This weekend, at the Formula E racing series Buenos Aires ePrix event, the organizers behind Roborace held their first on-track test between two specially-designed electric self-driving cars. While not quite as exciting as a race between human drivers, the cars, known as DevBots, still managed to reach speeds as high as 115mph. But as is often the case during tests like this, an accident did occur when one of the cars crashed while navigating a turn.

The event was billed as the “first race between driverless cars” because it was the first time Roborace used two cars on the same track at the same time. Fortunately one of the big advantages of autonomous racing proved itself during the exercise, as organizers noted that no “drivers” were harmed during the crash. 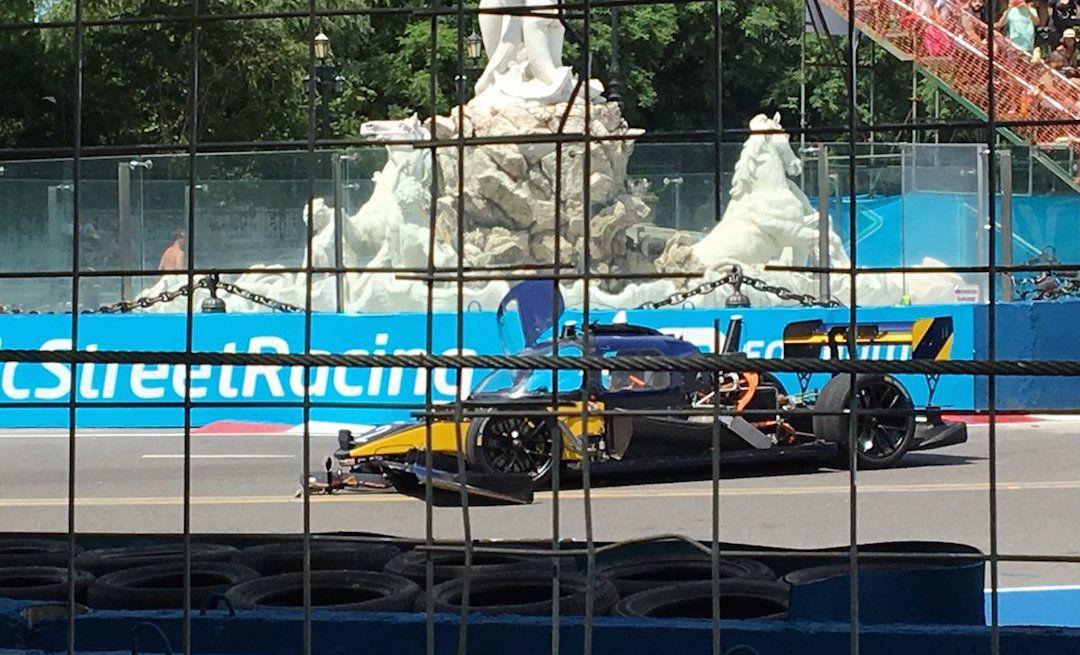 Autoblog Argentina was able to grab some pictures of DevBot 2 following its accident, revealing a hard collision on the right side of the vehicle. It was said that the car went into a turn a little too aggressively, losing control as a result. Since it was unable to finish, DevBot 1 was named the winner of the inaugural “race.”

As a racing series Roborace is still in development, but like Formula E the goal is to have multiple teams competing using the same vehicle design. This first event was an important step in getting to that point, as the driverless cars must be able to reliably navigate a track without accident. It’s likely going to take many more race-like tests before they’re ready for true competitions.