Aside from flooding the market with raging avians, brittle sweets, and violent vegetation, mobile gaming has become a chance for game developers and studios to re-introduce well-loved titles to a new generation. And maybe cash in on that, too. In that light, Square Enix is finally making available the original Dragon Quest to give veteran gamers a chance to relive the past on their smartphones and newer gamers to meet one of the games that started it all.

Next to, or perhaps co-equal to, the Final Fantasy series, the Dragon Quest franchise, also called Dragon Warrior in the US for a time, is one of the quintessential JRPGs of all time. While the first in the series, this isn’t the first Dragon Quest to arrive on mobile platforms. It was preceded by Dragon Quest IV and by the cel-shaded 3D Dragon Quest VIII. That said, being the first in the line, the original Dragon Quest occupies a special spot in gamers’ hearts and those looking to take a bite out of a piece of gaming history will surely appreciate this release.

The basic premise of the game is simple enough. You, the protagonist, are a descendant of a legendary hero named Erdrick. And, of course, it now falls on your shoulders to save the land of Alefgard from the clutches of the nefarious and ominously named Dragonlord. And you also have to retrieve the Sphere of Light in order to ensure that the forces of evil never show their ugly heads again.

One special feature of Square Enix’s ports of the Dragon Quest series, compared to other JRPGs on mobile devices or even compared with its own Final Fantasy ports, is that the game is really optimized for smartphones. Now, for most games that is usually marketed as “better touch controls”, but in this case, both the game and the content are optimized for a phone’s default phone orientation. Plus, you can also move the virtual movement button around so that you can play the game comfortably with one hand or two. 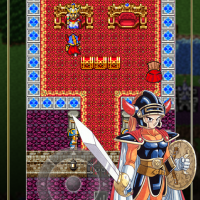 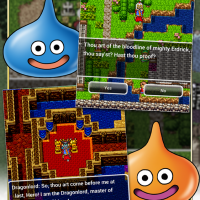 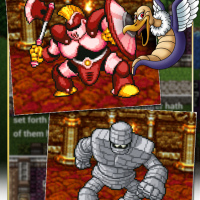 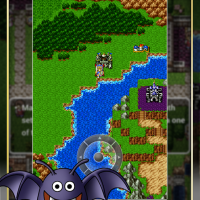 Compared to other classic titles in Square Enix’s mobile catalog, Dragon Quest I is actually relatively cheap, only $2.99, making the barrier to entry for this title low. For comparison, the first Final Fantasy costs $8.99. The game is available on both Google Play Store and iTunes App Store, so mobile gamers on neither side will feel left out.