Browser makers are going on a cookie diet. After years of allowing site owners to abuse cookies, the likes of Google Chrome and Mozilla Firefox are finally putting their foot down and saying “no”. The latter has actually rolled out its “Enhanced Tracking Protection” feature quite a while ago but it will now turn it on by default for all users. Mozilla didn’t stop there, though, and is pushing out more privacy-related features for other apps in its Firefox ecosystem.

To be clear, Firefox is targeting third-party cookies and tracking cookies only. These are cookies that are not only unnecessary for a website or page to function but are also controlled by advertisers, that is, not the owners of the site themselves. These cookies are designed to, well, track your activities even if you’ve never actually visited the third-party’s website. 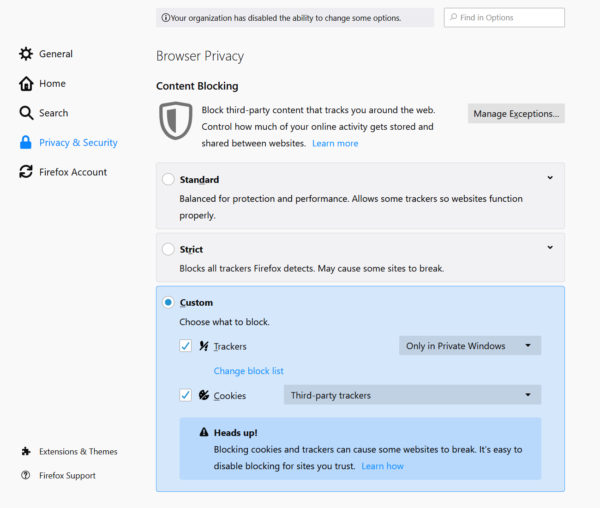 Firefox’s Enhanced Tracking Protection will block those cookies and now you won’t even have to know about them. The latest version of Firefox will turn that on by default and Mozilla promises you won’t even notice that anything is amiss. But in case you do get curious, it’s as simple as clicking on the shield icon next to the website’s URL to find out more or, at your own risk, turn off the protection.

Mozilla is also targeting Facebook specifically with Facebook Container Add-on that blocks Facebook Like and Share buttons that, according to the browser maker, is used to create “shadow profiles” of non-Facebook users. It is also expanding its Lockwise, formerly known as Lockbox, password manager from mobile to desktop via a new extension.

Last but not least, Firefox Monitor is also getting an important update. The service that lets you know if your email has been part of a data breach now recognizes that some people have more than just one email address. Now users can manage multiple emails and see at a glance if you should be careful of using that email.