Firefox may become the browser of choice for the tracking-paranoid, with Mozilla testing an experimental stealth feature that supercharges privacy. The new Private Browsing option, released in a pre-beta version of Firefox for Windows, Mac, Linux, and Android, takes the existing privacy window and layers on blocking of third-party analytics and tracking systems.

Although all of the popular browsers have some form of private browsing option, they usually focus on what’s going on locally.

Firefox’s current system, for instance, does not save any evidence of what sites you looked at on your local machine, but there’s still a third-party record on the sites themselves. The new Private Browsing feature Mozilla is testing, however, actively blocks various components of those sites that could track behavior. 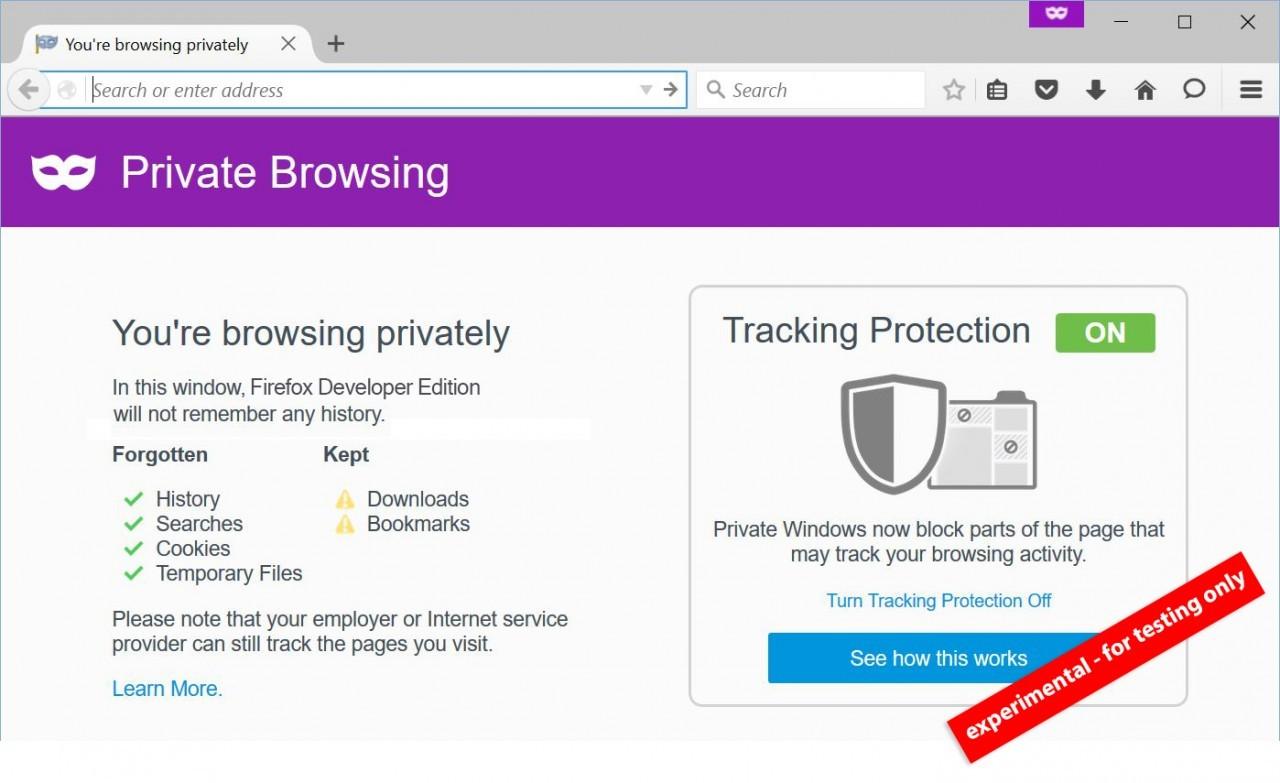 So, analytics tracking and social networks will be stopped from recording visits, in addition to cookies being wiped from your computer when you finish the private session.

Exactly how much information sites gather about visitors has proved a contentious point in recent weeks, with some criticisms voiced that too much data is being gathered by third-party services, often without the user realizing it’s taking place.

Indeed, Mozilla warns, some sites may look wrong or fail to work properly with the new privacy setting active.

Yours won’t be a completely invisible web footprint, however, even if you turn the test feature on. Your internet provider – and potentially your IT department, if you’re browsing from a work computer or through a VPN your company provides – will be able to see where you go, what you look at, and which files you download.

Meanwhile, the test build of the browser also includes new ways to verify and manage Firefox add-ons, turning on by default a system that aims to prevent them from accessing personal information or indeed being able to add toolbars, buttons, or even adverts or malware in the app.