It’s time for the next big version of one of the most popular web browsers on earth, Firefox 8, and though the drop in OFF setting for ad-ons are certainly the most talked-about feature for the system thus far, we’ll be going through the whole big couple of handfuls of new features one by one. What it appears Mozilla is trying to do here is make the web browser as friendly, interactive, and involving as possible to make sure you use it and nothing else to watch the web. Tabs up, apps down!

What you’ll see here is a mix of old and new, but mostly it’ll be new. I just want everyone to get a grip on what it means to use Firefox in its entirety.

One of the coolest features you might never notice if noone had told you about it is the apps tab. What you can do here is the Apps Tab. You have a new option for webpages that you keep open all the time – such as Gmail, for example. What you can do now is pin this page as an App Tab, its representation as a tab then minimized to only the icon that goes with it, it staying in place for when you’ll inevitably need it next.

There’s also a new feature which only has one tab loaded after you’ve restarted with all of your open tabs re-opening. Where before after you quit the browser and re-opened it, each page would have to load on its own, here only one page loads, the rest loading when you first access them from your tab area.

The icon sitting to the left of the URL in your Navigation Toolbar now serves a new purpose: it’s a button that leads you to security information on the website. Check out this example from Gmail and know the true truth! 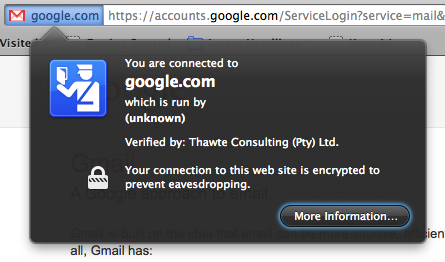 Two major things have happened with Add-Ons, one of them being the fact that each Add-On is de-activated by default instead of instantly ON when you install it into Firefox. This will help newbie users with the process of avoiding malicious Add-Ons they did not intend to work with. Mozilla programmer Justin “Fligtar” Scott notes the following:

“These add-ons installed by third parties present a number of problems: they can slow down Firefox start-up and page loading time, they clutter the interface with toolbars that often go unused, they lag behind on compatibility and security updates, and most importantly, they take the user out of control of their add-ons” – Fligtar

For those of you not familiar, Add-Ons Manager now sits inside a browser-like tabbed window and looks very much like what we currently recognize as an App Store. This helps and will very likely continue to help promote Add-Ons as such a layout is great for discovery purposes.

If you’re an avid Twitter user, you’ll be glad to see that you can switch your search bar to seek Twitter terms. Hashtags optional. You can also search for Twitter usernames if that’s what you’re in to. This feature is available in English, Japanese, Portuguese, and Slovenian at the moment.

Those of you that love to develop for the web specific to a single browser will be excited to hear that Mozilla have added some fancy HTML options for users who right-click. Context menus now exist for web apps and websites, and with them you can make your online creation much more like a desktop-based design.

Bugs and the rest

Of course there’s a bunch of bug fixes in this release which you can read about in the bug fixes list at Mozilla, then there’s more changes as well like cross-domain textures for WebGL, a master password for the Android version of Firefox, and more fantastic changes are on the way. Firefox is constantly being updated and improved, and Firefox 9 is already in Beta for those of you tired of using the already very, very outdated Firefox 8. Imagine that! Go download the new Firefox now!