Fire Phone’s problem is Amazon made shopping too easy

Amazon can’t be too pleased with the first batch of Fire Phone reviews. The smartphone’s more outlandish technology works, certainly – Dynamic Perspective tracks your face; Firefly snaps and searches for your products – but the takeaway nonetheless has been “so what?” Amazon can’t complain too loudly, however: it only has itself to blame.

It’s not hard to see Amazon’s strategy with the Fire Phone: after all, the retailer has done it before with the Kindle Fire HDX tablets. Take Android, strip out Google’s attempts to sell you something, and replace it with Amazon’s own alternatives for ebooks, music, video, apps, and of course physical goods.

On that basis, the Fire Phone should be even more compelling. Even the smaller Kindle Fire HDX is too big for a pocket, and with no integrated LTE option it’s more likely to stay at home or, at best, in a bag than be pulled out while you’re at the store. A smartphone, in contrast, lives always close at hand: ready for a shortcut-stab to Firefly and some pricing oneupmanship. 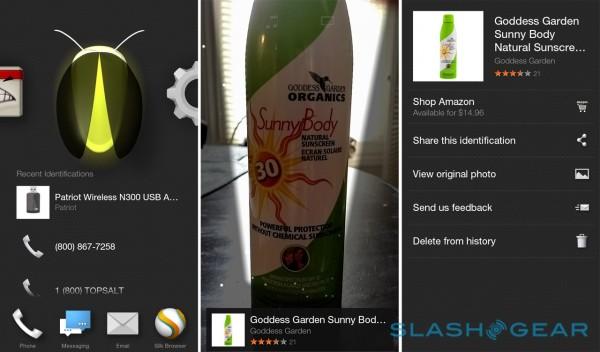 Does it work? Sure, it does. As I found in my Fire Phone review, Firefly is like a barcode scanner on steroids, for the most part quickly pulling up entries in Amazon’s catalog and – if you have 1-Click ordering turned on – a swift tap and you’re done. It’s equally easy to buy music, or movies, or an ebook.

Problem is, Amazon already did most of that with its existing apps. The Kindle software for iPhone and Android is just as good as on the Kindle Fire; the Amazon Store app for those platforms may not have all of Firefly’s scanning smarts, but it’s certainly good enough to hunt through the catalog, check out reviews, and then shop straight from your smartphone screen.

You could argue that Amazon realizes that, at least quietly. Dynamic Perspective is interesting but hardly essential, yet it undoubtedly adds a chunk to the Fire Phone’s sticker price, not to mention the complexity of explaining it. Time will tell whether Jeff Bezos & Co. should have taken a more simple approach: an affordable point-of-sale in your pocket, pitched at everyday consumers rather than distracting us with 3D fripperies.

My issue with the Fire Phone is that what should’ve been its unique selling point, its tight integration with Amazon’s store, has already been done well enough already. Amazon’s ubiquity across other platforms meant the Fire Phone had to distinguish itself in other ways, but right now Dynamic Perspective underwhelms without a killer app to pitch it.

The irony, then, is that as a devoted Amazon customer I should be the perfect target audience for the Fire Phone. Problem is I’m already catered for, and without aggressive pricing or an unusual pitch like bundling the handset for Prime subscribers, there’s little there to persuade me to ditch my current device.

Considering the Amazon Fire Phone? Unimpressed? Let us know in the comments…