Fingerprint sensors on phones: we still need them

Thanks to sticking to a more conservative iteration, the Galaxy S9 barely dodged being compared to its biggest rival. Yes, there’s the AR Emoji vs. Animoji debate, that was pretty much the highest-profile one. There is, however, one that somewhat flew under the radar. Samsung’s new Intelligent Scan biometric authentication combines iris and face recognition that is a not so subtle attempt at trying to outdo Apple’s Face ID. This new-old feature is just one part of a movement that’s slowly gaining traction to remove the fingerprint scanner from phones completely. A trend where the cure may be just as bad as the cure.

Face, eyes, or both

Intelligent Scan is a mix of both old and new. Samsung didn’t exactly introduce revolutionary new sensors for iris or face recognition. What it added, instead, was some smartness where the Galaxy S9 will know which front-facing authentication feature to use. If for some reason, it fails to identify using a face, it will switch to using the iris scanner and if that fails too, it will try to use a combination of both. This trial and error process happens almost instantaneously, which is actually what Samsung is boasting about.

Samsung itself is a bit ambiguous about its technology. It will never use face recognition for critical transactions like Samsung Pay. Even when using Intelligent Scan, it will default to forcing iris recognition. So while Samsung may boast about how fast and convenient Intelligent scan is, it doesn’t seem to have much confidence in its accuracy and security.

It does, however, confidence in its iris scanning technology, though others are less convinced. It has been demonstrated to be easily spoofed, which implies that this new Intelligent Scan isn’t going to be significantly better. Naturally, at this point, many will praise Apple’s Face ID, which is admittedly better but still not quite.

Your face is not flat, not completely unique

The reason why Apple’s Face ID is believed to be better is that it doesn’t treat your face as a flat, 2D picture. It creates a 3D map of your face and uses certain indicators and algorithms to distinguish a face from a mask replica. A non-flat representation is easier to get right, true, but it’s not without its faults. Apple basically admitted as much when it initially didn’t allow approving family purchases using Face ID. In case a family member with similar looks tries to trick it

Apple isn’t alone in this trend. Huawei is also adopting a 3D face recognition system and, if leaks are spot on, it will also be following suit in completely banishing the fingerprint scanner. Unfortunately, Neither Samsung’s nor Apple’s new biometrics are reliable enough to cover all cases, both simple unlocking ones to buying online. That leaves just one fallback: PIN codes. 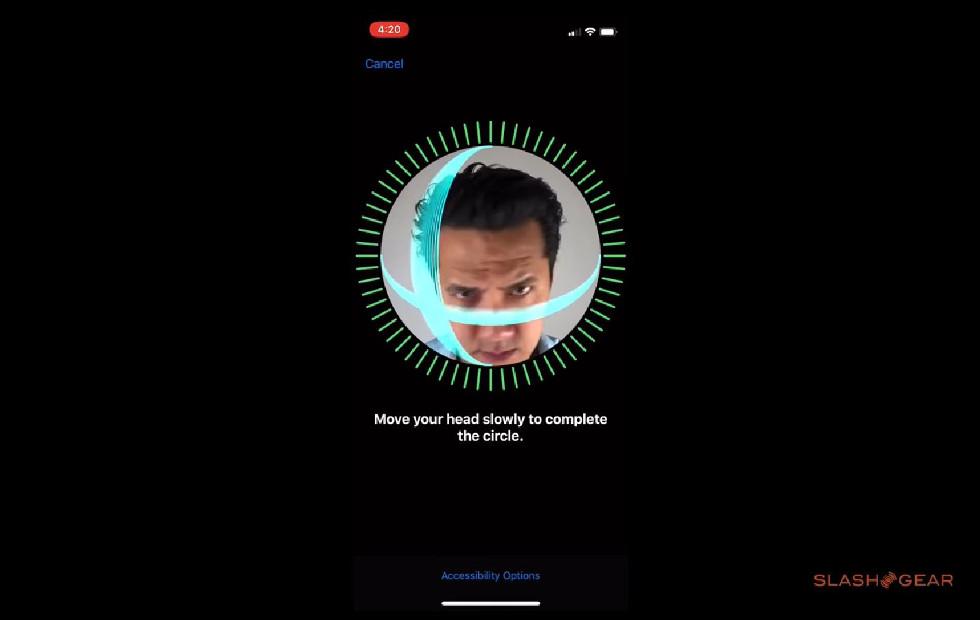 PIN codes, patterns, and whatnot have always been fallbacks even when fingerprint scanners were the only alternative form of authentication. But the success rate of fingerprint scanners has meant they get used less and less. Having them as the last recourse wouldn’t be so bad and is, in fact, critical. Except for the problem that users have terribly bad habits when it comes to passwords.

Every year, a new list of the worst passwords is published and it’s not surprising to see “1234” among those. These are often used as PINs for phones as well. Birth dates are only so slightly better. Might as well hand over access to the phone.

So why are manufacturers slowly doing away with fingerprint sensors? Unfortunately, not for good reasons. Unlocking with your face might be more convenient, but only if you have the phone lifted up to your face already. It obviously won’t work in any other context or position.

To some extent, we can blame Apple for this. It had to remove its Touch ID from the front to make room for a bezel-less screen. But instead of admitting it could simply relocate that button to the back like LG or Huawei, hubris might have pushed it to adopt face recognition and spin it like the best thing ever.

Being the trendsetter that it is, other OEMs are following its design and marketing. 3D face recognition is becoming a thing. And companies who have long had no problem with the fingerprint scanner on the back, like Huawei, are removing it just because.

You can probably also blame Synaptics for coming up late with its in-display fingerprint sensor. Had that come in time, the story might have been a bit different. Apple will probably still have 3D face recognition but Android phone makers would be able to use a different point of differentiation.

Face recognition, specifically 3D face recognition, is an inevitable part of progress. It’s still going through growing pains and stumbling along the way. And that’s fine. The fingerprint scanner, admittedly, experienced much resistance and doubt as well.

The problem is that some seem to be eager to throw out the baby with the bathwater, so to speak. They seem to be saying that the two technologies are mutually exclusive. More expensive together, sure, but not mutually exclusive. Unfortunately, we should still keep the fingerprint scanner, in whatever form possible. Because outdated or boring or more expensive it may be, the alternative, bringing back reliance on passcodes and PINs as fallback, is just far worse.