Final Fantasy XIV Online: Endwalker hands-on through the eyes of a complete noob

2021 really feels like it’s been Final Fantasy XIV Online‘s year. The game has enjoyed an uptick in popularity and visibility, both as a place for World of Warcraft refugees who are either disappointed in Shadowlands or sick of Blizzard, but also as a game that can stand on its own as an excellent MMO. Square Enix is set to cap off a good year with the release of Final Fantasy XIV‘s fourth expansion, Endwalker, in November, and I recently had the chance to sit down with the expansion to test it out.

Look, right off the bat, I need to level with you: I am still very much a Final Fantasy XIV noob. I only started playing the game over the summer, so I am a sprout in every sense. I’d only just finished the main story quest for A Realm Reborn 2.0 when I sat down to take a look at Endwalker, meaning I’m still three expansions behind this new one. In terms of max-level, endgame content, I am completely clueless.

Sadly, that means I can’t give veterans the analysis they’re probably looking for. I can’t really dive into the intricacies of Endwalker‘s two new jobs – Reaper and Sage – simply because I’m not familiar enough with the game yet. 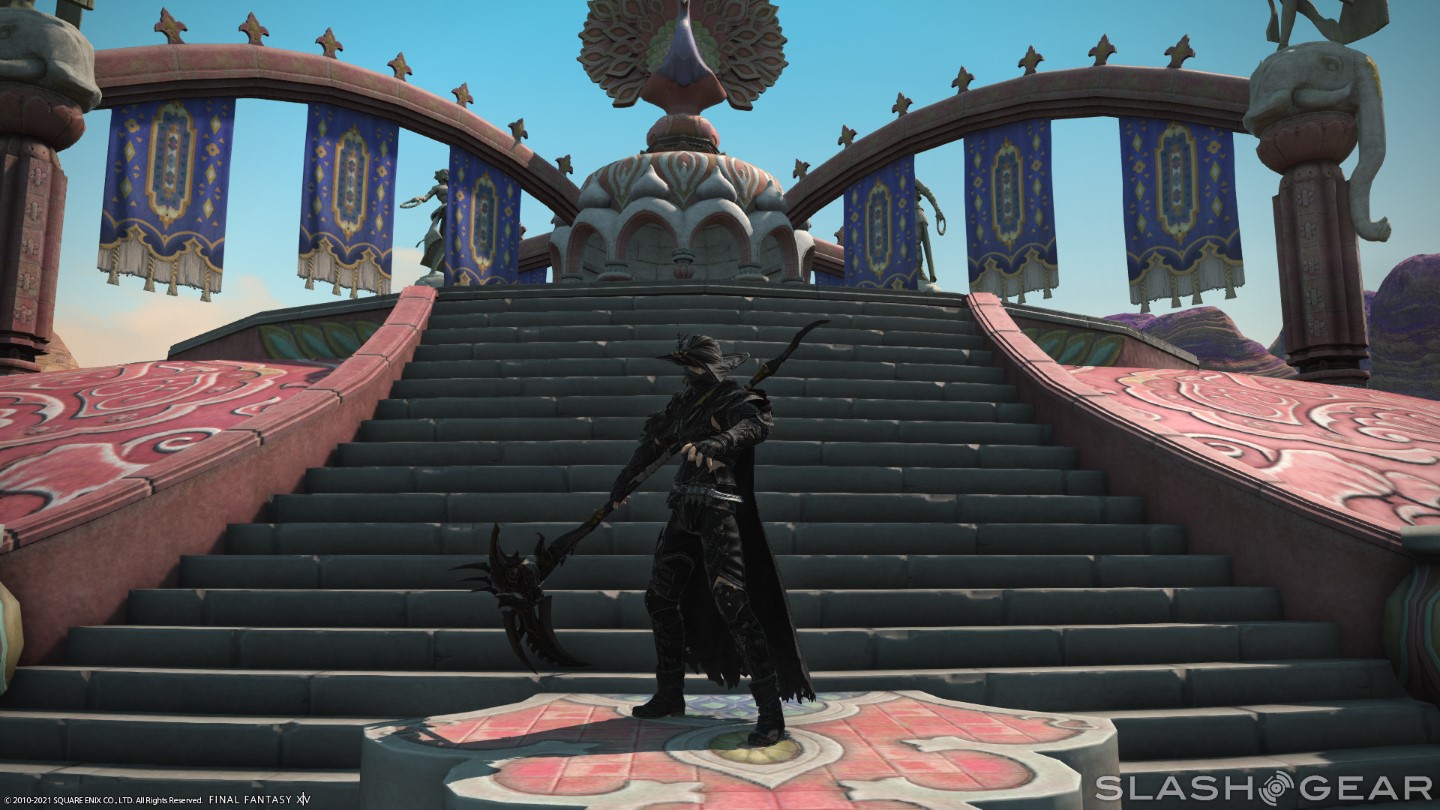 However, it usually doesn’t take a deep familiarity with something to recognize that it’s cool, and Endwalker is really freaking cool. I may not know what, exactly, I saw during my hands-on time with Endwalker, but I know that it all looked fantastic.

I was given a preview that was fairly limited in scope compared to all of the content that I’m sure will be in the finished product. During my hands-on time, I got to take the Reaper and Sage jobs for a spin, and I also got to look at three new regions: Old Sharlayan, Thavnair, and Garlemald. I also ran through the new Tower of Zot dungeon, which was one of the highlights of the preview for me. Keep in mind that what I saw was an in-development version of Endwalker that could change before launch, so what I describe here may not be accurate when the final expansion drops on November 19th (not that I’ll be getting too specific anyway). 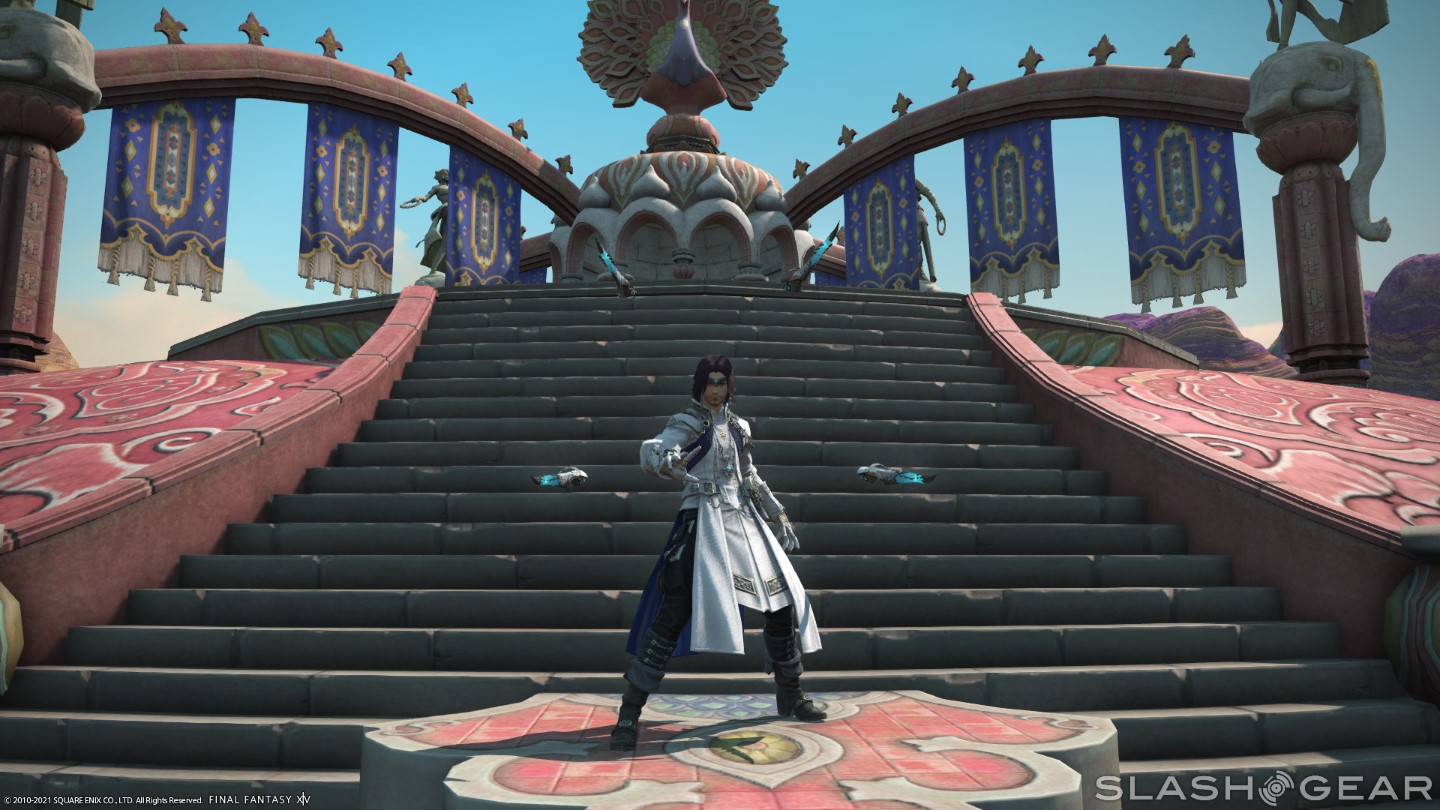 Though my time with the new classes was limited, they both feel pretty good to play. My main class so far has been Bard, so it felt good to play a melee DPS class such as the Reaper. Not only is Reaper fun, but its abilities and armor all look awesome, so expect this to be a popular choice for DPS players when the expansion is here.

On the other hand, Sage seems like a ridiculous class that heals in addition to shooting lasers. I had never played any healing class before this Endwalker preview, so I can’t theorize about how Sage will stack up to other classes like White Mage and Astrologian, but nothing is boring about Sage. In fact, Sage might be the job that gets me to give healing an honest attempt because it seems to blend flashy abilities with useful healing and utility, and that’s a hard combination to resist. 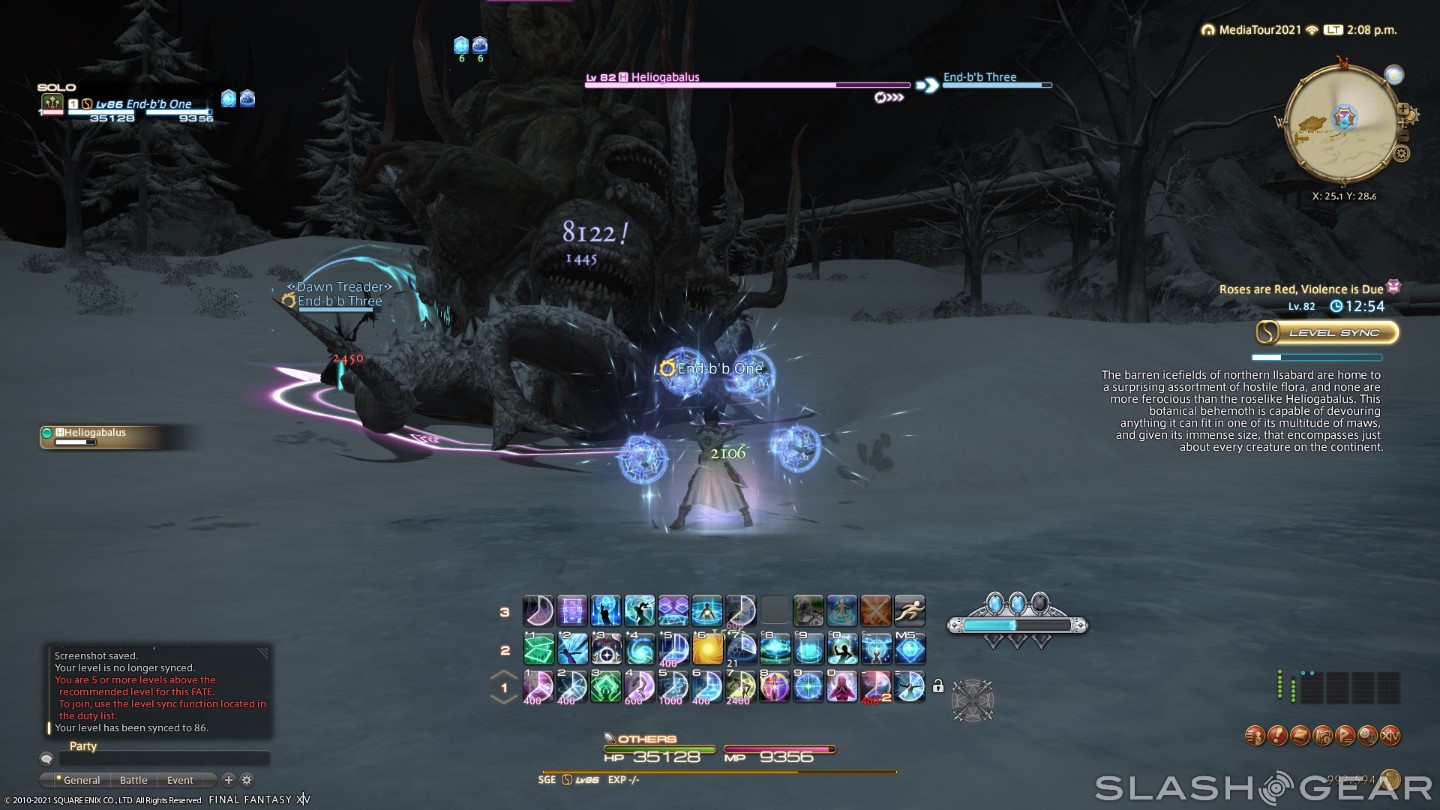 Old Sharlayan was the new city we had access to, and even though there wasn’t much to do there in this early build, we were free to explore it as much as we wanted. I spent a decent chunk of the preview exploring Old Sharlayan, and it is a beautiful place. I can’t wait to see it filled with players once Endwalker launches.

The two regions we were allowed to explore – Thavnair and Garlemald – could not be any more different. Thavnair is this colorful, coastal paradise and jungle with some massive structures and towering mountains. Contrasting with that almost diametrically is Garlemald, which is this dark and gloomy northern wasteland covered in snow and the ruins of a sprawling city that once was the Empire’s capital. Both regions have a lot of character to them (which I suspect is why they were chosen for this preview), though I have to say that Garlemald was almost depressing in how bleak it was. 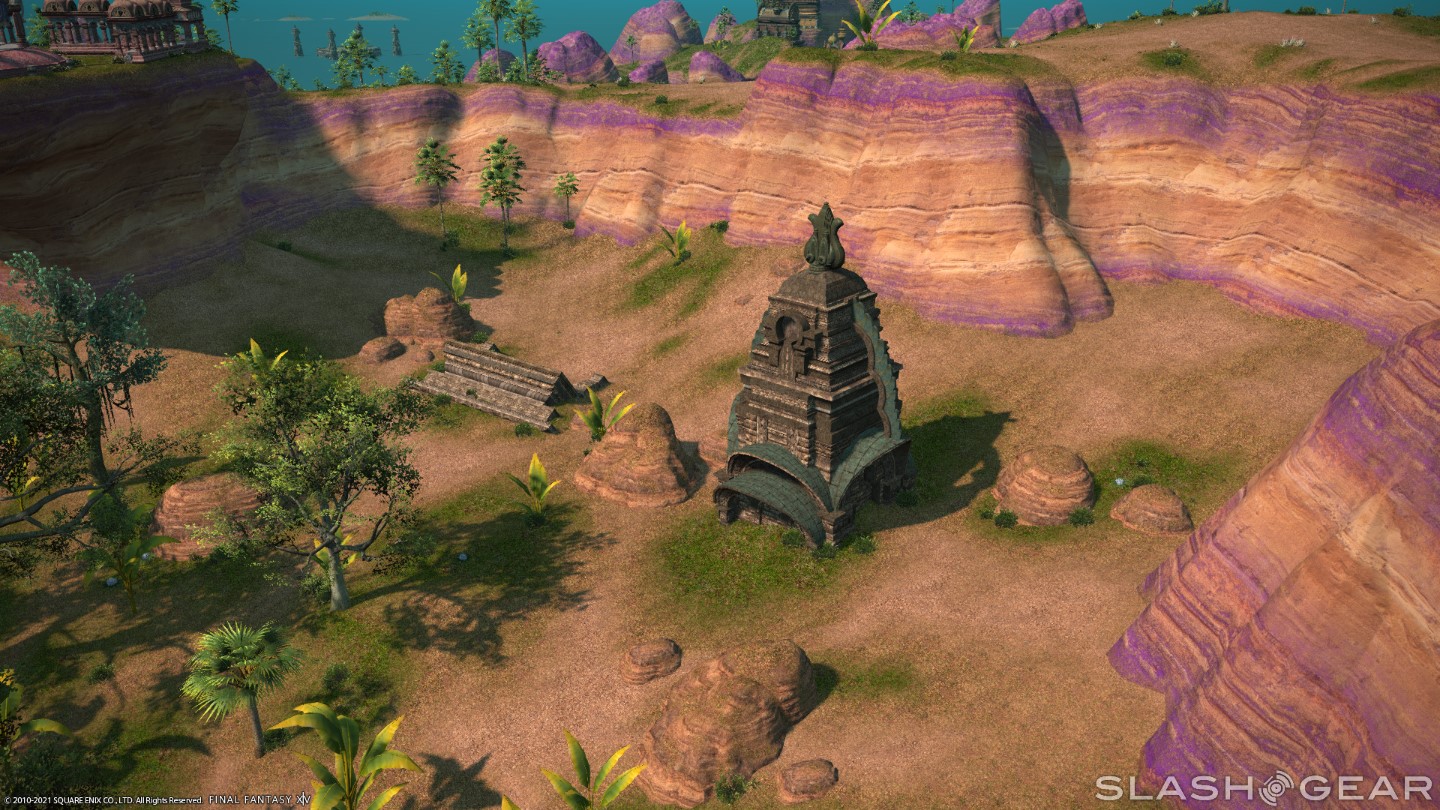 The single dungeon open to us, The Tower of Zot, was the most exciting part of the preview to me. Considering that this was my first time playing at max level, I decided to switch to the class I originally started as – Bard – simply because that was the class I was most familiar with. As someone who has only experienced the dungeons in A Realm Reborn so far, The Tower of Zot was a pretty incredible experience. While A Realm Reborn dungeons can be blink-and-you-miss-it speedruns, my group had to take its time going through The Tower of Zot, particularly at the boss fights.

My group also wiped several times, and even though I’m sure most of that can be blamed on the fact that this was my first time doing a max-level dungeon (sorry, dungeon group), at least a couple of those wipes can be blamed on challenging boss mechanics. That’s something I love to see, and I had a fantastic time running through The Tower of Zot. I’m excited to revisit it once the expansion launches, and I have a lot more playtime under my belt. 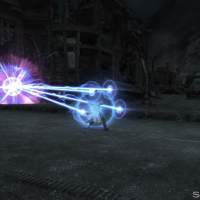 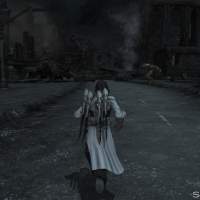 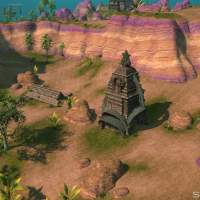 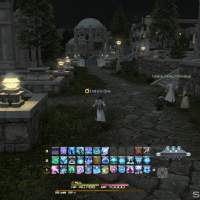 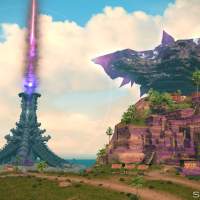 I know I can only talk about Endwalker in broad strokes because of my relative inexperience with the game, but I think if there’s a takeaway from my hands-on time that can be appreciated by any Final Fantasy XIV player, whether they’re new or a veteran, it’s this: Oftentimes, looking at my progress through the main story questline in Final Fantasy XIV and seeing how many quests lay before me until I’m all “caught up” could be an overwhelming thing. I’m just barely into the post-2.0 content, so I have a long way to go and I know it. Don’t get me wrong, I’ve been having a blast with Final Fantasy XIV so far, but a grind is still a grind.

This glimpse at Endwalker I received made me super excited to continue the main story quest and see what’s next. In the months since I started playing, I’ve had countless people tell me that Final Fantasy XIV is a game that only gets better the more you play, and while I always believed them, the time I spent with Endwalker proved it.

I may not be caught up and ready for Endwalker on day one, but I definitely will be at some point shortly afterward, and I’m looking forward to exploring more of what this expansion has to offer then. In the meantime, I’ll just be a sprout grinding away, dreaming of his brief stint ridiculously cool Reaper.