Although a proprietary closed-source operating system, Windows also plays host to a suite of popular open source software, many of them providing functionality that’s hard to find from proprietary solutions, especially for the price of free. Not all open source programs, however, are always free of shady behavior and, depending on who’s in charge, some may start taking questionable actions to keep the lights on. One recent example is the popular FTP program FileZilla that has now resorted to a somewhat deceptive strategy to put adware on Windows computers.

Most Windows users probably won’t need an FTP client but for the times that you do, FileZilla has traditionally been the most recommended solution. It isn’t pretty nor simple but it’s free, open source, and gets the job done. Now, however, it also comes with adware you might not be aware of if you don’t read the fine print.

nixCraft reported the silent and sudden change to FileZilla’s installer for Windows. Most seasoned users will probably just download the default Windows installer while new users are unlikely to read some of the small text beneath the large download button. That text simply reads “This installer may include bundled offers”, which often translates to “apps with ads” or even just “ads”. 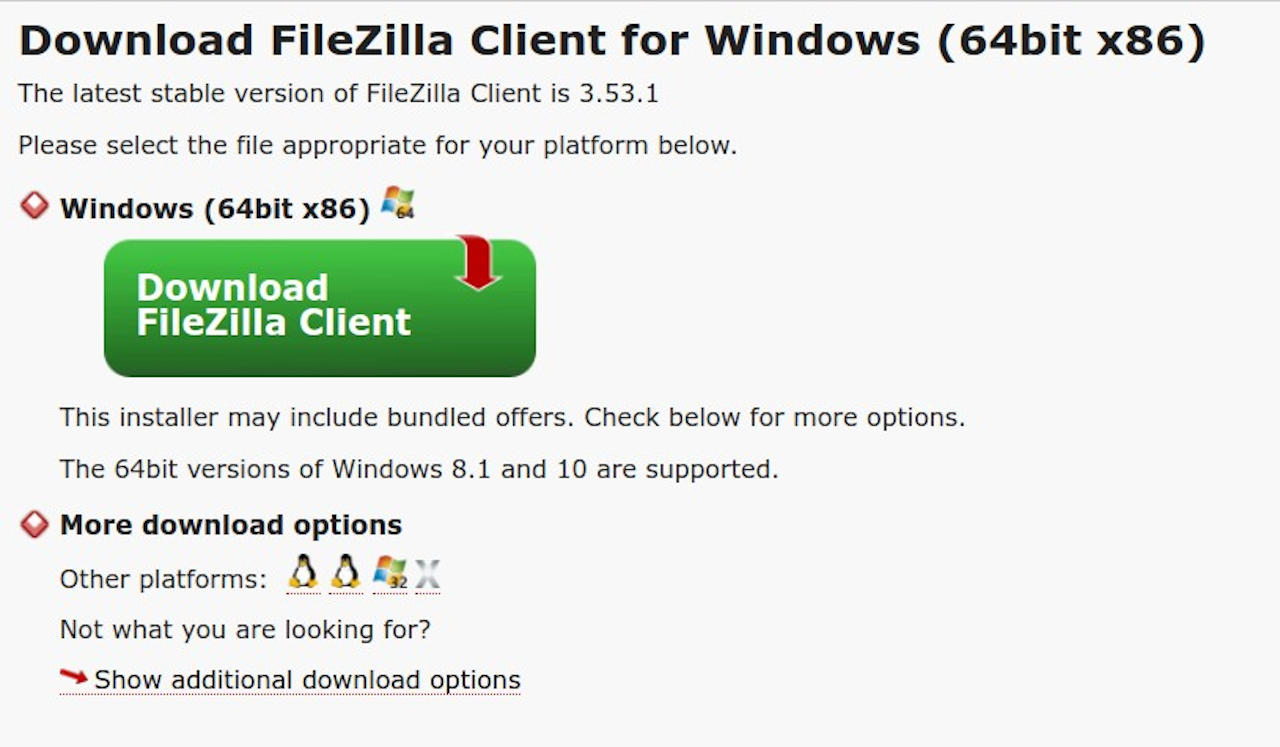 This has somewhat become a common practice, at least on Windows, for many apps that are offered for free. Their installers would often include browser extensions or additional software that themselves may have some user tracking functionality. These also often cause antivirus software, including Microsoft Defender, to fire an alert to warn users of potential shenanigans.

nixCraft recommends WinSCP, another free, open source FTP program, for those that really need one on Windows. That said, FileZilla does offer Windows installers that are adware-free, but you have to dig for them and aren’t the first option offered by default.