It may look like a Shuffle, but the Fiio E5 isn’t even a PMP.  In actual fact it’s a clip-on headphone amplifier, intended to boost volume from your favorite media player and drive higher impedance cans than might normally work.  With an Apple-style clip, the E5 measures just 44 x 38 x 12.2mm but boasts 150mW (at 16Ω; or 12MW to 300Ω) power output with under 0.009-percent distortion at 10mW.

That makes it 30-percent more powerful than its E3 predecessor, despite only being 26g and having a rechargeable battery good for 20hrs use. The original E3 did well in reviews, only being gently critiqued for emphasizing bass at the expense of some treble, but the first previews of the E5 suggest it has a far more neutral sound.

It also has onboard volume controls, which were missed on the E3.  The Fiio E5 should be available now, priced at under $20. 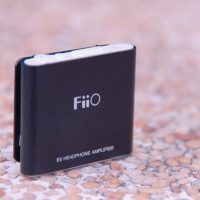 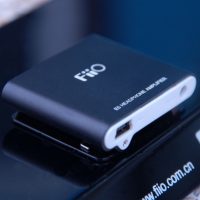 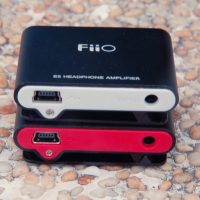 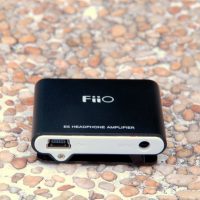 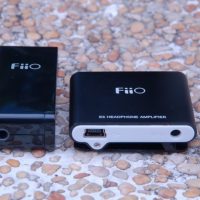