The possibility of us needing a jumping robotic kangaroo in the future is very slim, but it’s good to know that the technology behind it is already being worked upon. Germany’s robot developers Festo are known to have some innovative concepts, adding to the list is this BionicKangaroo, one that mimics the animal’s gait and jump.

Robot locomotion is the main application behind the new robot. It puts into action the norm of recovering the energy when jumping, and then storing it to use it efficiently in the next jump. To produce this effect, Festo has employed pneumatic and electrical drive technology, which results in the jumping movement.

To ensure that the jump is stable, and the robotic kangaroo doesn’t fall down, the developers have used stable jump kinematics and precise control technology. What further helps the unique jump is the lightweight construction of the body and gesture control, using an armband. 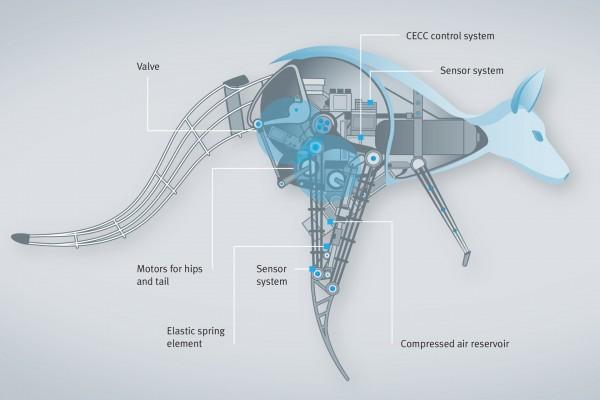 One can only imagine the amount of energy that this kangaroo-bot would require to move. So, it comes as no surprise that emphasis has been laid on the mobile energy supply on board. To ensure seamless supply, the team developed two different concepts; the first one uses an integrated compressor and the second one uses a mobile high-pressure storage device. While this wraps up the technical aspects of the BionicKangaroo, the practical application of this bot has yet to be determined.