Ferrari has revealed its latest supercar, with the 812 Competizione promising to coax more performance from the Italian automaker’s iconic V12 engine. Offered in both coupe and targa variants, though each only in vanishingly small numbers, each can go from 0-62 mph in 2.85 seconds, and hit a top speed of 211 mph.

For that, you need a 6.5-liter V12 gas engine, in this case fettled for 818 horsepower and 510 lb-ft of torque. Ferrari combines that with a 7-speed F1 DT gearbox – with 5-percent faster shift times – four-wheel independent steering, and a near-perfect weight distribution front to rear.

That’s a neat uptick in power from the 812 Superfast on which the 812 Competizione is based, particularly given Ferrari’s engine is naturally-aspirated rather than boosted. The automaker bumped the redline to 9,500 rpm, too, while throwing in lighter titanium con-rods and putting the crankshaft on a diet. Completely redesigned cylinder heads and distribution also helped with the increase.

A new tailpipe system not only keeps the Ferrari wail, but adds a gasoline particulate filter to keep the car in compliance with the latest emissions regulations. A second pair of resonators were added to the intake tract to better harmonize with the new exhausts.

Ferrari then turned attention to the brakes, and in particular their cooling, borrowing a system from the SF90 Stradale that combines the air intakes with the front “Aero” calipers. The main grille, meanwhile, supplies the engine and cockpit, while new hood louvres and front wing vents mean the underbody vents could be shrunk down. That meant more downforce overall. 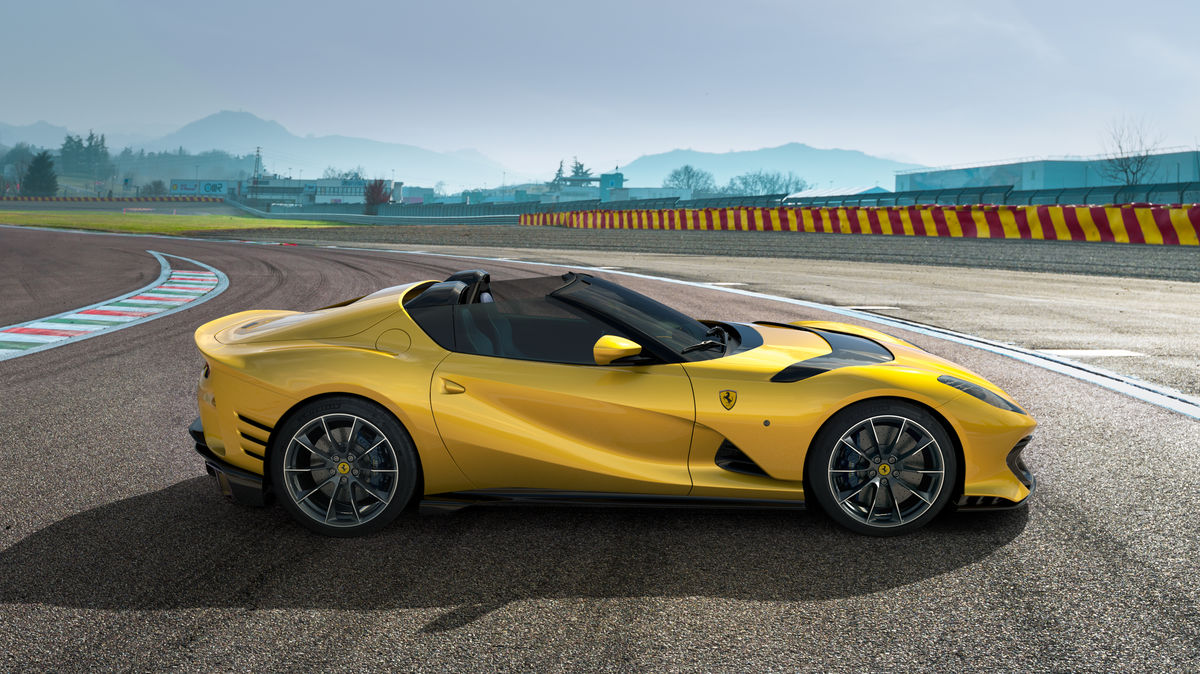 Noticeable is the absence of an open rear screen. For the first time on a Ferrari production car, that’s completely closed and now features three pairs of vortex generators. They contribute 10-percent of the extra downforce the 812 Competizione enjoys over the 812 Superfast. More carbon-fiber inside and out, plus weight trimming from the powertrain, helps cut more than 83 pounds in weight.

Along with Ferrari’s first use of four-wheel steering, there’s a new version of the Side Slip Control (SSC) system. That harmonizes control of the electronic differential (E-Diff 3.0), traction control (F1-Trac), SCM-Frs magnetorheological suspension control, brake pressure control when driving on the limit (FDE) available in Race and CT-Off Manettino settings, and the Virtual Short Wheelbase 3.0, for speedier performance. 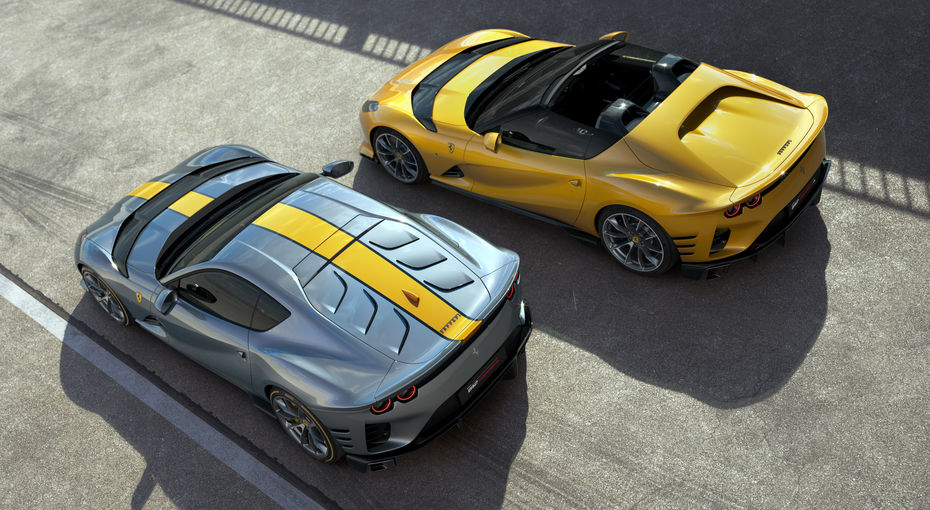 Outside, there are all-carbon-fiber rims for the first time – over 8 pounds lighter, in all, than the standard versions – along with a wider front grille and new taillight clusters. A scoop has been added to the rear bumper, while the rear spoiler is higher and looks wider.

Inside, much of the 812 Superfast aesthetic is carried across. The 812 Competizione has lighter components, however, trimming away some of the bulk – like the armrests – but also returning key Ferrari detailing such as a gear-gate theme. The targa version of the car, the 812 Competizione A, has a removable carbon-fiber panel, which can be stowed in the Ferrari itself.

No word on pricing or just how many of each car that Ferrari plans to build.