The Food and Drug Administration has approved a coronavirus testing kit from Bodysphere, one that can detect antibodies related to the virus in only two minutes, the company announced today. The test will be deployed in states around the country, enabling healthcare facilities to test for signs that the patient had contracted the virus at some point. The testing kit is only intended for use by medical professionals, however. [Update: This announcement could well be a hoax, it’s been reported; see the update at the end of the article]

The FDA’s Emergency Use Authorization was given to Bodysphere for its COVID-19 IgG/IgM Rapid Test, which is a lateral flow immunoassay that can look for COVID-19 virus antibodies in the blood, plasma, and serum, according to the company. The benefit of an antibody test is that it can be used to determine whether someone previously contracted COVID-19, but then recovered from it without any testing at that time. 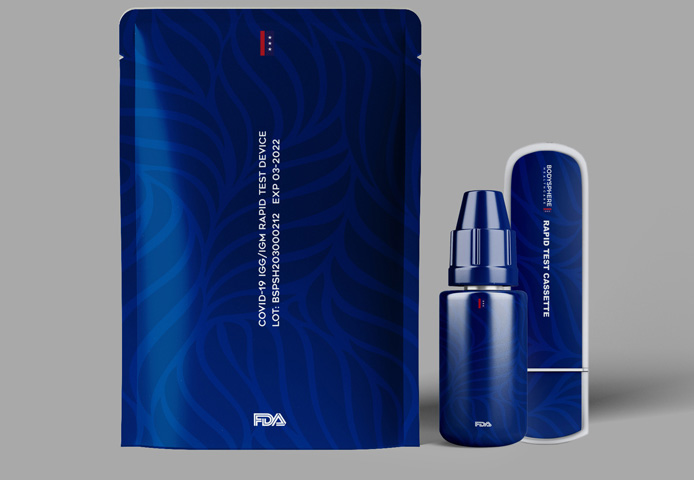 The test takes between two and 10 minutes to return results, according to Bodysphere, which explains that its testing kit doesn’t require lab equipment or extensive staff training. Put simply, Bodysphere says its antibodies test is as simple as a blood glucose test, though consumers won’t get direct access to the testing kits. Reuters, Axios, and others reported on the announcement.

Thus far, the Bodysphere testing kit has reportedly been put to successful use in multiple states; the company is working with state and federal health officials to expand the availability of its testing kit to hospitals and urgent care facilities. It will only take ‘weeks’ to get millions of these testing kits deployed through the United States, the company claimed.

When we realized we had the ability to step up and fight this pandemic at a critical point, we focused all our resources on bringing the rapid test kits, masks and other critical supplies to the front lines as soon as possible. Thankfully, when our perpetual quest for improving health put us in a position to deliver this lifesaving product – it became quite clear what we had to do.

Update 4/1: There are strong indications that this announcement could all be a hoax, potentially tastelessly timed to coincide with April Fools Day. “No serology tests have received an authorization to test for coronavirus” the FDA confirmed to the Washington Examiner, when it inquired about the type of emergency use authorization Bodysphere claimed to have been granted. There’s also no mention of the company on the FDA’s page for emergency use authorizations.

In a statement, the FDA explained some of the limitations of serology tests, though also confirmed that it “is not objecting” to their distribution and use, as long as certain criteria are met:

“Serological tests measure the amount of antibodies or proteins present in the blood when the body is responding to a specific infection. In other words, the test detects the body’s immune response to infection rather than the virus causing the infection. In early days of infection when the body’s immune response is still building, antibodies may not be detected. This limits the test’s effectiveness for diagnosis. Given their limited use and the fact that serology tests are less complex than molecular tests, the FDA is not objecting to the distribution and use of serology tests to identify antibodies to SARS-CoV-2 where the test has been validated, notification is provided to FDA, and appropriate statements are included with the test reports, for example, noting the test has not been reviewed by the FDA and that results from antibody testing should not be used as the sole basis to diagnose or exclude SARS-CoV-2 infection or to inform infection status. This approach provides flexibility for developers, with appropriate transparency regarding the limitations of such tests.”

We’ll update when we learn more.