Far Cry 4’s map was reused in Primal, and Ubisoft should have embraced it

Back in 2013, Ubisoft made an interesting move with the Far Cry series. Far Cry 3 did incredibly well, and the team decided that they’d have some fun and make a stand-alone expansion for the game that took a completely different turn that we were used to. The result was a retro-futuristic game starring a cyborg named Rex “Power” Colt named Far Cry 3: Blood Dragon.

The game was radically different in appearance from Far Cry 3, with the lush green world replaced with neon colors. However, it was really just the same game with a new skin on it. Sure, there was a different story and new missions, but it boiled down to being a pretty similar game. And that was just fine. After all, you could pick the game up when it first released for just $15. With a price like that from a AAA studio, no one expected years of development on a completely new game.

This brings us to today, where Ubisoft has released Far Cry Primal. A completely new take on the franchise, which puts the player in the shoes of a hunter back in the Stone Age. Instead of baddies with guns, you have to fight wild beasts and rival tribes. The similarities seem to be few and far between. At least until you realize that you’re literally walking the same path.

The guys over at GamePressure noticed that they were walking through familiar territory, and decided to dissect the game’s map, and compare it to the one from Far Cry 4. What they found wasn’t that maps were similar, but that they’re virtually identical. 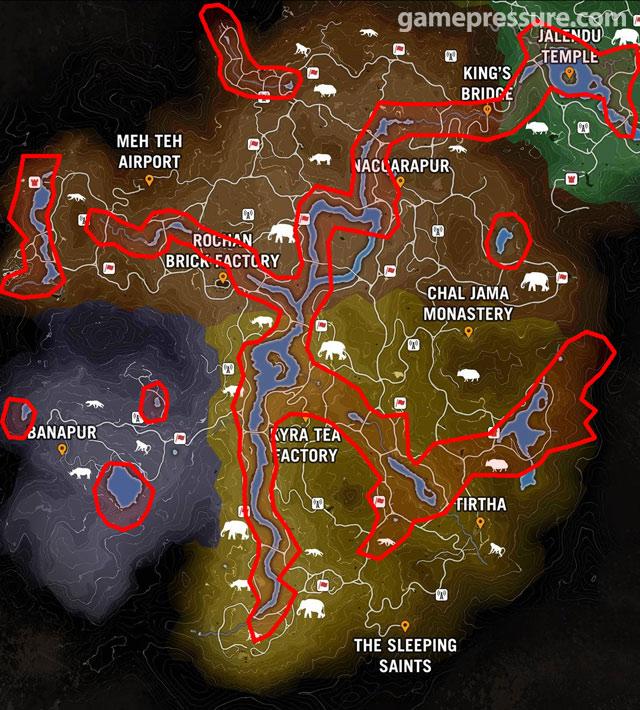 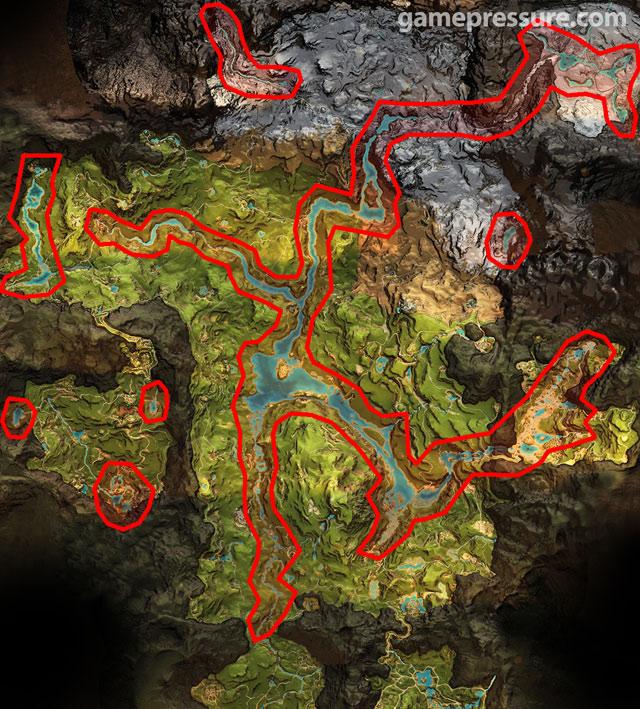 Kotaku recently spoke with someone familiar with Ubisoft and confirmed that the team did in fact recycle the heightmaps from the Far Cry 4 map. Heightmaps are essentially the topographical version of the game map, the framework of what you need to start building your world. So yes, if you feel like you’re treading the same ground, it’s because you are.

Since Blood Dragon took a similar route during development, then people shouldn’t be upset to see this in Primal, right? After all, they’re both radically different takes on the Far Cry world, set between the main numbered installments of the game. Well, there’s one main difference between the two that’s worth noting: The price.

When Blood Dragon was released, it was just $15. If you saw the original trailer, that was definitely a game that you could get excited about, and throw 15 bucks at. The game was also never touted as a completely new experience. It never had a big teaser, you didn’t see ads for it all over the place. Just a lot of people talking about this weird 80’s action shooter that you could pick up on the cheap.

Far Cry Primal is a completely different story. Ubisoft has been talking this game up for months, and promising that it would be a completely new experience, unlike Blood Dragon. And the price is just the same as any other AAA title, $60.

When you pay full price for a brand new game, you really don’t want to start seeing old assets being used in it. Once you realize that the company didn’t take the time to even make a new map, you start to wonder what else they just rehashed to get the game done. What other corners did they cut? And with those thoughts in mind, Ubisoft is getting a lot of backlash from gamers.

I can understand the need to recycle content to get a game out that isn’t part of your core series. I really can. However, Ubisoft missed out on a huge opportunity to make this a positive, instead of something negative. Imagine a few Easter eggs that alluded to the fact that you were standing in the same spot that Ajay Ghale would stand some 12,000 years in the future. Now suddenly players aren’t wondering if the company skimped out on development and cut some corners. Instead, they’re excited to explore the land to see if they can find any other references to the previous game that they enjoyed.

What do you think? Does a recycled map layout bother you? Or does the fact that it seems pretty different on the surface excuse the use of old content?