The company that’s bringing Fan TV to the market is not a new one. It’s not necessarily an old one, either: still considered a “startup” as they released their “Fanhattan” app back in 2011, they’ve since moved this streaming video environment to the web and now – surprise – to the television as well. While the machine itself does not yet have a price point or a release date as such, co-founder of Fanhattan Gilles BianRosa spoke up this afternoon: they mean to take over.

The device known as Fan TV, developed and manufactured by Fanhattan, builds on the success of the web and iOS-based Fanhattan collections of video sources. Inside users will also find live TV, on-demand TV, a “cloud-based DVR”, and streaming services galore. Then there’s the remote.

While the rest of the world – for the most part – still works with keyboards and multiple physical buttons to control any display, Fan TV uses a single palm-resting touchpad. Designed to work without having to see anything but the display it’s controlling, this pad is also designed with its physical aesthetic in mind – it looks like an upside-down version of the Fan TV main unit. 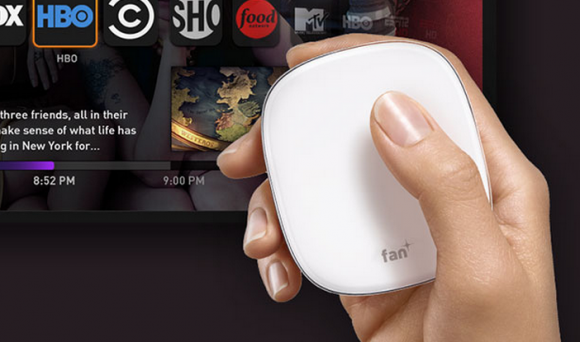 This system works with multiple services, and will work with more by the time it launches. Though the actual device has not yet been tied to any services, but having a peek at those connected with the iOS and Web Fanhattan user interfaces should give some rather healthy clues. It’s expected that RedBox Instant, Netflix, and Hulu Plus will continue to be partners with the effort when this device launches – whenever that ends up being. 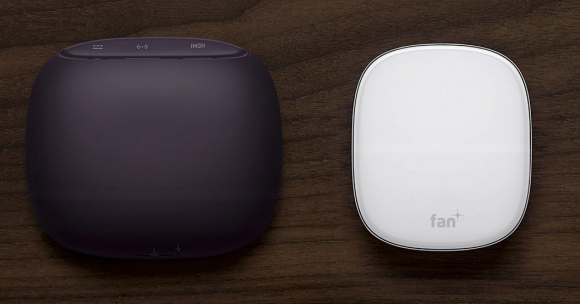 BONUS: Fan TV works with Kabletown! According to Fan TV: “Yes, we know Kabletown isn’t real, but we love Liz Lemon. Product images represent the vision of where we’re headed and are not indicative of final partnerships.” 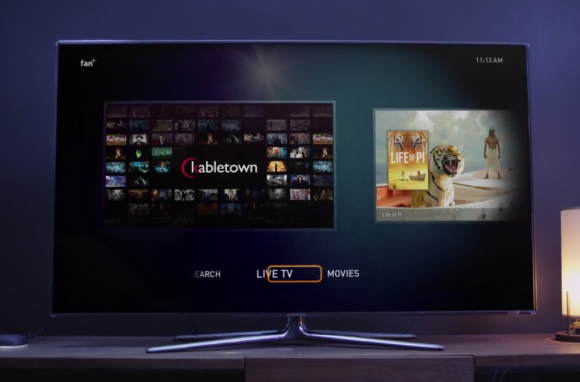