If you’ve visited Twitch at any point in the last 24 hours, you probably encountered a very strange livestream hosted by Bethesda. Yesterday morning, the company began streaming video of a Vault Boy bobblehead in front of a screen that featured Fallout’s iconic “Please Stand By” alert, managing to keep thousands upon thousands of viewers watching throughout the day and night. Now, many hours later, that livestream has culminated with the reveal of a new game: Fallout 76.

What is Fallout 76? We don’t know for sure, as the trailer Bethesda debuted at the end of the livestream amounts to only a teaser. Todd Howard made a brief appearance before the trailer was shown, and he told us that we can expect to hear more during Bethesda’s E3 press conference next month.

The teaser trailer, which you can see above, has a lot in common with the teasers for other Bethesda-crafted Fallout games, but Fallout 76‘s title suggests that it won’t be part of the mainline series. Given Bethesda’s choice of soundtrack – a cover of John Denver’s “Take Me Home, Country Roads” – we can assume that the game is set in West Virginia (or somewhere nearby in the eastern US). 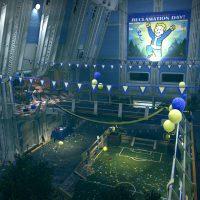 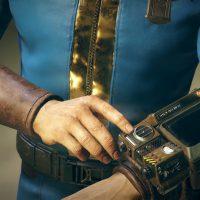 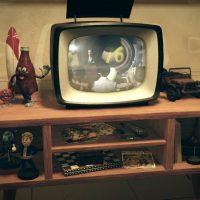 The title is a reference to Vault 76, which is where the game takes place. The teaser gives us a quick look around the vault, which seems to be relatively well-maintained. Vault 76’s inhabitants also seem to have just finished celebrating “Reclamation Day” and a voiceover on a TV can be heard saying “When the fighting has stopped and the fallout has settled, you must rebuild.”

As you can see, details are still pretty light at this point in time, but we’ll find out more in just a couple of weeks. Bethesda has confirmed that this game will be launching for Xbox One, PS4, and PC, but no there’s been no mention of a release date just yet. We’ll have more information for you when it’s available, so stay tuned for more.