Fairphone 4 will have a modern feature you won’t like

The Fairphone remains the only modular and completely repairable phone in the market that anyone can buy. These phones are also quite outdated compared to their contemporaries, but their value lies beyond their technical specifications anyway. The Fairphone 4, however, seems to be designed to actually catch up with some of the characteristics of modern smartphones, but it might have unfortunately picked up a trait that some smartphone users could probably do without.

Fairphone had very valid reasons to keep even the Fairphone 3 and 3+ on a rather outdated processor for their time, but it knows it eventually has to move forward. The Fairphone 4 has already been confirmed to be the world’s first modular 5G phone, and it will need a more current processor to pull that off. It’s still not the most recent, but it’s at least current enough to carry the phone for the next five or so years.

According to WinFuture’s information, the Fairphone 4 will run on a Snapdragon 750G 5G chipset that was launched a year ago. It confirmed that there would be a 6.3-inch FHD+ screen with an old-school waterdrop notch and a 48MP main camera. It didn’t mention anything about the RAM capacity, but there will be 128GB and 256GB storage options, apparently.

The site also shared renders of the Fairphone 4, showing off its unique camera design and the absence of a rear-mounted fingerprint scanner that may have been beneath the power button. More noticeable, however, is the absence of a 3.5mm headphone jack. Many “modern” smartphones have ditched this connector, but Fairphone fans probably won’t appreciate the company following this trend. 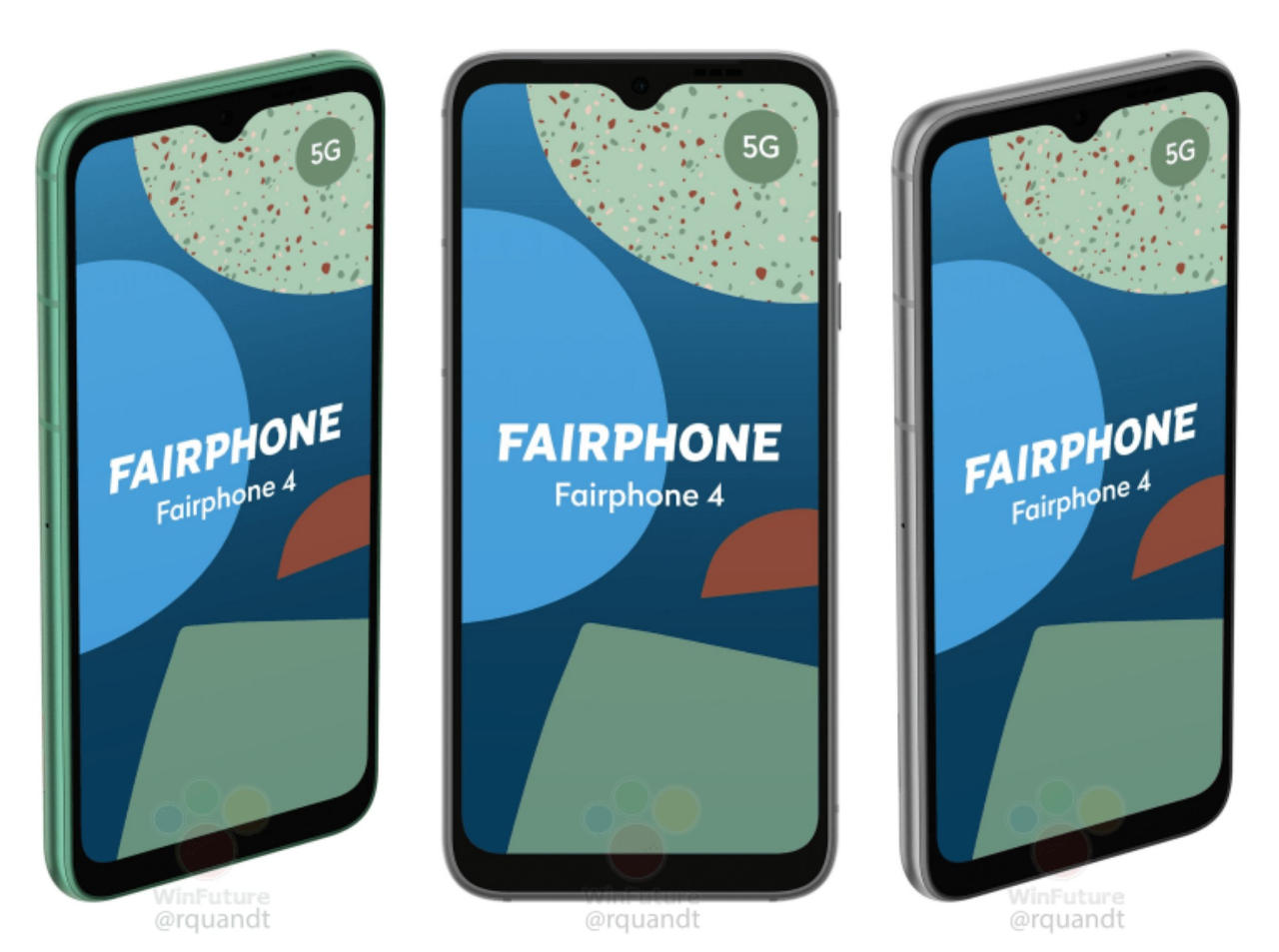 This is something that a truly modular phone could have probably made room for, but that isn’t exactly the end goal for Fairphone. The battery is still easily removable, according to the information, so it still checks off the right boxes for repairability and sustainability.