Smartphones in recent years have become more powerful, more sophisticated, more luxurious, and at the same time also more durable. It is actually scandalous if a flagship smartphone doesn’t boast an IP68 dust and water resistance rating, even though OnePlus continues to push back against what it insists is an expensive and non-essential certification. That durability and reliability, however, are often achieved by sealing the phone shut, making repairs more difficult than necessary. The Fairphone 4, however, is challenging those assumptions, and JerryRigEverything is putting it to the test to prove its assertions.

The Fairphone 4 stands proud as the world’s first modular and highly repairable 5G smartphone. It is probably the only such phone in the market anyway, so there’s really no competition. Some might even question whether there’s a market for such a phone, but three successful generations of Fairphones speak louder than marketing words.

The Fairphone is repairable because it makes it almost too easy to open up the phone and replace the parts. The startup even sells those replacement parts for models that go as far back as the Fairphone 2 in 2015. That modularity does require that parts are screwed rather than soldered and glued down or that the back can easily be pried off without any tools. That’s exactly the case with the Fairphone 4, and the phone even comes with a screwdriver in the box. 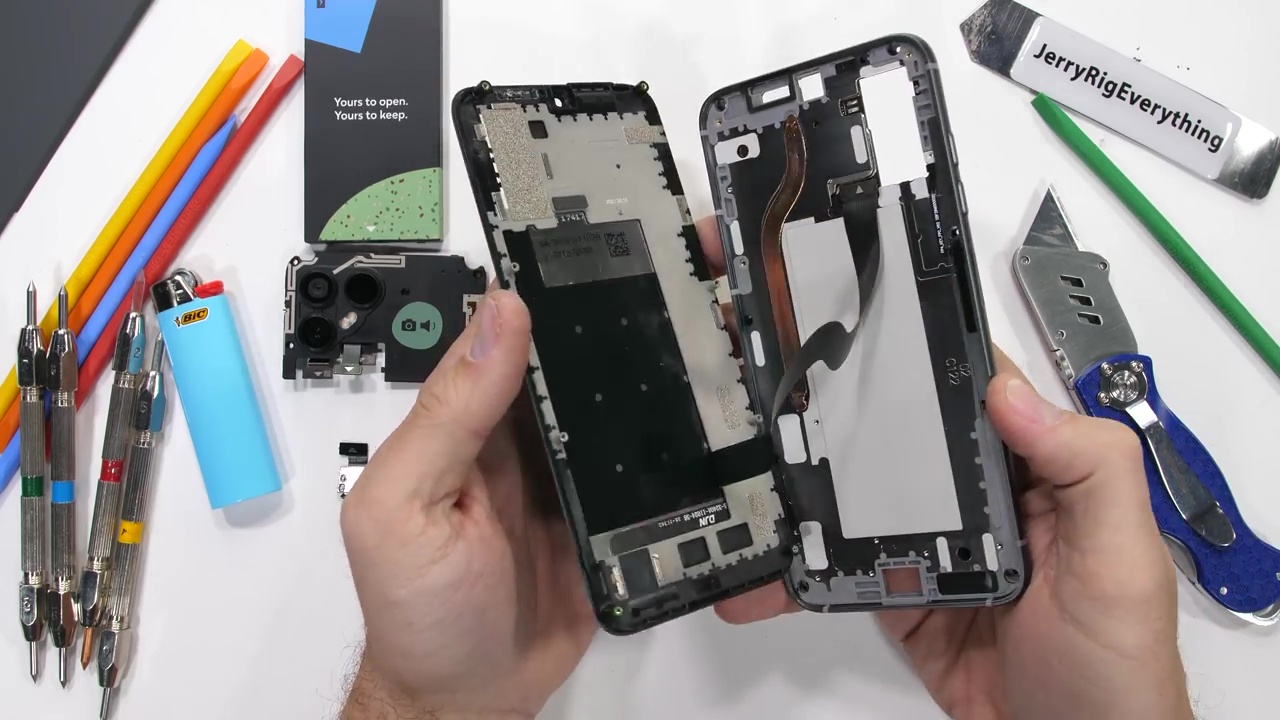 Such a design does have consequences for a phone’s durability and protection. The inescapable drawback is that the Fairphone 4 only offers the bare minimum IP54 rating, at least on paper. Phone makers like OnePlus strongly advertise their phone’s dust and water resistance even without the IP score, and the Fairphone 4 will most likely survive an accidental splash or dip.

JerryRigEverything is also concerned about the phone surviving his bend test, which it thankfully does. Even while the plastic back cover can be easily peeled off and the screen simply screwed to the mid-frame, the phone doesn’t even flex under the YouTuber’s might hands. Part of that is perhaps thanks to the phone’s very solid and heavy aluminum frame. 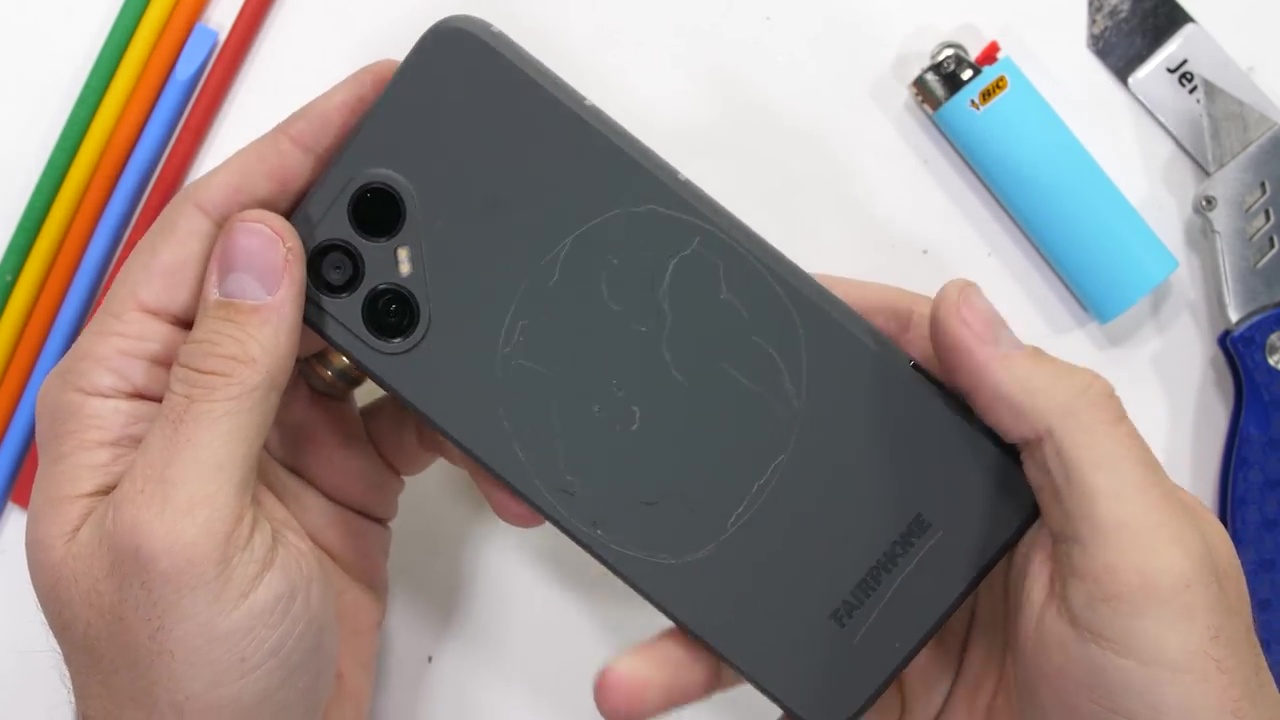 iFixit also has nothing but praise for the Fairphone 4, but it’s probably a pipe dream for other brands to follow this path at this point. Even Fairphone doesn’t seem to be confident in the global market’s reception for its phones, as the Fairphone 4 remains available only in Europe, at least for now.