Beating Google’s Project Ara by about a year, the Fairphone 2 launched last month to bring part of the dream of a modular smartphone to life. Though not as high spec’ed as a flagship and not even as ambitious as Ara, the Fairphone 2 did seem to manage to deliver on most of its promises, including the use of conflict-free materials. Now, iFixit has put the smartphone through its own well-known rigid tests to see if the Fairphone 2’s modularity also equals repairability in this case.

In order to deliver on the promise of a modular smartphone, it is necessary for modules to be easily be removed and replaced. After all, what benefit is there to such an unorthodox device if removing a module requires an inordinate amount of effort, expensive tools, and hard to find components.

Luckily, the Fairphone 2 seems to hit all the right marks. Almost immediately, you get to see some of the innards of the phone thanks to the transparent rear case that fits snugly but can also be removed in a snap, no tools required. The battery is also easily removable, a rare find these days. Even more surprising, however, is the fact that the display can actually be separated easily just by flipping two switches. An impossible dream come true.

Aside from easily removable and replaceable modules, it seems that the Fairphone 2 also has some ideas for future expandability. It leaves unused a 5 pin USB 2.0 at the back for possible accessories or attachments, like an NFC enabled rear case. 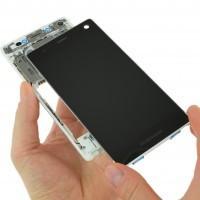 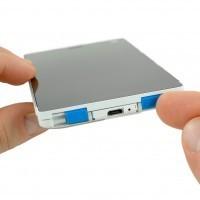 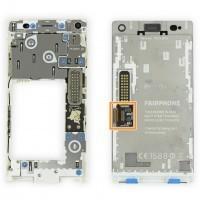 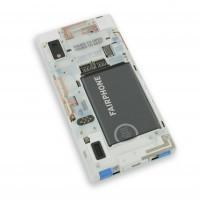 Sadly, perhaps the only wart on the Fairphone 2’s face is its late 2014 spec sheet, which might leave some wishing for the convergence of high-end models and a modular build. Still, for iFixit, it’s practically a dream come true, giving the phone the highest 10 out of 10 score in any recent smartphone to date.