Although it was partly born of that modular phone dream, Fairphone pursued a path towards more practical sustainability, especially when it comes to Android updates. That mission was sorely put to the test with the Fairphone 2 which is now in its fifth year. Although it was already in testing last year, the phone is finally getting Android 9 Pie. That’s admittedly two and a half versions late by now but the company explains why the ecosystem, particularly Qualcomm, seems to be set to foil such endeavors at every step.

Contrary to what many people might think, the Android that you use on your phone didn’t just come from Google directly to manufacturers. The Android Open Source Project or AOSP code first passes through chip makers like Qualcomm, MediaTek, and the rest who add their own pieces of proprietary software like drivers and firmware for supported chipsets. That is then what OEMs take and add their own binary blobs and software and user experiences that then become the Android experiences that users are familiar with. 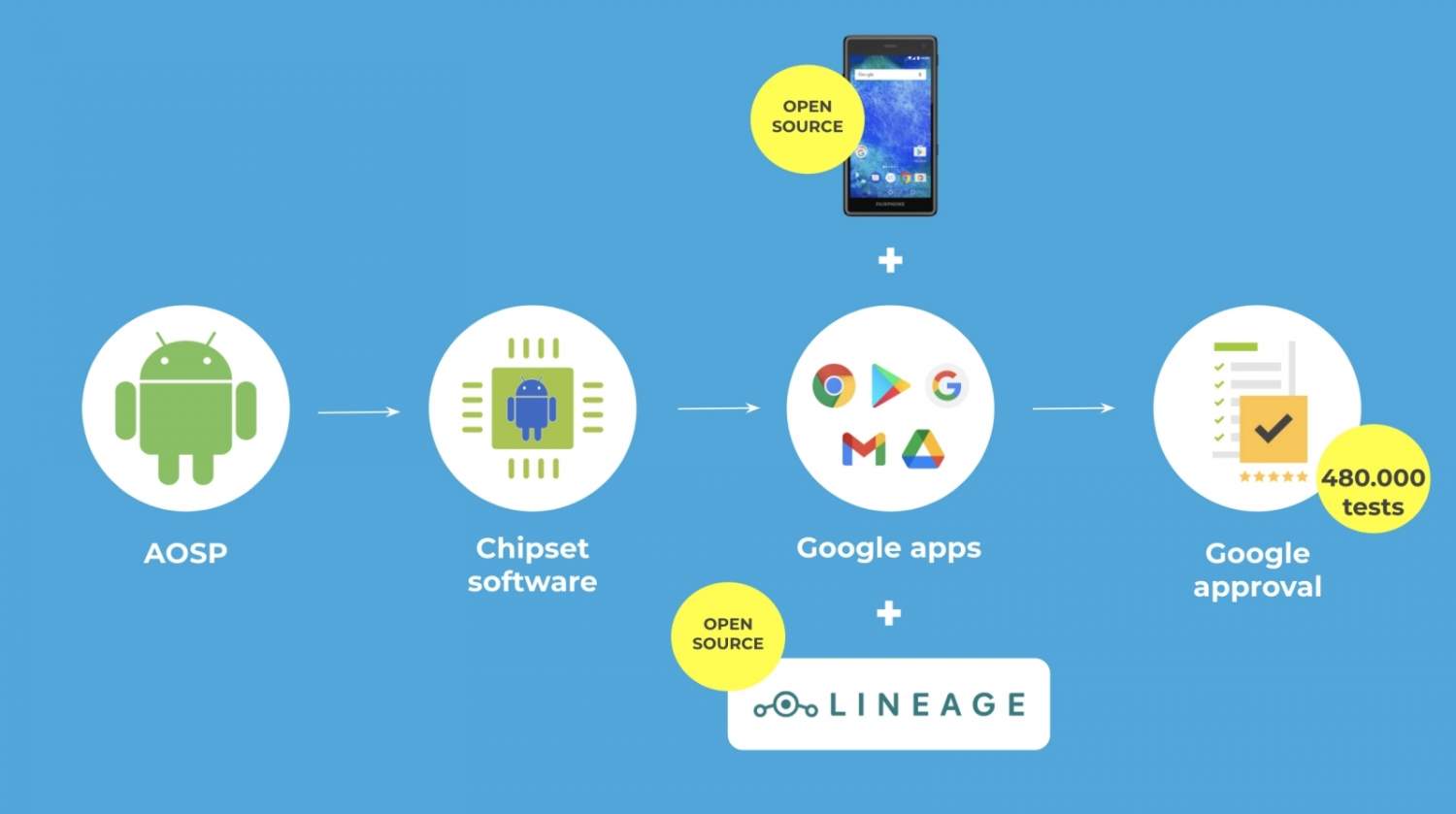 The problem that Fairphone faced was exactly in the middle because Qualcomm had stopped supporting the Fairphone 2’s Snapdragon 801 way back in Android 6 from 2015. Fairphone had to do much of the heavy lifting in getting Android 9 Pie to work on the chipset. Fortunately, it was able to lean on the work done by Lineage OS, one of the most popular third-party ROMs in the Android world for that part.

Unfortunately, LineageOS could only take them so far since the Fairphone 2 is a Google-certified device. The company still needed to do a lot of their own work to make the Fairphone 2 running Android 9 pass Google’s hundreds of thousands of tests.

Fortunately, the story for the Fairphone 3 and later sustainable phones might be different and a bit easier. Those are running versions of Android with Project Treble that solves exactly that problem and hopefully it will be smoother sailing for Fairphone as well.