PDP’s Faceoff Deluxe+ wired controller for Nintendo Switch will arrive on July 22, the company has announced. Unlike most competing products, the Faceoff Deluxe+ features a built-in headphone jack for voice chat, enabling users to easily talk with friends while playing Fortnite and certain other games. The model was first revealed in April, but availability and pricing details weren’t available at that time.

The Faceoff Deluxe+ Audio Wired Controller is described as a ‘pro controller’ for the Nintendo Switch, the most appealing feature being the built-in 3.5mm audio jack for in-game voice chat. According to PDP, the new controller supports audio for every title on Nintendo Switch, including the integrated game chat offered by them (when applicable), the most popular of which is likely Fortnite. 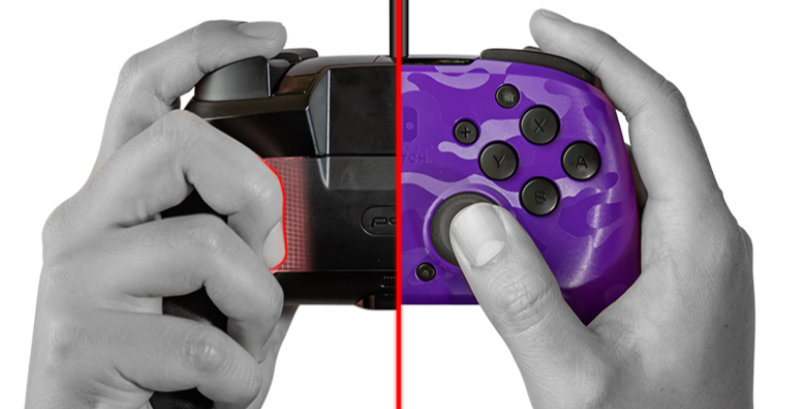 The integrated audio jack is familiar to gamers who previously used the PlayStation or Xbox, offering the same experience of plug-and-play for wired gaming headsets. The controller itself is wired and features swappable face plates, enabling users to change up the design whenever they’d like. Face plate options include ones themed after popular Nintendo properties like Mario and Zelda, plus there are black and blue camo options.

Other features include dual programmable back buttons (paddle-style) for remapping buttons, the ability to adjust in-game volume using a dedicated button near the right analog stick, and a double-tap function for quickly muting the microphone.

The PDP Faceoff Deluxe+ wired controlled is licensed by Nintendo, features a huge 10ft cable, and is finally available to preorder at $24.99 USD each. The company will start shipping the controller on July 22.