As invites are sent out for an event on the 20th of June that’ll have Facebook’s next “new product” unveiled, it seems only too good a coincidence that this morning more than one reference to RSS feeds in the social network were found. While it’s possible already to pull feeds in to Facebook with some 3rd party Facebook apps, it would seem only natural that the big blue social network’s next move would be to bring it all in officially.

Why, after Pinterest, Tumblr, and Google+ aimed to take Facebook’s lunch, would the network stay as trapped in with the content it has at the moment? Instead, Facebook will likely attempt to be a much more “open” place on the 20th of June. Instead of sticking to the friends and family model they’ve got now, Facebook’s next move will have to be to become Twitter. 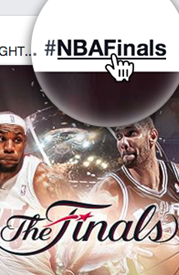 Instead of Facebook sticking with the model they’ve got now, they’ll aim to introduce a new level – one that’s to the side of their personal interactive network. While you’ll have your personal feed on one hand, you’ll have your public feed on the other.

Yes, you can already work with a setup sort of like this if you’re willing to re-adjust every post you’ve made each time you want to post. But Facebook would never be content on leaving you to do all the work, would they?

Instead you’ve got this future ahead of you, Facebook citizens: an integration of ease-of-use elements from Tumblr, tag-connectivity like Twitter and Google+, and a widening of the timeline layout like Pinterest. Google+ also widened their layout to be as large as your display and larger – made to work with sizes large to small, mobile and massive desktop.

The update will bounce off the idea that this coffee stain of an event will be a microcosm of the final product. Facebook will soon assume you’ll want to stay inside Facebook for all your news and sharing of content – sit back with a cup of Joe and click around all day.