Facebook has filed a patent application with the USPTO that details a drone involving two kites. The system, which is simply called a ‘dual-kite aerial vehicle,’ would use the two kites to maintain a specific altitude while also generating electricity that enables longer duration flights. The application was published by the USPTO on May 30.

Though the patent application was published on May 30, it was filed back in November 2018, hinting at a potential future project that be in consideration behind closed doors. Unlike other drone designs, which largely revolve around quad-copters, Facebook’s aircraft would utilize large kites to travel while keeping weight and power requirements down. 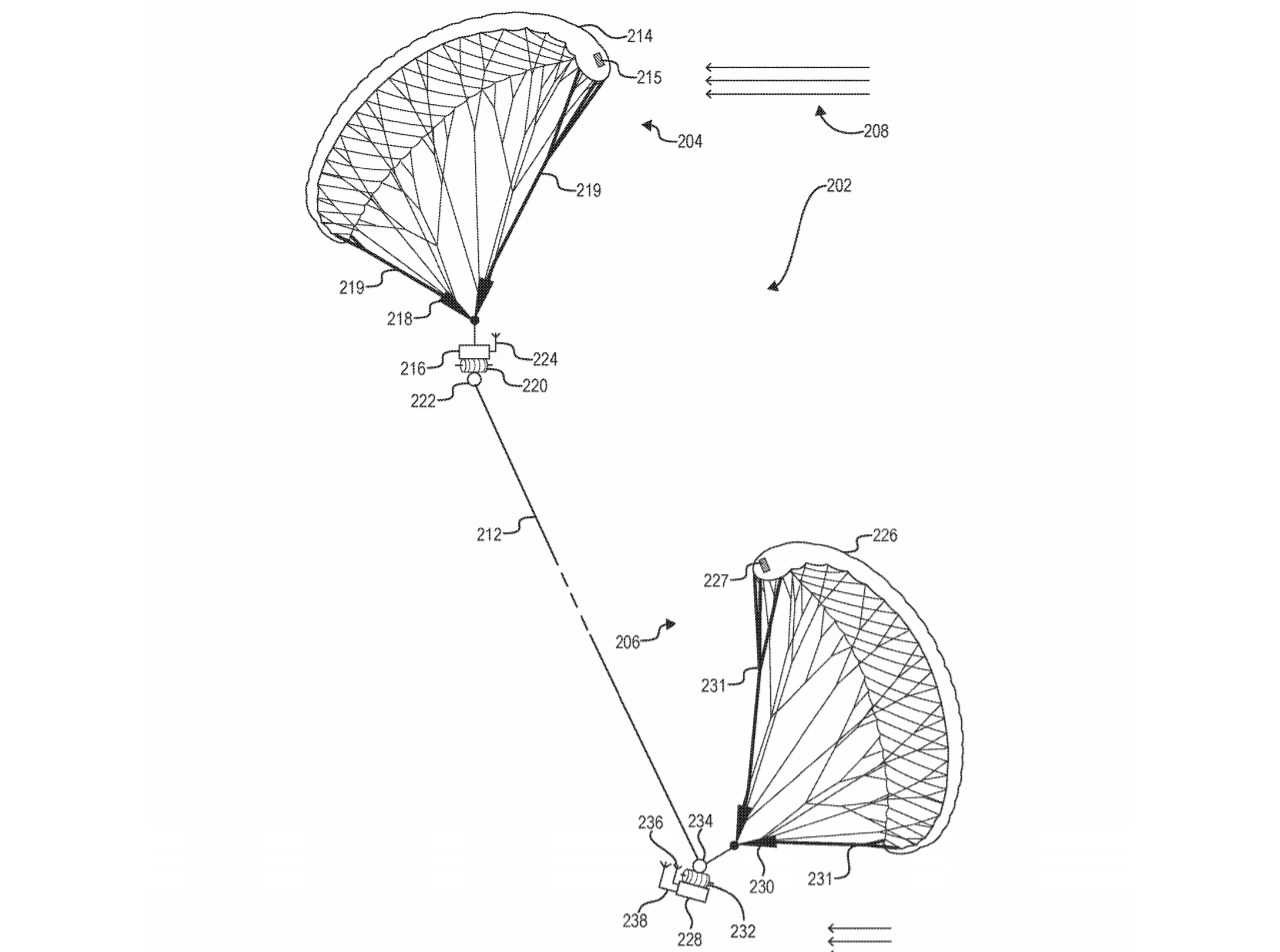 Batteries are heavy and small drones are notorious for their short run times. Facebook’s patented drone idea would potentially get around both issues by using the kites with a system to generate electricity, helping recharge the battery while in operation for long-distance travel without the need for multiple heavy batteries.

According to the patent application, each drone could be operated independently of each other, though they would both also work together during flights to maintain the correct direction and altitude. In addition to traveling longer distances, the dual-kite drone concept may also pave the way for stationary aerial vehicles similar to past efforts involving Internet service.

It’s unclear how the system would deal with potential issues, such as a wind gust possibly causing one kite to become wrapped around the other. As well, drones that utilize large kites would likely take up more airspace than a quad-copter and may prove more vulnerable to issues related to external objects, such as birds. As with any patent, it’s possible Facebook will never develop or utilize the dual-kite design.