A flash from the past is being shut down, Facebook has announced. It’s the now-dated social network FriendFeed, and the number of people still using it are dropping quickly, leaving little incentive for Facebook — which bought it more than a handful of years ago — to keep it around. Those still using the service will have a few more weeks to get any of their data off of it and say their final farewell, with the closure being scheduled to take place on April 9.

FriendFeed works like a pared down older version of Facebook, allowing friends to share content and messages with other friends, including links to elsewhere on the Web, as well as pictures and similar familiar trappings. 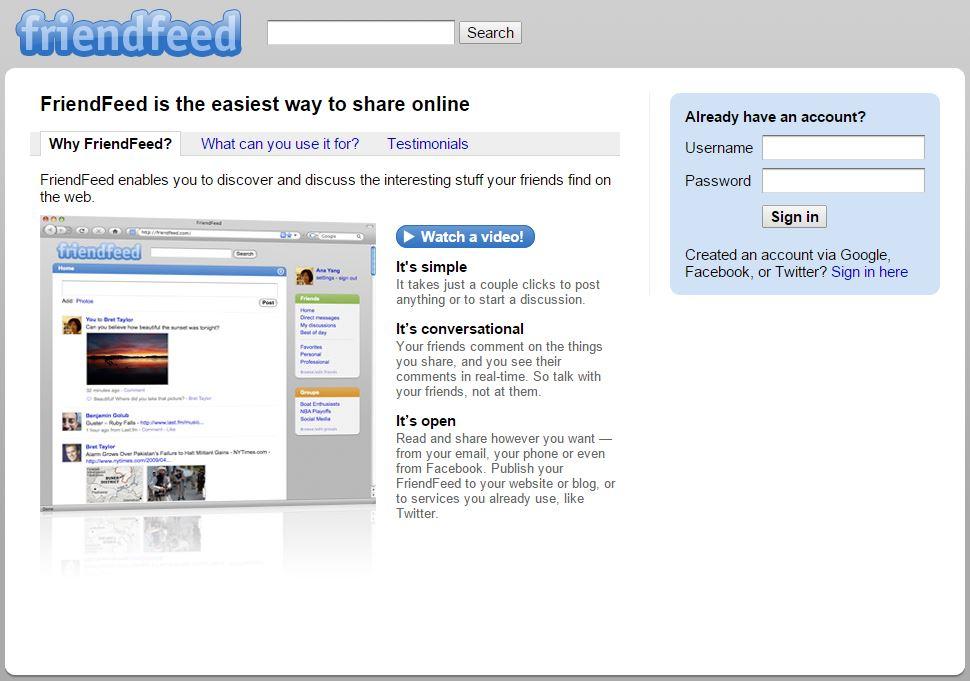 In a statement Facebook gave to Re/code, the number of people using the network has been “declining steadily”, and only a “fraction” of the user base is still around to use it. As such, Facebook says it is “time to start winding things down.” The social network has thanked FriendFeed’s users for their “years of support”, and though it doesn’t say so, it’d probably like to see those remaining users sign up for a Facebook account.

Facebook has grown extensively since FriendFeed’s acquisition, which was said to have taken place for $50 million or so. Any content left on the website when it closes down will be gone permanently, so users need to make sure to backup anything they want to keep.