Facebook has revealed data with a surprising result about how users express laughter these days: “haha” and similar variations are used more than the iconic “lol.” The social network analyzed user comments and posts and found that “haha” accounted for 51.4% of laughter expressions. The laughing emoji was next, with 33.8%, followed by “hehe” at 13.1%. Finally, at the very bottom, was “lol” with only 1.9%. Such a steep fall for an expression that still feels like we see everywhere.

Breaking down the data, Facebook revealed several graphs that shows how laughter terms were spread across different age groups. The youngest ages have a preference for emoji, while “lol” was the most popular among older users — a sign the term has outlived its popularity? Meanwhile, “haha” and “hehe” were used most by those in between. As for gender, emoji found more use women, “haha” had a small male bias, and “hehe” was pretty much equal. 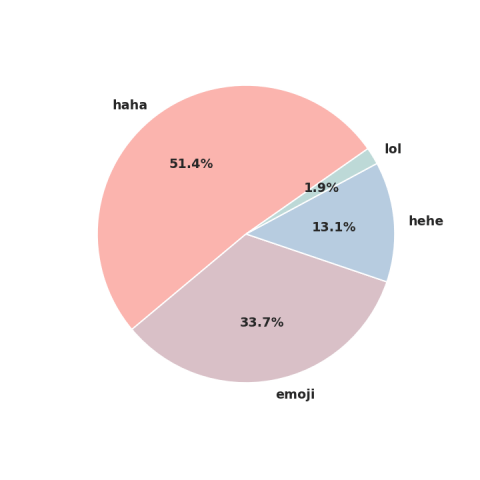 Facebook’s data also went into detail on some of the variants, finding that repeating “ha”s are more indicative of stronger levels of laughter, like “hahahahahahaha” for example. While the letters can stack up, the four letter “haha” and “hehe” were the most common, however “lol” was almost always used by itself, with no repetition. 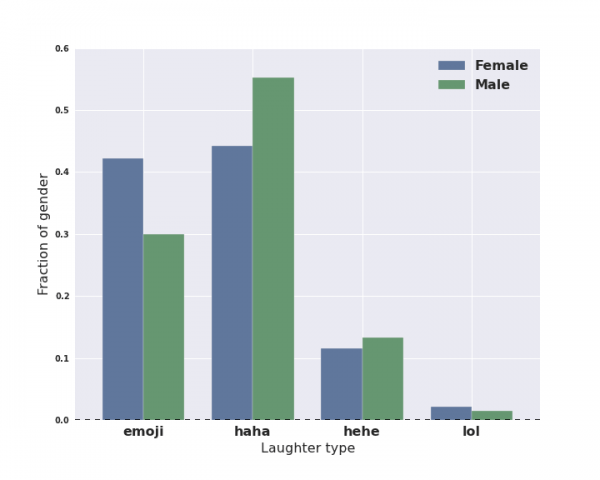 In 50% of the cases when emoji were used, a character is only used once, with more than five of the same emoji being used consecutively being very rare. This bit of data seems to differ greatly from Instagram, which earlier this year found comments are often dominated by nothing but emoji. If the two studies were combined and analyzed, it would likely be pretty indicative of how people will be expressing laughter for some time. On the internet, at least.