Facebook has announced some big plans related to audio and its place on the company’s primary social media platform. Starting later this year, the company plans to introduce multiple changes for its users, including the addition of sound creation tools backed by artificial intelligence and a new audio format the company calls Soundbites.

Podcasts are quite popular at the moment, and so it makes sense that Facebook would want to get in on the audio market. According to the company, it has ‘seen the continuing rise of audio on’ Messenger and WhatsApp, both of which enable users to record short voice clips rather than typing out messages.

Facebook plans to build upon this feature in a way that makes it both easier and more fun, it said in an announcement on Monday. This can include the ability to send the audio equivalent of reaction GIFs, such as a sound clip of cricket chirping to get your point across to someone. 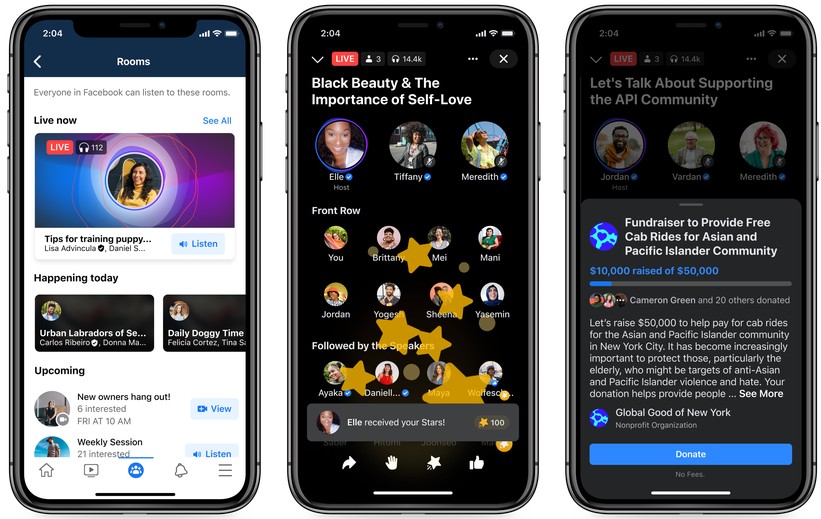 These will be joined by some larger efforts, the first of which will be what Facebook calls ‘a sound studio in your pocket.’ Put simply, the company plans to introduce audio creation tools on mobile, making it possible for users to produce ‘magically great’ audio using AI tech. What would be the point of this?

Facebook says users can, for example, create background audio for their Stories, including the use of content from the company’s Sound Collection. Joining these tools will be Facebook’s new Soundbites audio format, which will be reserved for short audio clips — someone could, for example, share a Soundbite of them telling a joke rather than typing it out.

Likewise, Facebook says you’ll soon be able to play podcasts directly in its app, including in the background with your phone’s screen turned off. The feature will include podcast episodes and show recommendations made based on the user’s expressed interests, plus users will be able to follow and share shows.

Finally, Facebook says it will soon test Live Audio Rooms, a groups feature that will enable communities of people to participate in live audio sessions. This feature will enter testing this summer, while the podcasts will arrive ‘in the next few months,’ the same timeframe in which the company plans to start testing its Soundbites format.