Facebook patents system that turns your face into emoji

Emoji are the spices with which you flavor your chats and texts. They add a bit of unspoken context to otherwise plain sentences. Are you saying something in a humorous way? Stick your tongue out at someone and they might get the hint. Wink, smile, scream…there’s an emoji for every occasion. Facebook, though, might be looking to take things a little further, replacing the cartoon faces with a small copy of your own.

The social network was recently awarded a patent for a system that replaces emojis with your own face, and the process would be automatic, though apparently not done without the user’s interaction in some fashion. The system would use the social network’s facial recognition software to identify your face in pictures, as well as the emotion associated with them, and would use those images in the place of related emoji. 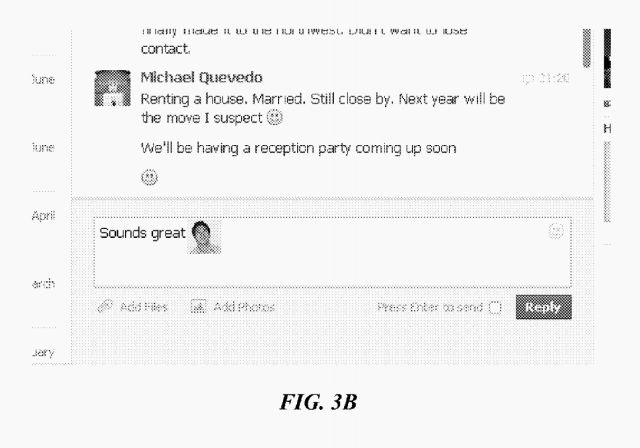 For example, the system may find a photo where you’re smiling and could make that your “smiling” emoji — send it, and your friend will receive a small picture of your actual face, arguably the best — and possibly creepiest — way to express your emotion over text. The same would go for other emotions, like crying.

The user wouldn’t have to manually insert the emoji — instead, you’d just type “:)” or whatever you’d like per usual, and the system would automatically find a corresponding image and replace the text with that. It could be a way to get more users to upload more images of themselves to Facebook, but as with all patents, we may never actually see the feature go live.