Remember last year when Facebook CEO Mark Zuckerberg purged some of his messages from various Messenger conversations? There was a bit of an uproar at the time, and Facebook later said that Zuck’s disappearing messages were part of an “unsend” feature the company was testing. Now, nearly a year later, that feature is rolling out to Messenger users.

Whether Facebook was actually testing that feature or it was simply announced so Facebook could avoid the tricky conversation about why Zuckerberg’s old messages were suddenly gone is unknown, but regardless, it’s here for us know. Unlike Zuckerberg, however, we can’t wipe old messages from the service regardless of their age. Instead, we’re limited by a timer of 10 minutes that starts ticking down the moment the offending message is originally sent. 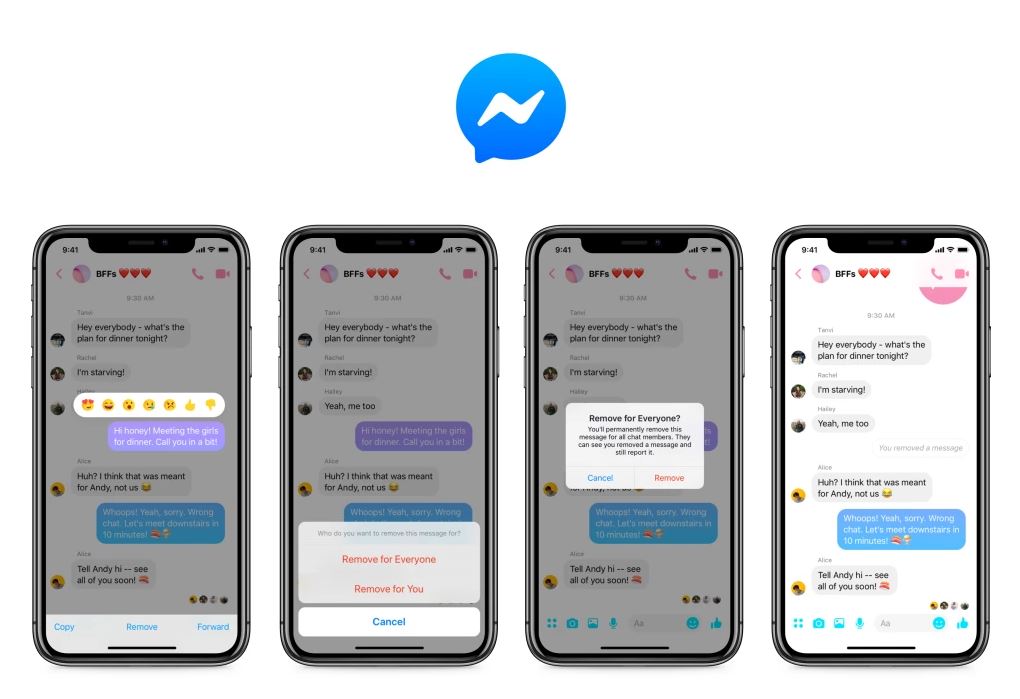 So, while you can’t go back in time and delete years-old messages that keep you up at night, this does serve as a layer of defense against messages that are sent to the wrong contact. Then again, maybe you have a habit of sending confrontational messages that you immediately regret? Perhaps you’re a perfectionist who cringes every time you send a message with a typo? With this unsend feature, you can delete those messages and try again.

Deleting a message is relatively straightforward. On mobile, you just need to tap the message you want to delete and select “Remove from Everyone” to purge it from your group chats. You also have the option to delete for only you, but that’s a feature that’s been available in Messenger for a while now.

Facebook says that this feature is rolling out on Android and iOS today, but at the moment, I’m aren’t seeing it on iOS. It seems that the update is rolling out in stages, so be on the lookout for it to land on your mobile device of choice.