Facebook Messenger gets Star Wars: The Rise of Skywalker features

Star Wars: The Rise of Skywalker premieres in theaters next week, and with a property as big as Star Wars, there are bound to be plenty of tie-ins. Today, Facebook announced one such tie-in for Messenger, which will be outfitted with a number of limited-time features for The Rise of Skywalker. New features include Star Wars-themed stickers, reactions, and even AR effects.

The AR effects are arguably the biggest additions of the bunch. Whenever you make a video call or take a photo with Messenger’s camera, you’ll be able to pick from one of three AR lenses to apply. The first is called the Lightspeed Effect and gives a look we most often see when the Millennium Falcon makes a jump to hyperspace.

The second AR lens is called the Cockpit Effect and outfits you in Rebel pilot gear while dropping you in Poe Dameron’s X-Wing. Meanwhile, the Dark vs. Light Effect – which is the final effect of the bunch – allows to you show your allegiance to either the dark or light side by shifting your head to one side of the screen or the other. 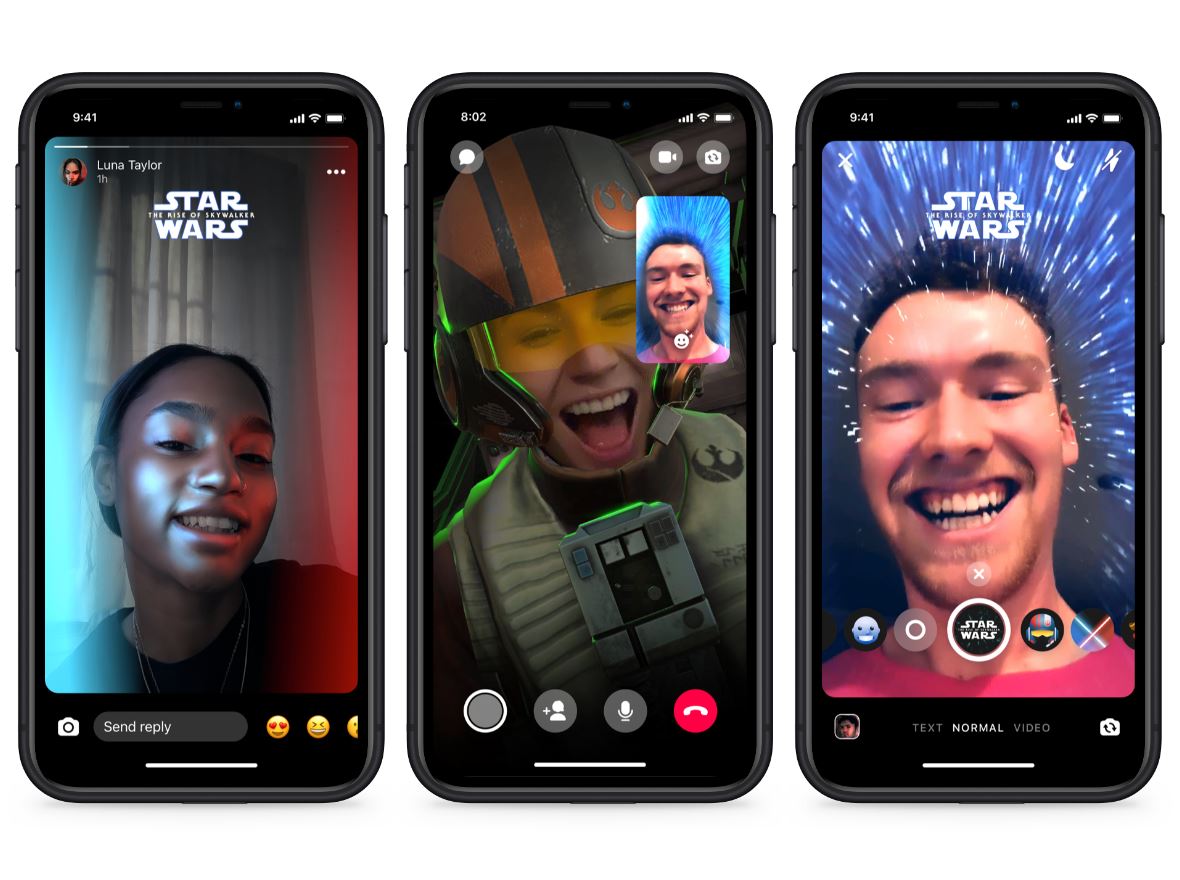 These AR lenses are joined by a new Star Wars chat theme, which can be applied to new and existing threads by tapping on the name of that chat, opening settings, and selecting the “theme” menu. With that theme applied, you’ll be able to post special Star Wars stickers and reactions.

Facebook doesn’t say how long these features will be available, but it seems safe to assume that they’ll hang around for at least a few weeks after the movie releases. Star Wars: The Rise of Skywalker, the final movie in the sequel trilogy and ostensibly the final movie in the Skywalker saga, will premiere next week on Friday, December 20th.