Facebook has announced that augmented reality effects can now be used by each participant in a Messenger Room or on a Messenger video call. The company calls these AR experiences “Group Effects,” which will become more robust in coming months after Facebook expands access to the Spark AR Multipeer API. With this, more developers and creators will be able to make their own Group Effects.

Just about every social media user is familiar with augmented reality effects; they’re the fun filters that, for example, allow Snapchat users to change their look, wear virtual glasses, and similar. Facebook’s Group Effects are the same thing, adding an element of fun to the video group chat experience. 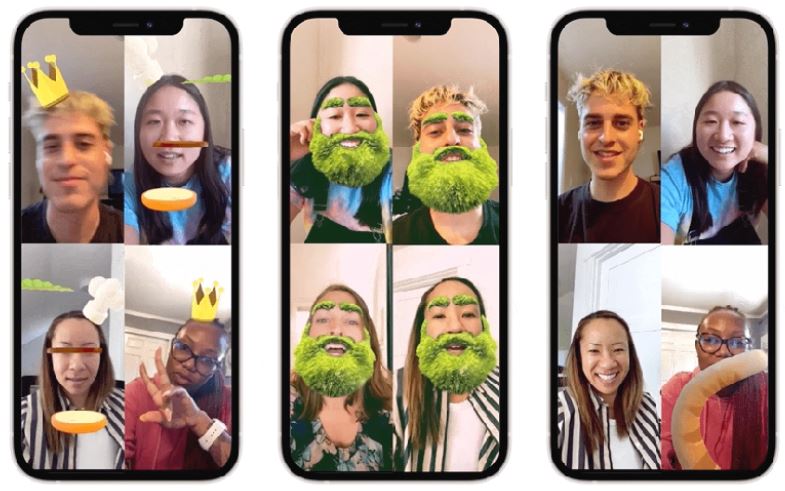 The big update here is that everyone in a Messenger room or on a Messenger video call can use AR filters at the same time. Facebook says Messenger users now have access to more than 70 Group Effects, including one that involves a cat able to “walk” through each user’s screen to a game in which each person in the Room or on the video call can compete to assemble the best AR burger.

Users can access Group Effects by tapping the smiley face on a call, then selecting Group Effects. Generally speaking, augmented reality filters and experiences have been isolated to one user. Group Effects evolves the experience by enabling two or more people located in different places to participate in the same AR game or present their own AR filters during a call.

Beyond that, creators will also be able to make unique AR experiences for others to enjoy. Facebook says it will expand access to the Spark AR Multipeer API by the end of October.