Facebook may be the natural home of over-sharing, but new Facebook Login options mean users now have more granular control over what third-party apps can know about them. Announced at F8 2014, the amended “Log in with Facebook” option will now serve up an “Edit the info you provide” link, where tweaks to exactly what gets passed over from your profile can be made. However, while the new feature may have been a year in the making, it’s not a complete fix for online privacy.

That’s because, as Re/code points out, the more in-depth permission settings aren’t applied retroactively, only for whatever information is provided from this point on.

So, if you’ve been using Facebook Login already – and Facebook was keen to point out at F8 2015 recently that many, many people have – then there’s no way to go back and automatically delete what data you passed over to third-party developers when it was more of an all-or-nothing arrangement.

Of course, users are free to de-authorize what apps they currently have enabled with Facebook Login and then re-authorize them to take advantage of the new options, but that still won’t make a difference to what’s already been shared.

Nonetheless it’s a welcome change, particularly as concerns around what data is available to which person – and how securely they’re storing it – grow. Several high-profile leaks and hacks in recent years have proved that, even if Facebook is doing its due-diligence on server security, that’s not to say other companies with access to your profile are so careful.

Facebook had instigated an April 30th deadline for the more granular controls to be enabled in each app using Facebook Login, though it’s possible you might still come across some software which hasn’t been readied for the change.

It’s likely that the only issue you’ll face there is a crash when you try to log in using your Facebook credentials, however, rather than unknowingly opening yourself up to over-sharing. 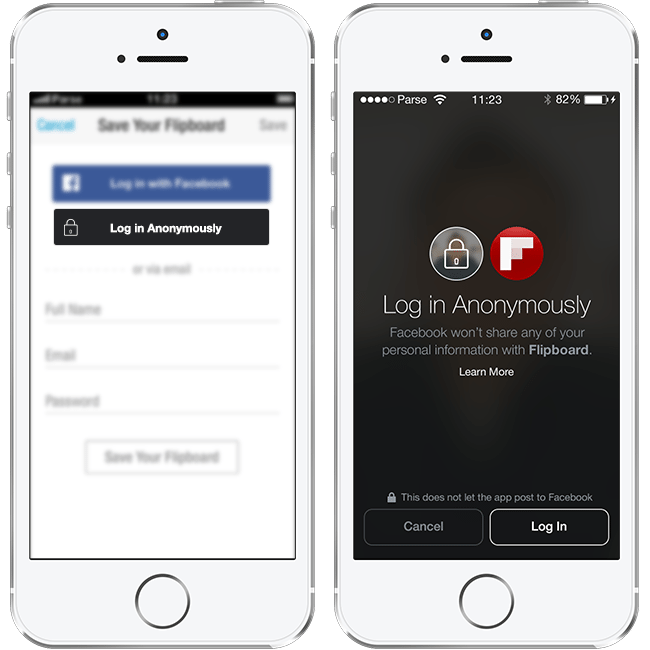 Meanwhile, anonymous login – also announced at the developer conference a year ago – has also been activated.

That still requires a Facebook account to use, but the app doesn’t get access to any of the profile information, at least initially. It’s possible to go back into the permissions and “upgrade” them to share more details if you later decide you trust the developer.

UPDATE: Facebook suggests that they are “currently continuing to test Anonymous Login with developers,” so you won’t necessarily have access to it just yet.