Back when Facebook was limited to its first couple of campuses here in the USA, artist David Choe was commissioned to paint their interiors in exchange for stock options instead of cash. As you can imagine, this was the correct choice made by the artist to choose the stocks and wait this long to cash them in, because instead of the “thousands” of dollars he would have gotten back in 2005 and 2007, he now has right around $200 million USD in stock value. That’s some major cash for a fellow who, though he certainly isn’t doing bad on his own, will be blowing this cash on some fabulous swag in the near future.

Have a peek below at a video of both Zuckerberg and Choe collaborating on an image that still exists somewhere in some Facebook office in the world today. This video was filmed at the second Facebook campus and the paint was laid down inside 2007, where the stock options were eventually given over to Choe. Notice the simplicity that Zuckerberg adds and Choe just takes hold of and shoots off into outer space:

The reason I say somewhere in some Facebook office is that the original two locations have had some or all of their paintings lifted and transferred out to other Facebook and Facebook-related locations around the world. These paintings sit in fabulous pieces across the world now, and you’d be lucky to happen upon one. Check this example out sitting near a lovely Facebook house below it: 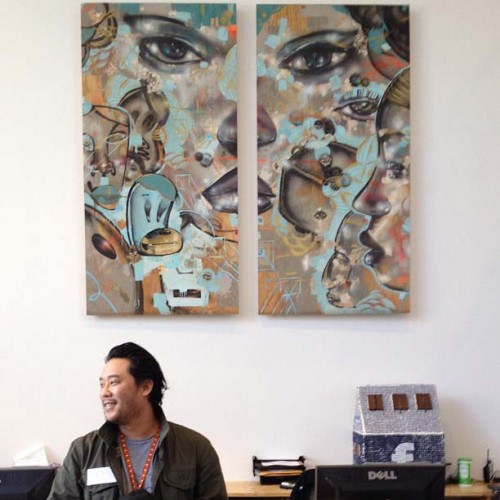 You can get a full account of the Facebook adventures Choe has had in his own matrix of photos taken from different sources in his own blog at Blogspot. And know this: though other investors have found themselves suddenly rolling in dough now that Facebook has gone public, there’s no greater way to spend that cash than the $18,000 bottle of alcohol he posted on his Facebook page this past week. Remember that! 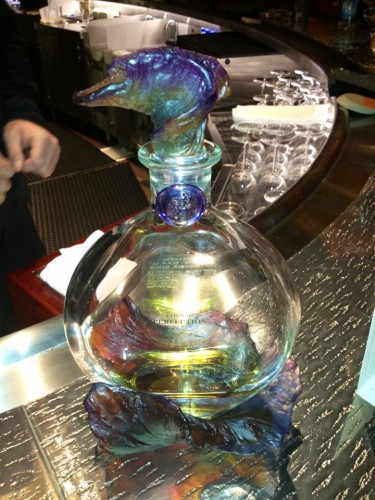