Facebook has been actively researching the feasibility, effectiveness, and profitability of tracking users’ cursors and screen positions, reports the Wall Street Journal. The data would give the social media giant the ability to analyze the ways in which users interact with Facebook content and advertising. This would in turn let it change the site and its advertising methods according to where users hover their mice and scroll their device displays.

The new data collection method would be added to its other methods, such as gathering information users enter into their profiles or tracking friendships and likes. It is part of an ongoing investigation by Facebook analytics chief Ken Rudin, who joined the company in April 2012. Before that, he was the vice president of analytics and platform technologies at Zynga, Inc. That company made billions of dollars in revenue on such Facebook-reliant games as Farmville. (Maybe you’ve heard of it.)

The screen behavior technology being studied echoes that already in use by other companies, such as image marketplace Shutterstock. That company monitors all cursor and screen behavior by its visitors. It stores and analyzes the massive amounts of data generated by that endeavor by using Hadoop, an open-source product “used to store large amounts of data on clusters of inexpensive machines,” as the WSJ puts it. Facebook too might end up using Hadoop, which prevents data warehouses from becoming “data junkyards” by prioritizing which information should be brought to the fore when an employee access it. If implemented, the technology could be used across all departments at Facebook. Product development, ad targeting, and all other business processes could take advantage of the information. 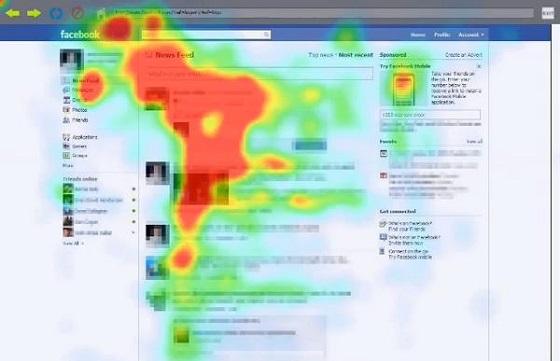 Of course, the chief concern on everybody’s mind is, “Will this negatively affect my privacy on Facebook?” And of course the answer on everybody’s mind is, “As if I had any privacy left to lose.” As information comes to light that the NSA has been secretly tapping Google and Yahoo data transmission lines worldwide, and as CISPA keeps trying to rise from the dead and seal the unholy immunity deal between telecommunications companies and the US government, readers would be correct to point out that this new screen monitoring technology would, if implemented, constitute yet another rich store of personally identifying information for prying federal eyes to forcibly commandeer, without or without anyone’s consent.