Virtual reality has always carried the stigma of being more of an entertainment-centric technology. With Facebook at the helm of one of the two biggest VR platforms today, that identity seems to get even more cemented, just with a dash of social networking on top. At Facebook Connect, what was previously and lovingly called Oculus Connect, the social media giant unveiled a new Infinite Office feature that is clearly trying to say that VR is for serious work, too.

Infinite Office is pretty much Oculus’ answer to Microsoft’s HoloLens and Windows Mixed Reality. Of course, the latter was built for augmented reality which, given the technology, maybe a better fit for work that requires seeing a bit of the real world. Oculus knows that VR limitation only too well and has developed a sort of compromise in Passthrough. 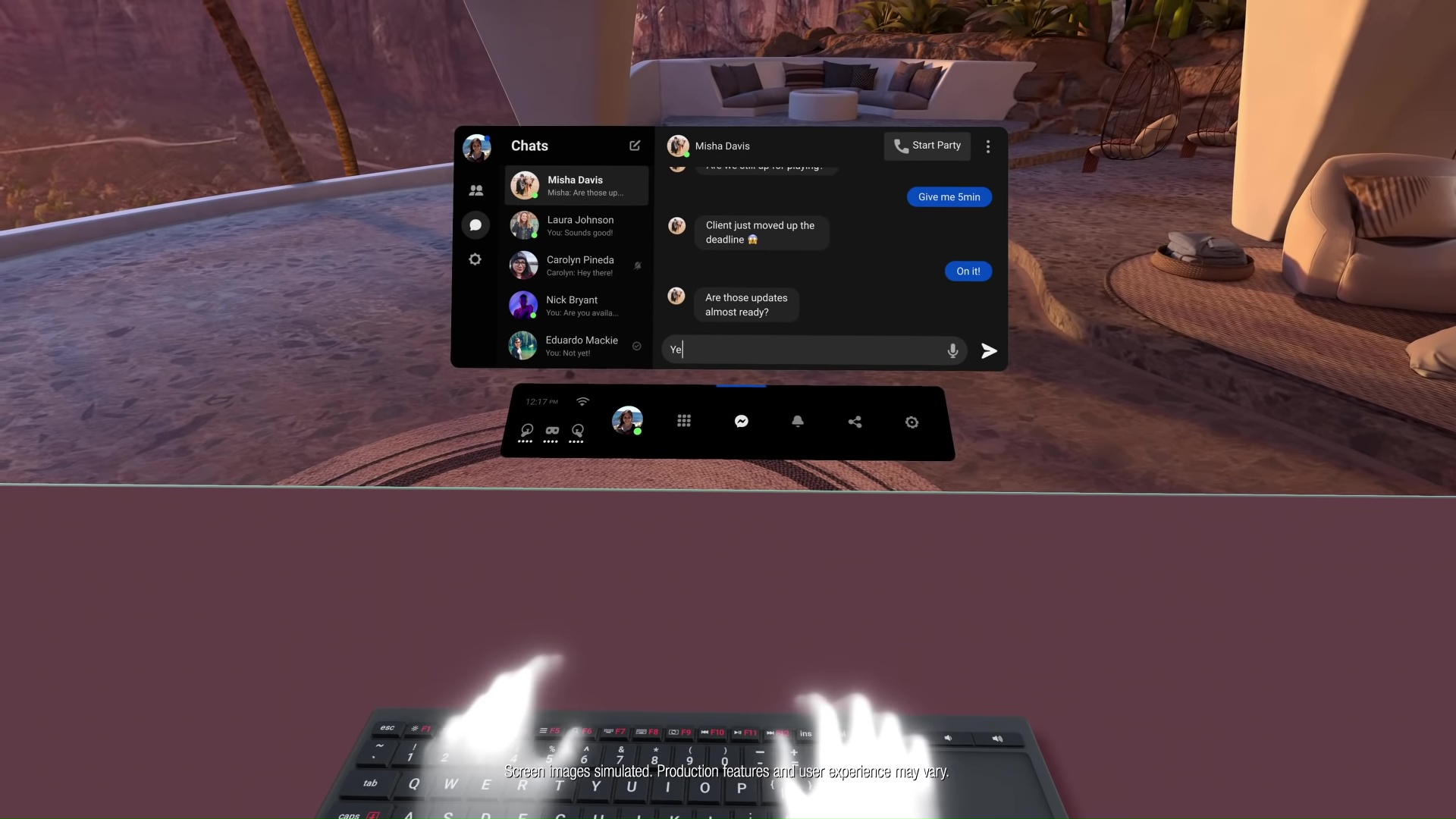 Passthrough lets you see the world outside the headset but in a somewhat low-fidelity and monochrome way. It will be enough to let you see your surroundings and the people around you or, more importantly, see the keyboard you will be typing on. Facebook says that it is working with Logitech to actually make VR models of its physical keyboards, starting with the Logitech K830.

With remote work becoming more common these days, a virtual office definitely sounds more interesting and practical. There are still, however, instances where face-to-face interactions have to be done, even if virtually only. Facebook is working with Spatial, one of the more popular social VR platforms on Oculus, to use that same Passthrough technology to make virtual meetings feel more real. Or more uncanny.

Infinite Office was just one of the big things that Oculus dropped at Facebook Connect, the first conference to be formally taken over by Facebook’s branding. The highlight, of course, is the new Oculus Quest 2 but, even more than the name of the event, is already proving to be quite controversial.