Facebook explains how it will deal with premature election claims

Facebook has faced increased scrutiny over the role it indirectly plays in helping shape attitudes and perceptions among the general public. Critics have cited a number of concerns about the platform since the 2016 election, including misinformation and disinformation spread on the platform, malicious actors low-key using the platform to target certain groups, election meddling, and more. The company has taken a number of steps to address many of these concerns, and it is back with yet another update on the topic of elections.

Facebook is anticipating the potential for one or both of the US presidential candidates to make premature claims regarding their assumed victory. Likewise, it is likely that some groups or even media companies may issue premature claims about who won the election, causing confusion among the public and, potentially, spurring the creation of new conspiracy theories. 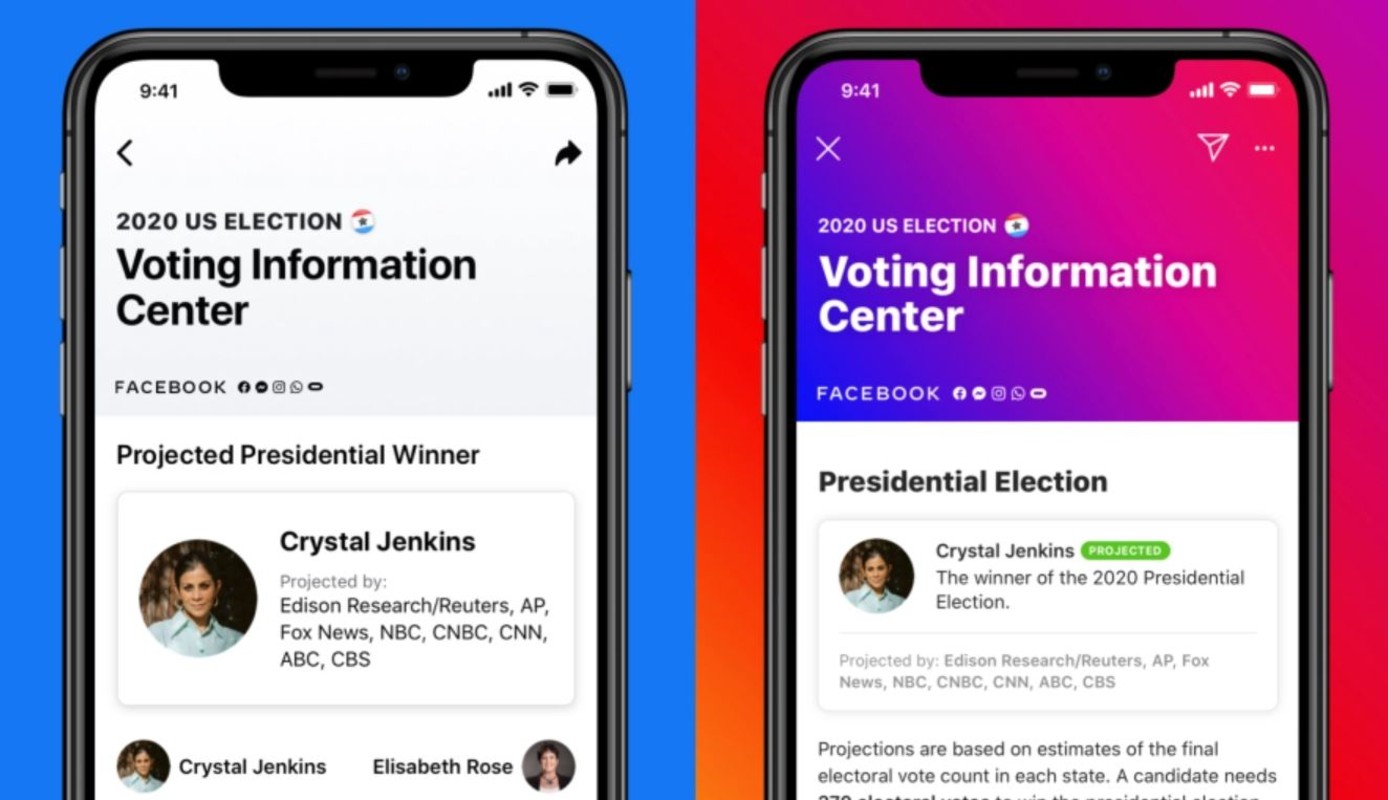 In a new statement today, Facebook’s VP of Integrity Guy Rosen explained how the company will deal with these premature announcements. One big confounding factor in all of this will be the fact that election results will take longer to roll in due to mail-in voting and the general restrictions caused by the pandemic. Facebook says that its users — including those on Instagram — will see a notification once the polls close.

Candidates who post about the election will include labels on their posts that direct viewers to Facebook’s Voting Information Center, which will include more details about how the votes will be counted. Facebook also plans to shows notifications and labels emphasizing that no winner has yet been determined early on, assuming a big media company or one of the candidates makes a premature claim to victory.

Once a winner has been determined, Facebook says that it will show any contested claims made by the opposing candidate or party, assuming such opposition occurs. Facebook will see these notifications at the top of the app, as will Instagram users. Facebook will also provide users with materials that discuss topics like voting and mail-in voting, specifically addressing things like claims that mail-in voting is some sort of conspiracy.