When will Facebook ever get a Dislike button? If you ask Facebook, probably never. That doesn’t mean, however, that it isn’t cooking up ways to help users express their disapproval without typing anything. Multiple users have reported seeing a “downvote” button in some parts of Facebook. It’s not a dislike button, a Facebook representative explains. And while some might consider it splitting hairs, there is indeed a subtle difference between the two. In the end, however, it might have the same effect.

The downvote button is slightly different. It comes from a different tradition and a different network, namely Reddit. Its purpose, along with its upvote counterpart, was to allow users themselves to indirectly moderate threads, specifically comments, by pushing them up or down, depending on how much they like or dislike a response or how relevant or irrelevant the comment is to the topic.

Facebook’s Downvote button is supposedly similar, which is why it is only appearing in Facebook Groups comment sections or in Memories, and only for a small fraction of users in the US. It could be used as a tool to surface more relevant comments and bury bad ones. 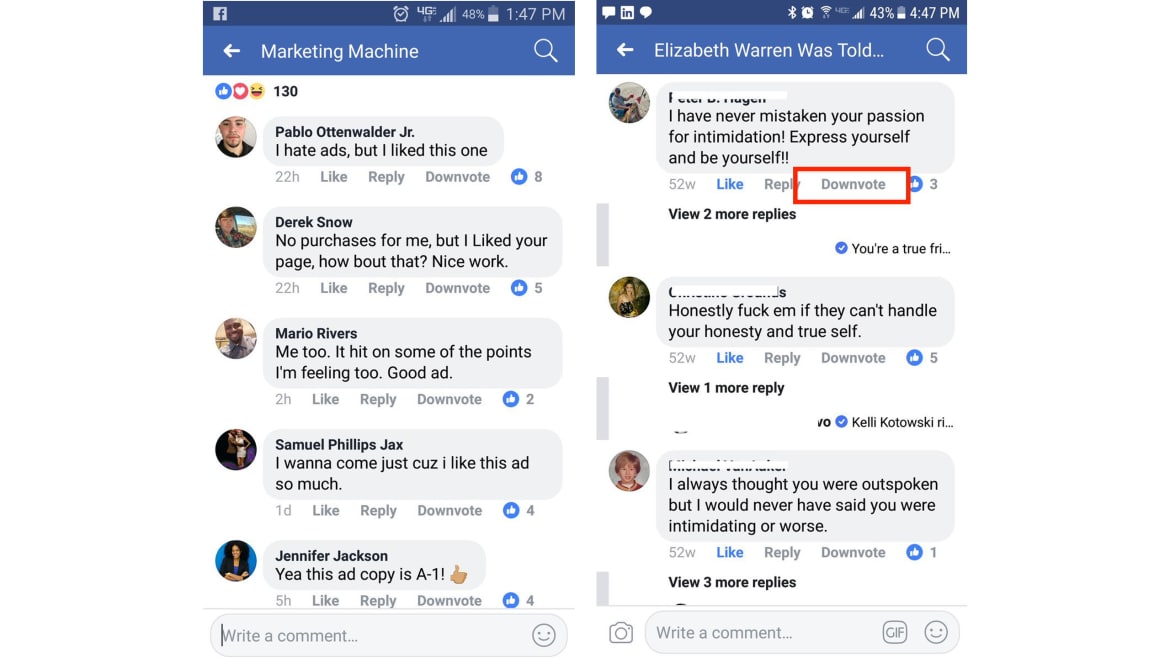 At least that’s the goal. This being the Internet and Facebook, it could still be misused and abused to spread the very same negativity that Facebook is desperately trying to avoid.

VIA: The Daily Beast