Your eyes may be the window to your soul, but they’re also another potential source of biometric security, and that’s something EyeVerify wants to see baked into smartphones and laptops. Relying on the fact that the pattern of veins in each person’s eyes is unique – no matter if you’re a twin or even if you’ve been somehow cloned – the EyeVerify system creates a digital fingerprint from a snapshot, and then uses that to verify your identity in future.

The system requires a 2-megapixel camera or above to get a good enough shot of the eye, which EyeVerify tells us has been the minor hitch in its plans until recently: we’re only just starting to see phones with suitably high resolution front-facing cameras arrive on the market. It will work with the rear camera, but then you’re reliant on the audio prompts to make sure you’re lining things up properly.

The learning process takes a half minute or so, building up a map of the veins around one or both eyes, and then subsequent identification routines take a few seconds to verify. It’ll work if you’re wearing glasses, too. 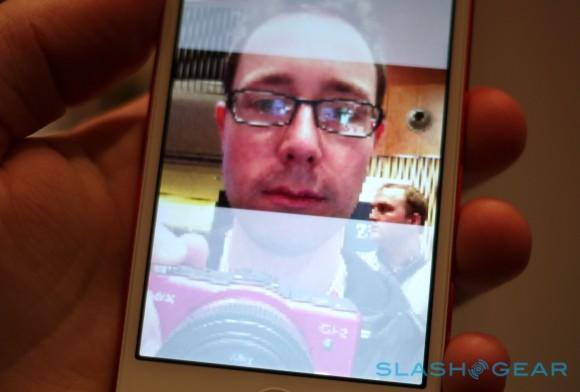 EyeVerify is pushing its technology to manufacturers and enterprise customers, rather than individual users, hoping to get the vein security system preloaded on hardware instead of offering it on a per-device download basis. It’s also counting on the recent spate of hacking attempts to “encourage” systems managers to demand more comprehensive security systems.

Given how existing biometrics system, such as Google’s face-recognition on Android, has been more gimmick than actual security, EyeVerify may have an uphill battle proving its option is truly secure. To help it do that, a closed beta will kick off later this year, though there’s no telling when exactly we’ll see EyeVerify show up on actual devices.