Some people fear that the Evernote ship has too many holes and too few crew members to stay afloat. Others have already started their exodus, looking for comparable services. While there’s no shortage of that, there’s something to be said for open source solutions that have the higher chance of surviving bankruptcy, hacks, and governments. Last time we took a look at Turtl, which turned out to be more of a Google Keep Notes alternative than an Evernote replacement. Now we try Standard Notes for a spin which places an even heavier emphasis on privacy and longevity.

If you have been burned by services that suddenly vanish without a trace, you might want to hear Standard Note’s spiel which comes in two parts. The first is end-to-end encryption, which uses your password not just to unlock your account but as an encryption key for each and every note you make on the app. Its second message is one of survivability, at least of your notes. Should Standard Notes go under, you will still have your notes thanks to backups as well as an offline decryption program. And, of course, it’s all open source, including the server backend it uses.

One of Standard Note’s key strengths when it comes to performance is speed. That’s partly because its basic free account is pretty barebones. Encryption and unlimited sync comes for free, as well as offlline access on any number of devices. Standard Notes has apps available for all the standard platforms and even has a Web version for everything else. The downside to that free account is that Standard Notes is pretty much a plain text editor. For some, that might be enough, for others, the $9.99 monthly fee is well worth the investment.

UPDATE: Just a quick update and clarification on Standard Notes’ pricing tiers. That $9.99 monthly figure might seem disheartening, but that is simply the full price if you want to only be billed every month. If, however, you have no problems being billed yearly or even every five years, then there are cheaper options available too.

• $4.17 per month is what you’d be effectively paying for if you opted to be billed annually. The price you’ll be charged for each year will be $49.99, a total proce saving of 58%.
• $2.48 per month is the cheapest option but one where the subscription is good for five years. The total thst you’ll be paying when you subscribe is $149, which is a 75% savings in total. 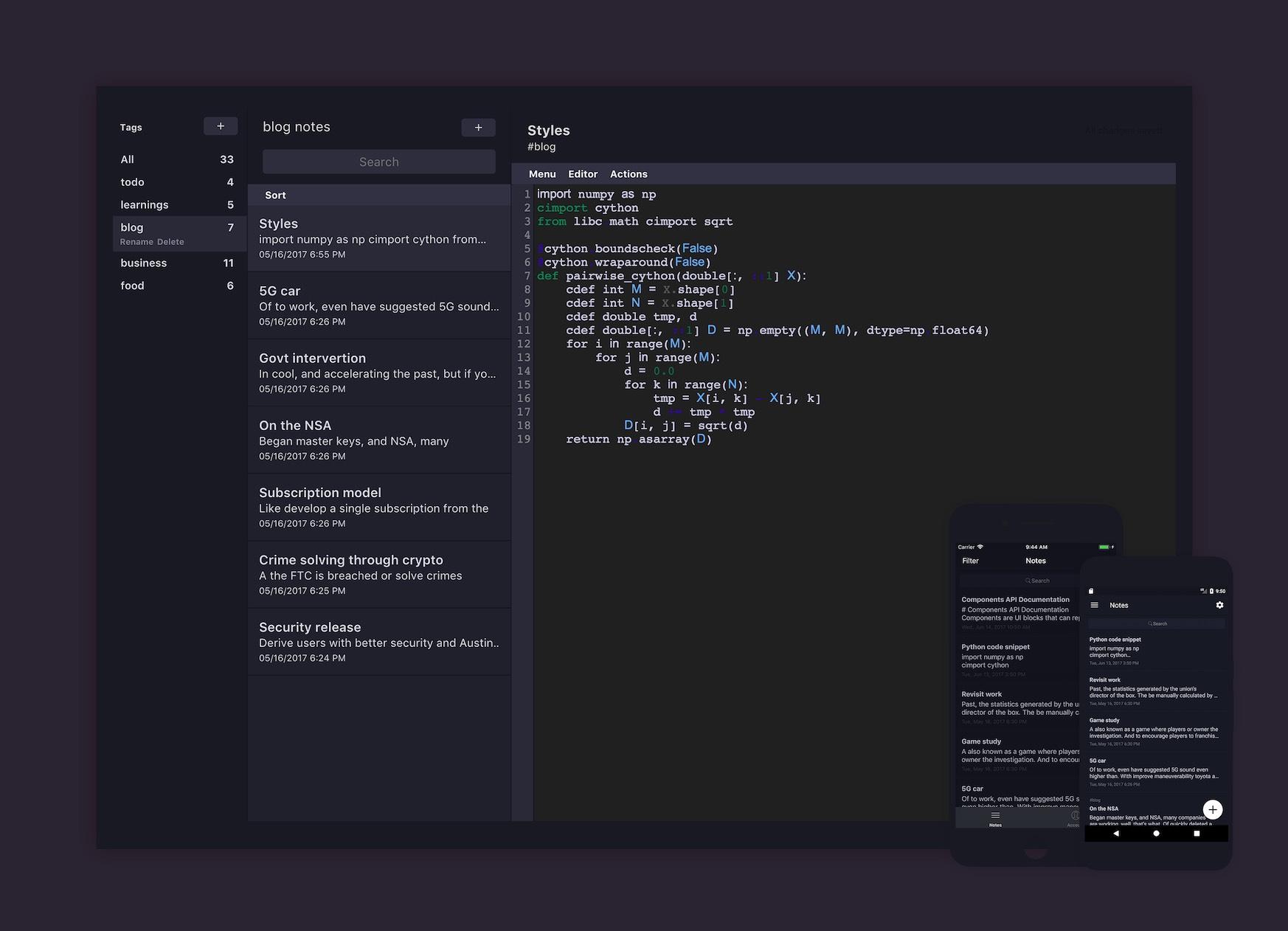 The Extended account brings out the full power of Standard Notes. While the basic free account is pretty much a highly-secure, cloud-synced plain text editor, Extension available only on through the paid subscription can give Evernote a run for its money. Use markdown to add formatting and images while retaining the note’s plain text format, integrate with services like GitHub and back up to other cloud services of your choice. You can even change the way the app looks with themes, something Evernote still hasn’t been able to provide.

That said, the default appearance of the Standard Notes desktop app, especially for free users, is pretty sparse. It follows the same three-column layout that Evernote uses, with the notebooks at the left most column, followed by the list of notes, and finally the contents of the notes. Unless you pony up some cash, that’s pretty much all you can have. 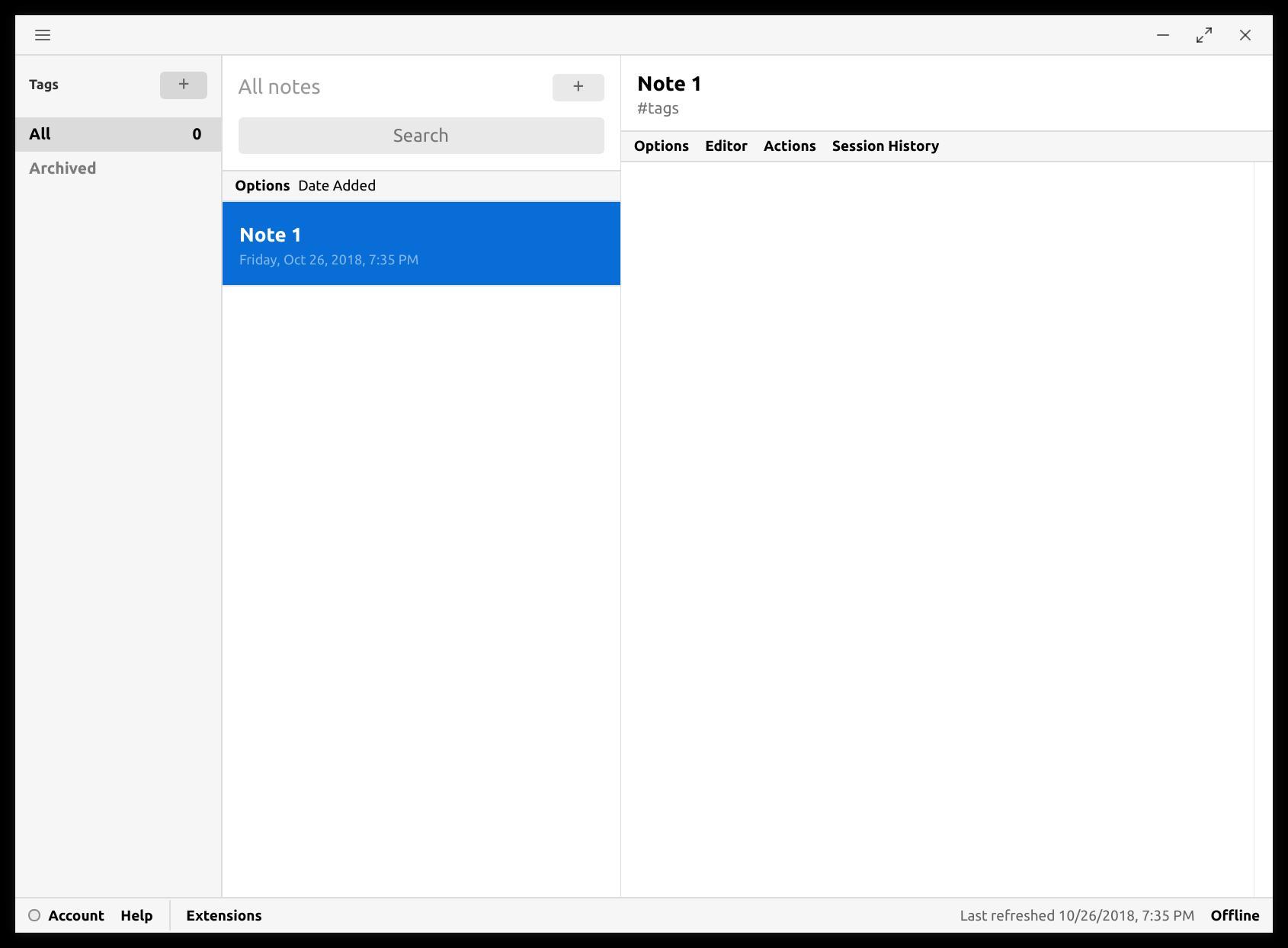 For some who need a quick and secure, no-frills note-taking service, Standard Notes’ performance and presence on all platforms, including the web, is more than enough. You can definitely extend its power, but the ability to even do basic formatted text is sadly hidden behind a subscription and can be a deal breaker, especially considering how much it’s asking for each month. Then again, that fee does bring more than pretty text and images but more peace of mind via backups and version history and Standard Notes’ free tier still offers more freedom and security than Evernote ever did.