Eurocom Tornado F7W is a monster workstation in laptop form

While majority of today’s laptops are growing slimmer and lighter, workstation maker Eurocom is going the opposite direction. Unwilling to sacrifice power and performance for the sake of portability or luxurious-looking designs, the company’s newest workstation pushes the envelope of what it means to be mobile and portable. Because while the Eurocom Tornado F7W may look like a laptop, its spec sheet will make you feel like you’re actually carrying your desk, and your work, with you everywhere.

That list definitely reads like a stationary workstation. For example, if even Intel’s Core i9 processors are not enough for you, then maybe a server-grade Xeon will. Never run out of memory with support for up to 128 GB. And graphics? No problem with upgradable NVIDIA Quadro Pros, up to the 16 GB P5200.

It doesn’t stop with the core specs either. You can actually have a maximum of 5 drives, mixed between NVMe SSD and SATA, set up in RAID 0/1/5, something you’d often here only on desktops or servers. In fact, if not for the laptop form factor, with a 17.3-inch FHD or UHD 4K screen, you might not even think this was a laptop. 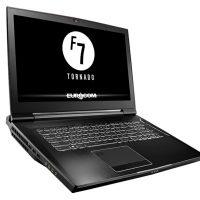 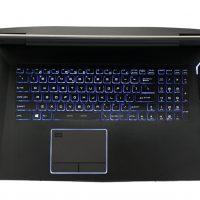 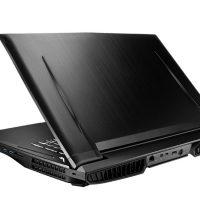 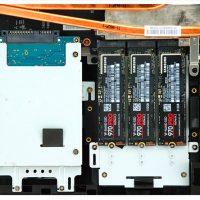 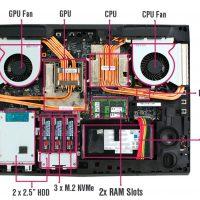 Of course, Eurocom’s customers and intended audience aren’t your average laptop-carrying users anyway. More often than not, these are heavy-duty enterprise workers with need for heavy-duty power even when on the go. That would explain its suite of security features, from SmartCard Readers to fingerprint scanners, to disk encryption. There is even an “anti-hacking package” where the webcam, mic, and even the WLAN is removed.

Unsurprisingly, the Eurocom Tornado F7W Mobile Workstation also carries a rather heavy price tag. That starts at $3,499 with the lowest and most basic configuration and can easily skyrocket as you get to workstation-grade options.