Andy Rubin made a tweet today and confirmed that the company he started, Essential, was still in business. The first most obvious reason he’d have said what he did was that the company has more hardware in store – like an Essential Phone 2. But it might just be that he’s been pressured by fans to the point at which he couldn’t help but give some confirmation that the company wasn’t going to leave future customers completely in the dark.

The original Essential Phone PH-1 didn’t sell particularly well at the start. When it was first put on sale, users didn’t flock to pick it up – largely because of lackluster reviews from tech publications worldwide. After the phone eventually went down in price and sold a relatively substantial amount of units, there existed a sort of cult following for the machine – and the brand. 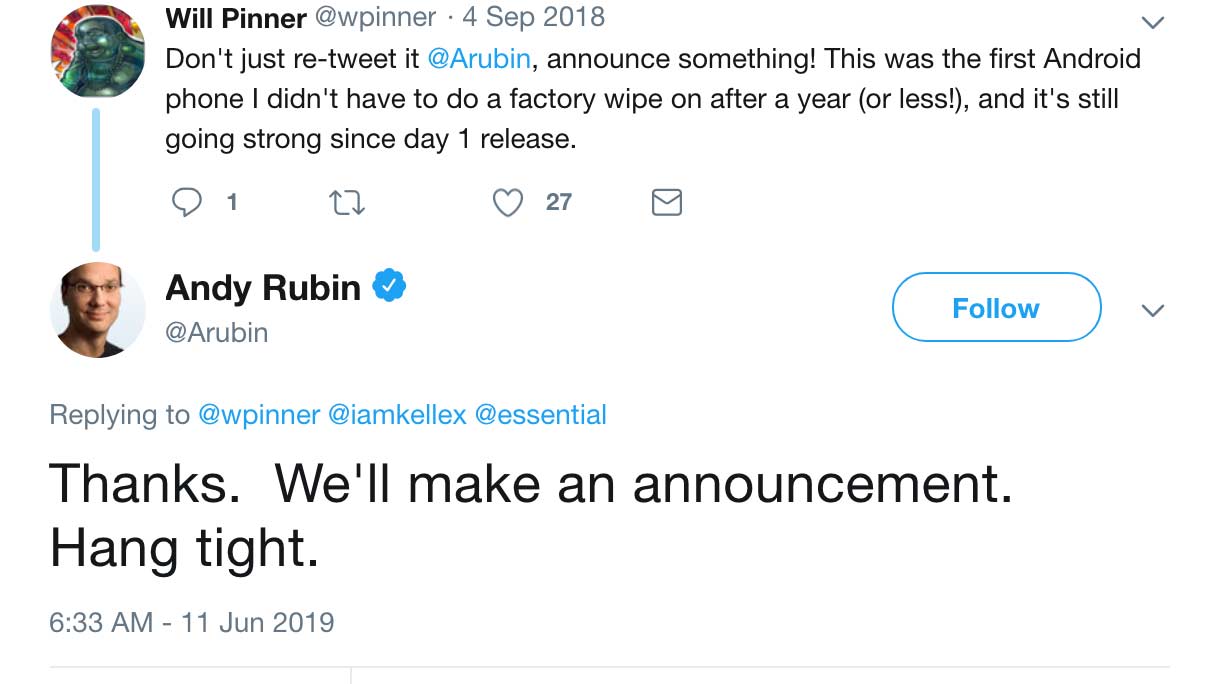 Andy Rubin went to Twitter back on September 4th, 2018 to retweet a message from Droid-Life writer Kellen. This message included the text “please make another phone, @essential” and some suggestion that the Essential Phone received software updates faster than even Google’s own Pixel phones.

Another user by the name of Will Pinner replied that same day, saying “Don’t just re-tweet it @Arubin, announce something! This was the first Android phone I didn’t have to do a factory wipe on after a year (or less!), and it’s still going strong since day 1 release.”

Fast forward ALL the way to June 11th, 2019, and Andy Rubin replied to Will Pinner, saying “Thanks. We’ll make an announcement. Hang tight.”

In all likelihood, Rubin was online on September 4, 2019, on the 10th of September, the 24th of September, and a couple days in October – all in 2018, as indicated by the dates of his most recent Tweets. He probably doesn’t sign on very often – or at least does not reply or tweet very often.

He’s got a lot on his mind, after all – his most recent two non-reply tweets had to do with a New York Times report and his time at Google, and the fallout.

He also made a single Tweet on April 4th, another on April 26th, and a total of two tweets today. One was the tweet spoken about above, the other was in reply to a user of an Essential Phone PH-1 who’d experienced a random screen break. 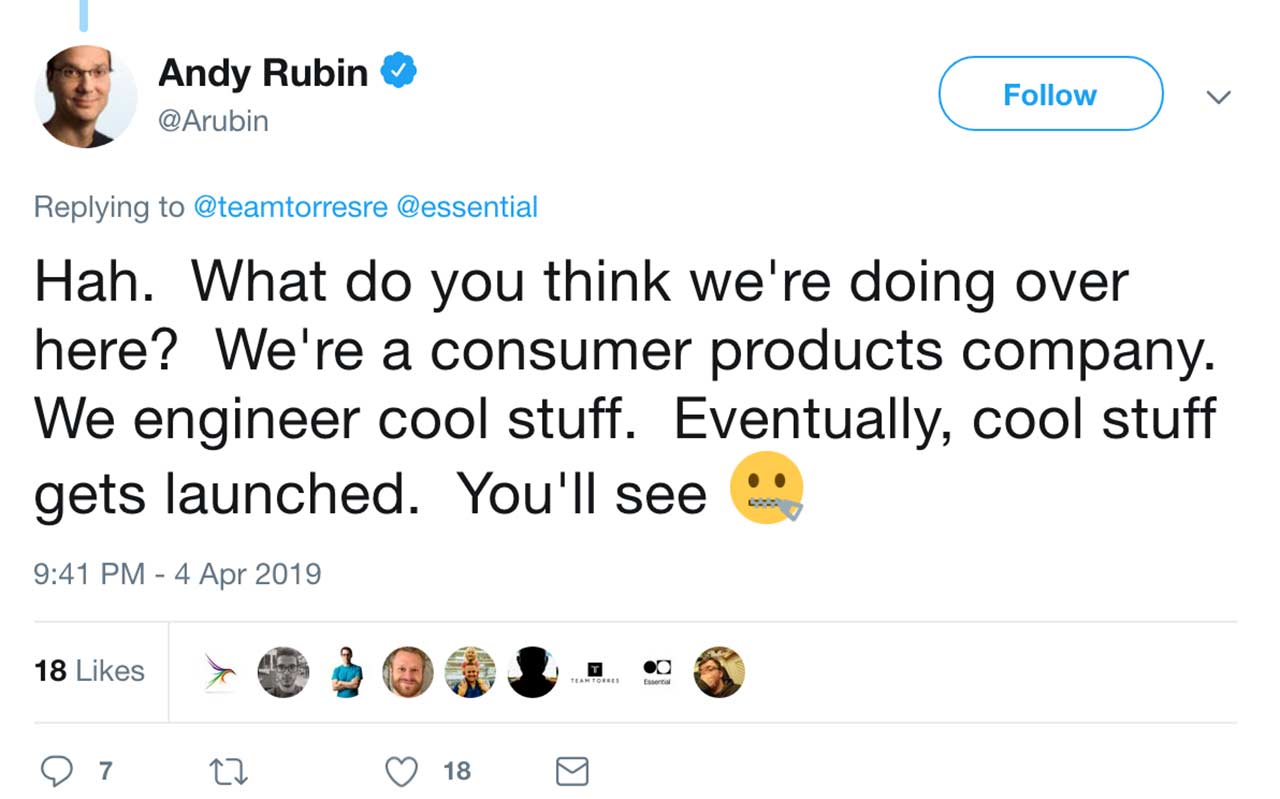 Rubin tweeted on the 26th of April to an Essential fan about buying an in-the-box Essential Phone PH-1, and the most KEY tweet came back on April 4th. It was then that Rubin said: “Hah. What do you think we’re doing over here? We’re a consumer products company. We engineer cool stuff. Eventually, cool stuff gets launched. You’ll see. *zipper-mouth face*”

I don’t believe the newest tweet is definitive proof that there’s about to be an Essential Phone PH-2 just around the corner. I DO believe that it’s another indication that Rubin isn’t leaving Essential – not yet, anyway. If there’s another piece of hardware, I’m crossing fingers that it’s a slightly larger handset – but we’ll see!