For those getting started with coffee, pour over is arguably the easiest route. You can get a cheap plastic cone for a few dollars, filter papers are similarly inexpensive, and then all you need is coffee and a way of boiling water. It’s not to say you can’t go deeper down the rabbit hole and make things more complex, but in terms of taking beans and making a brew from them it’s one of the most straightforward.

Most pour over cones come to a point at the bottom. The strength of your coffee depends on a few factors: the size and number of the holes in the cone, the type of filter you’re using (typically paper, fabric, or a fine metal mesh), and how finely the coffee beans themselves have been ground. Slow the flow – whether that’s by grinding the coffee finer or using a filter with fewer or smaller holes – and the resulting drink will be stronger, though potentially taste over-extracted; speed it up, and it’ll be weaker but you may avoid some of the less-pleasant tastes. 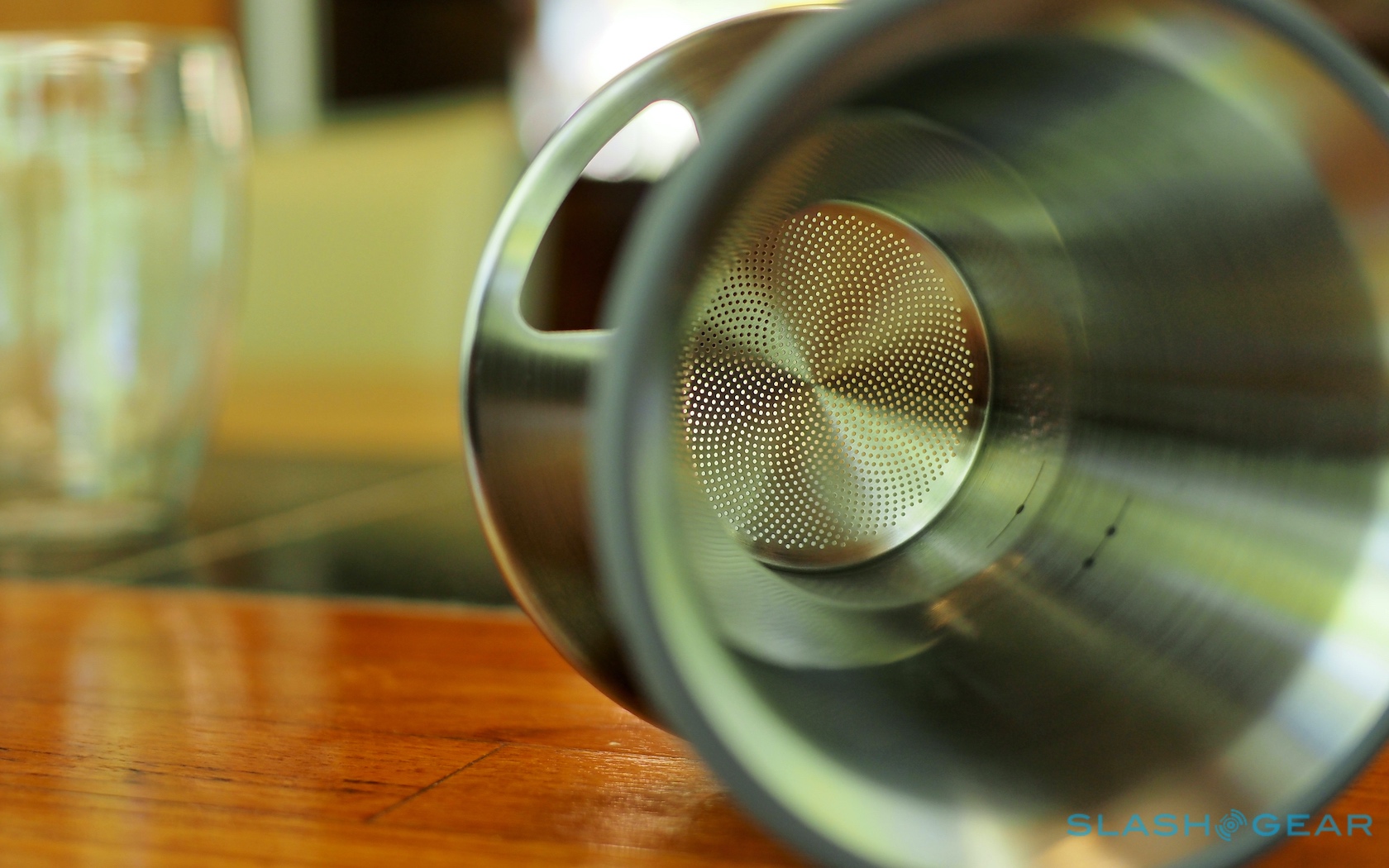 The Espro Bloom, in contrast, has a flat base more akin to the basket for an espresso machine. 1,500+ tiny holes let the coffee through more rapidly – Espro says two minutes, versus anything from double to almost quadruple that from other pour over methods – but without losing the flavor, so the company claims. You can use it with a filter paper, for a cleaner cup with fewer “fines” – the tiny grains of ground coffee dust – or without a filter for a flavor bump. 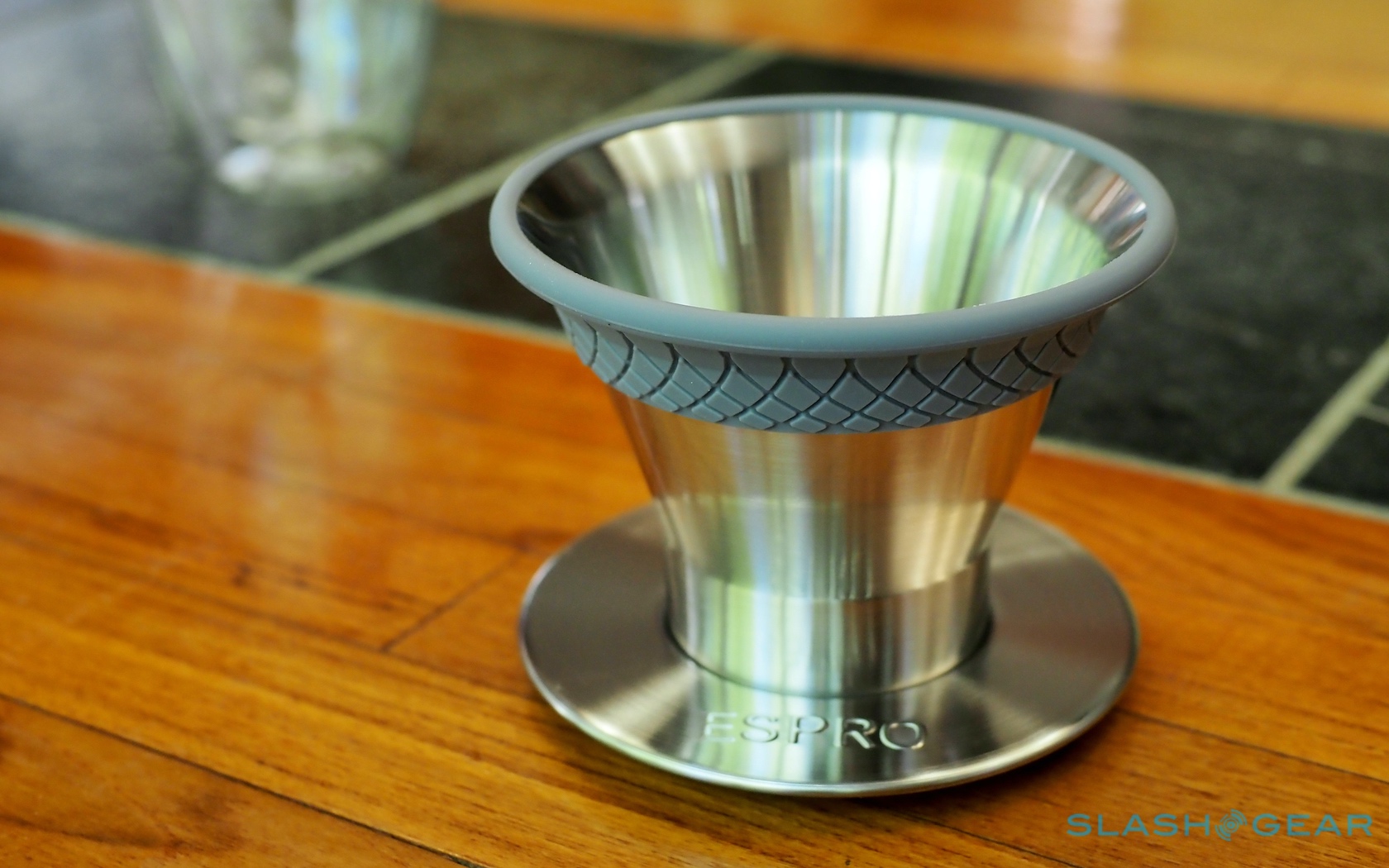 It certainly feels built to last. $34.95 gets you a stainless steel construction with a rubber grip, and while I wouldn’t feel entirely confident throwing a ceramic cone into a suitcase for travel use, the Bloom is so solid I would have no such qualms. Espro says the metal also helps retain heat, reducing the amount of temperature loss as the coffee brews. 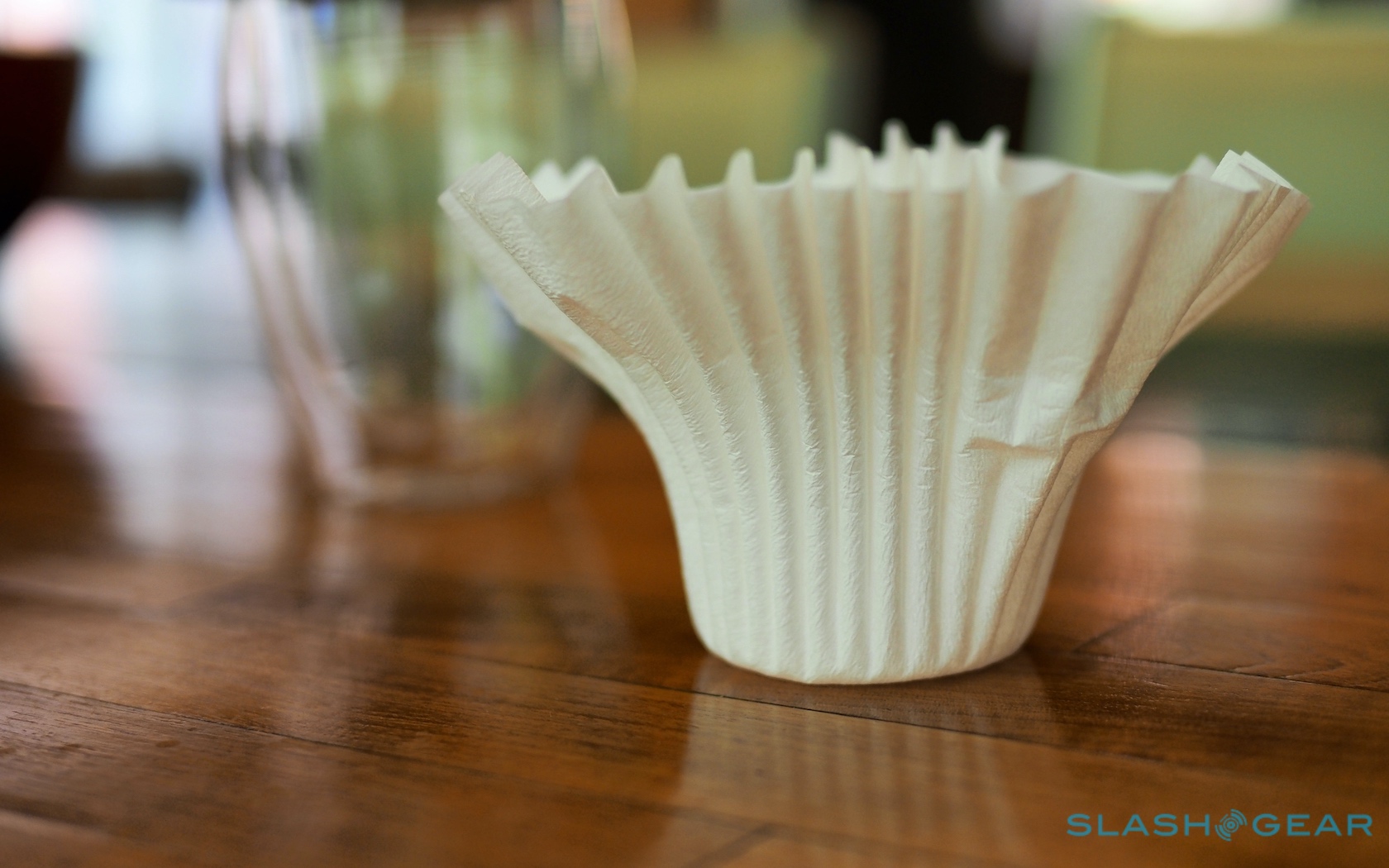 Espro’s filter papers may have been specially designed to encourage extraction, but they aren’t exactly easy to use first thing in the morning in a decaffeinated state. With their dozens of pleats, they stick together with a tenacity that borders on ridiculous. Trying to separate out a single filter without crushing its concertina shape in the process is a nightmare. 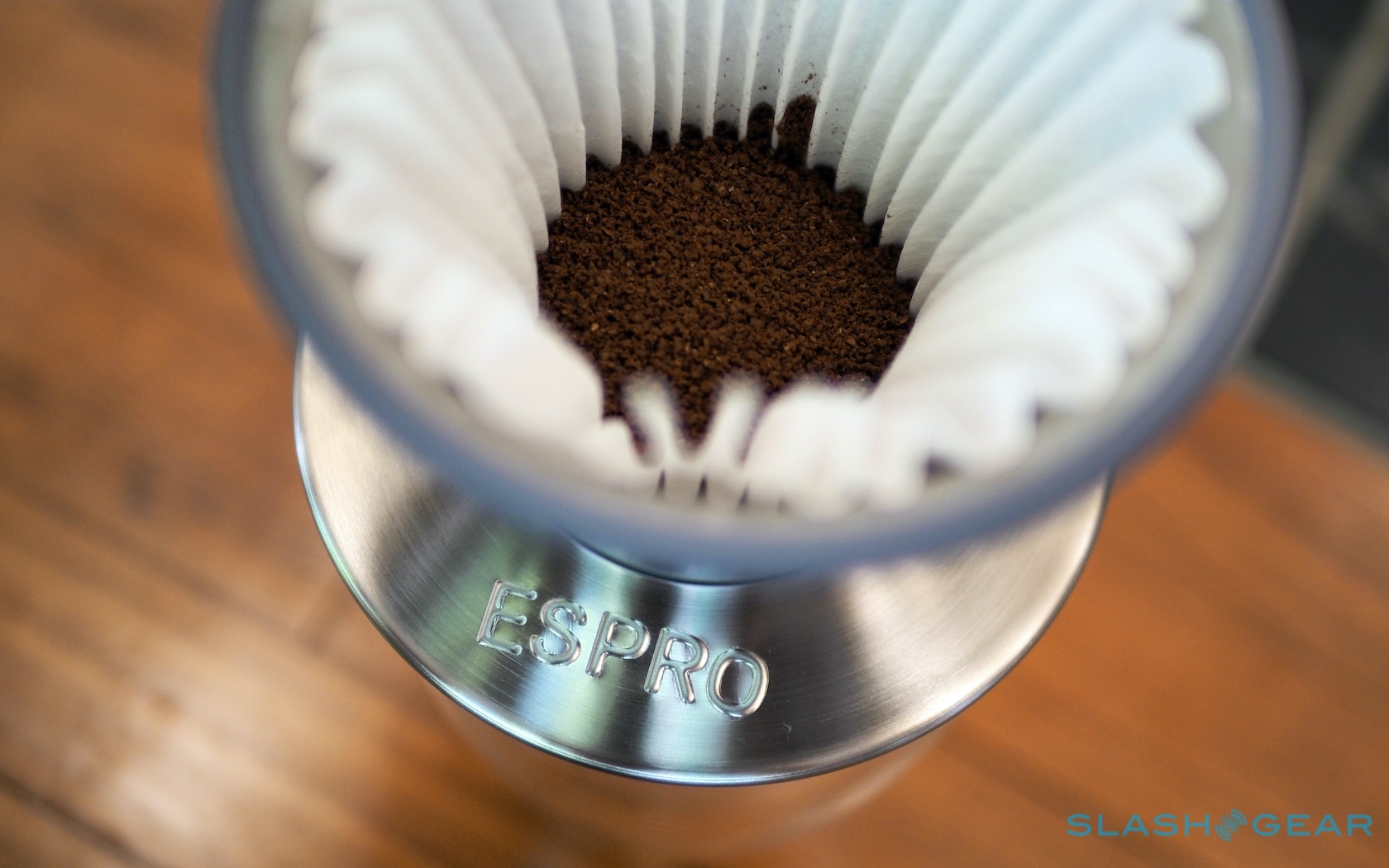 They definitely fit the Bloom nicely, though, and make clean-up more straightforward. I started out pre-wetting the cone and filter, as that can help remove some of the papery taste as well as keep the brew’s heat, and then added about 16 grams of ground coffee. As with any coffee brewing method, freshly grinding the beans in a burr grinder is the key to the best taste: the aromatic oils in coffee – which make it so enjoyable to drink – rapidly dissipate after grinding, which is why store-bought pre-ground coffee can seem so two-dimensional and underwhelming. 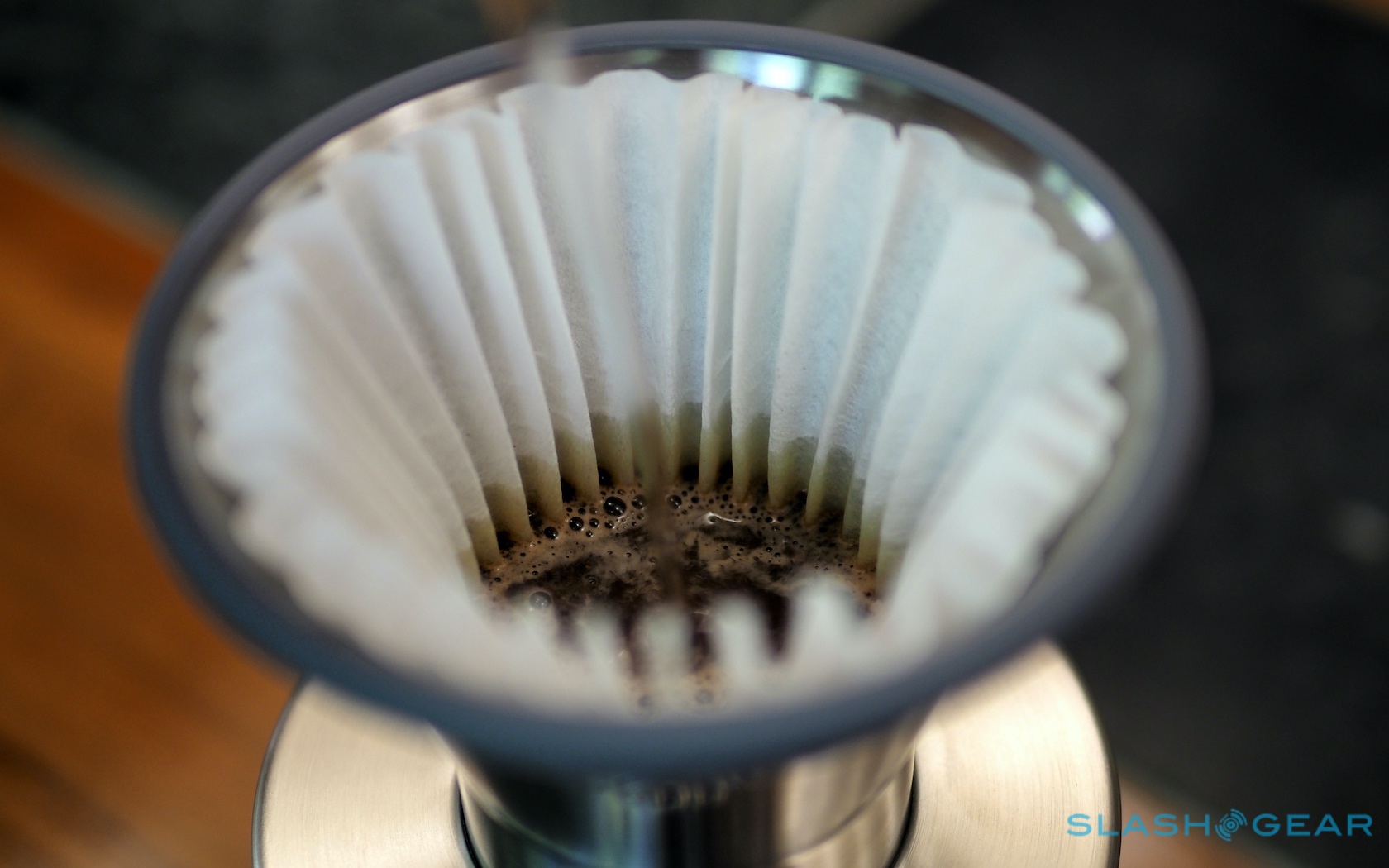 With the filter paper, you’re looking for a relatively fine grind. Then you wet the coffee with about 1.7 ounces of water that’s just off the boil, wait 30 seconds, and then evenly add another 8.8 ounces. The coffee flows through the holes into the cup you’ve hopefully remembered to place underneath. 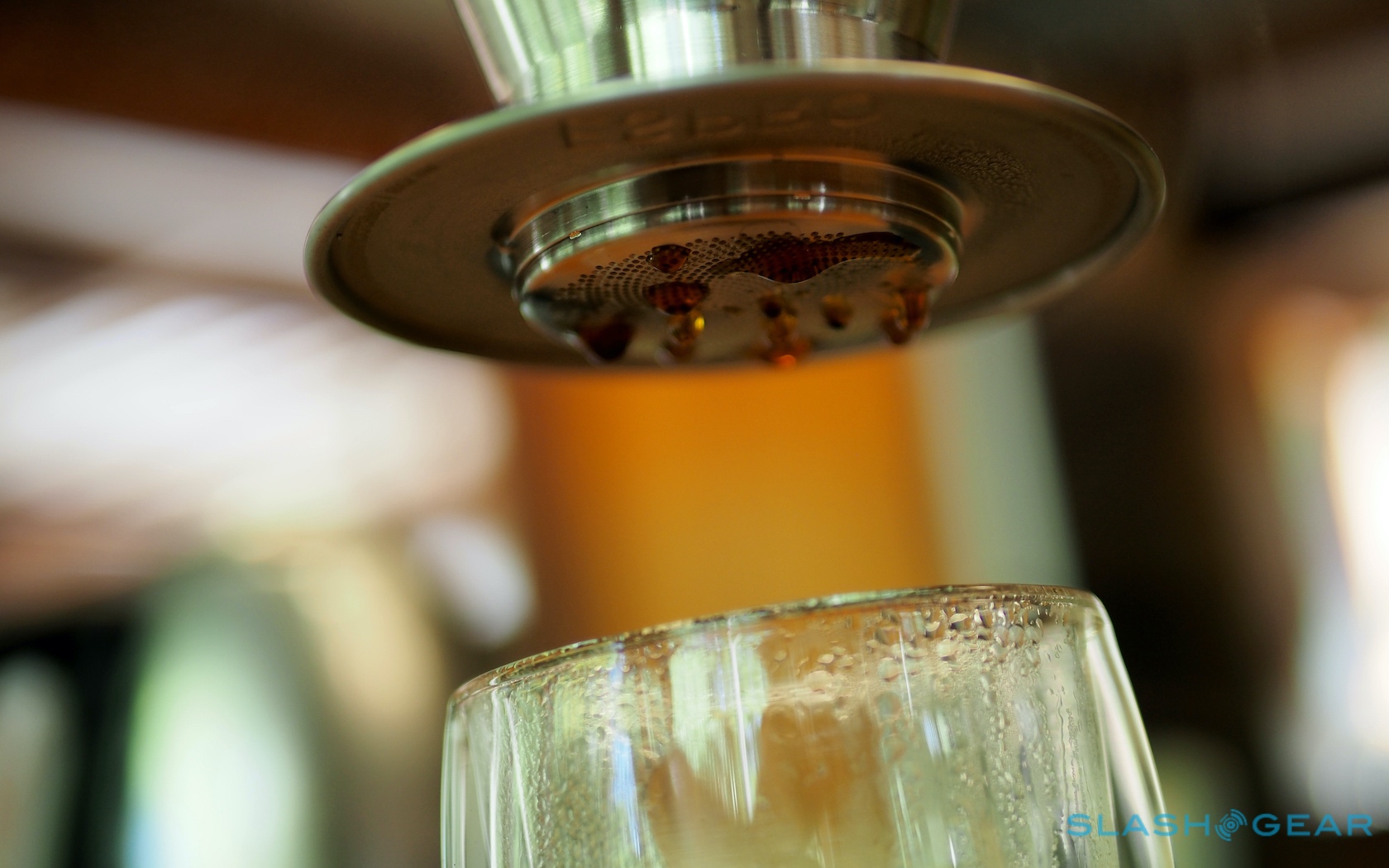 Hitting Espro’s promised two minute brew time depends on getting those factors I mentioned before just right, which took a little trial and error on grind. The resulting cup tasted, I was surprised to find, much like pour over made with a more traditional cone did, even though it was complete in about half the time. Espro says the narrower lower half of the Bloom helps channel the water to fully saturate the ground coffee, and that seems to be the case. 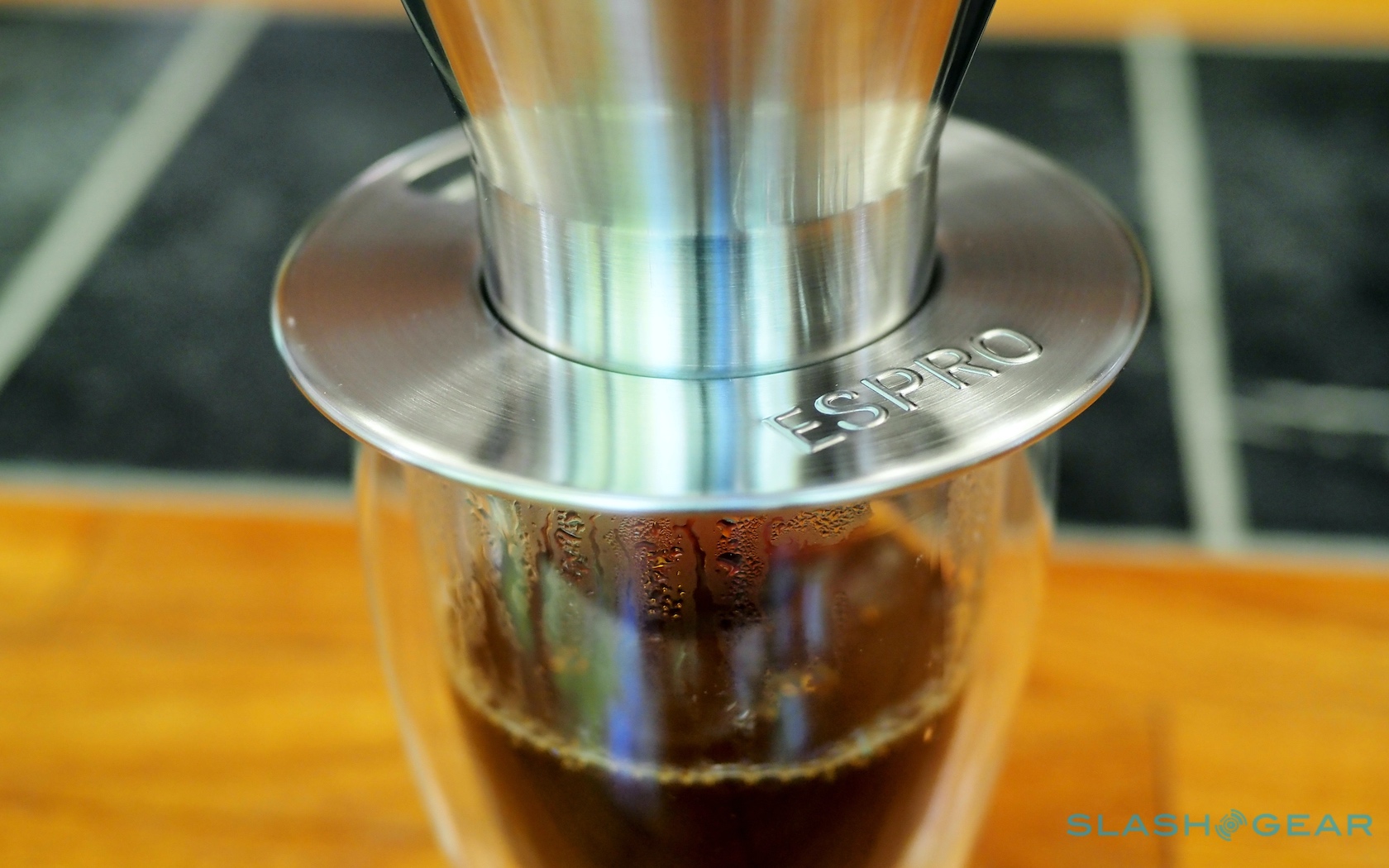 Without the filter, things get a little more finicky. First, you have to be more careful with the grind: if the coffee is too fine, it’ll fall through the holes or clog them up. Too course, though, and the water runs through too rapidly to grab all those flavors you want. Eventually I got it about right, and noticed some extra body in the cup, but clean-up is a lot more of a headache since there’s only so much coffee you can get out by banging the Bloom above a trash can. 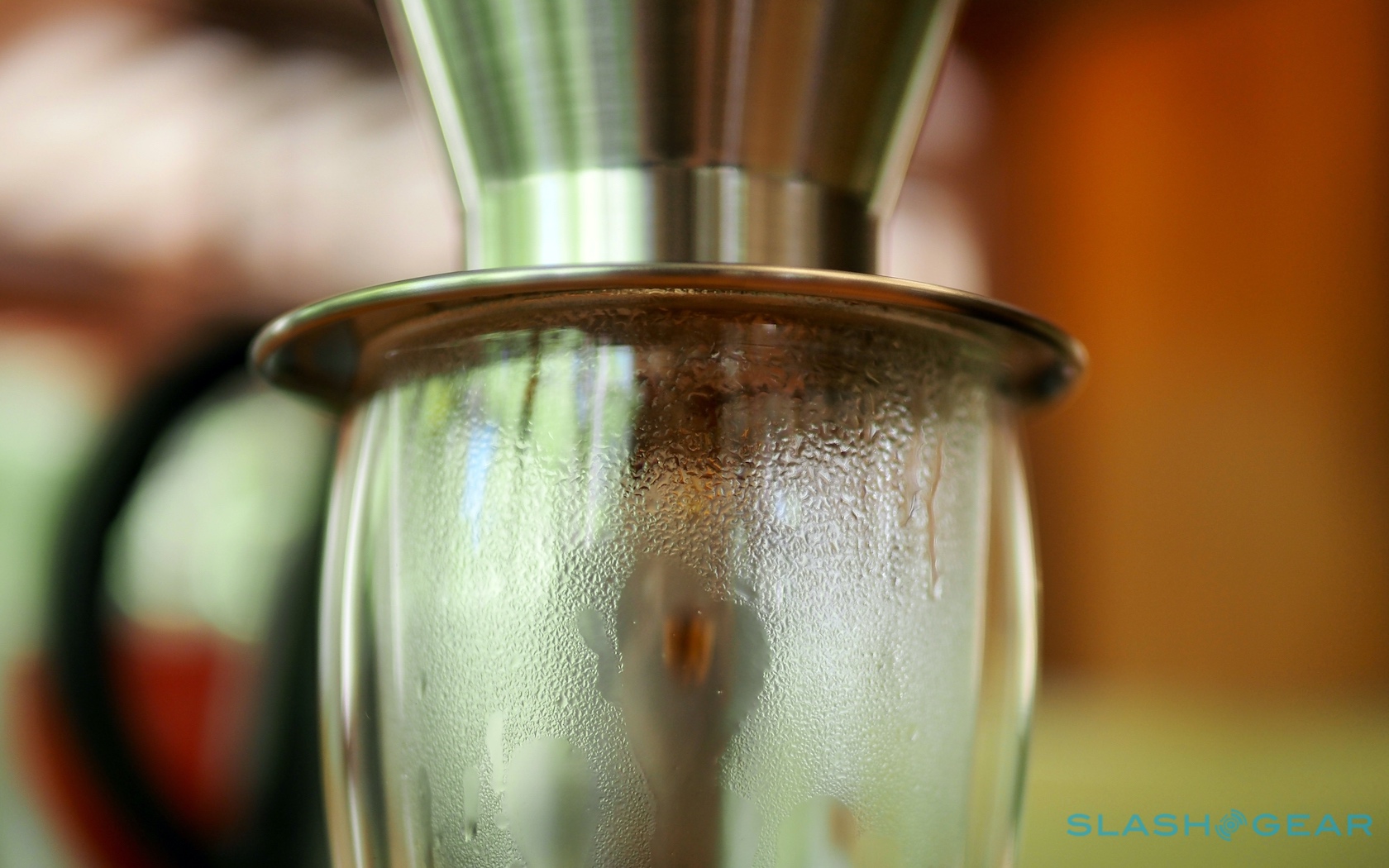 Either way, those who prefer a stronger cup of coffee – or who like the bolder flavors from darker roasts – may want to stick with their current cone. The Bloom tends toward a more subtle cup, rather than an all-out flavor bomb you can create with a more restricted flow. On the other hand, however, I found with some lighter roasts that I was noticing more complex, fleeting flavors that in other pour over cones tended to get overwhelmed. 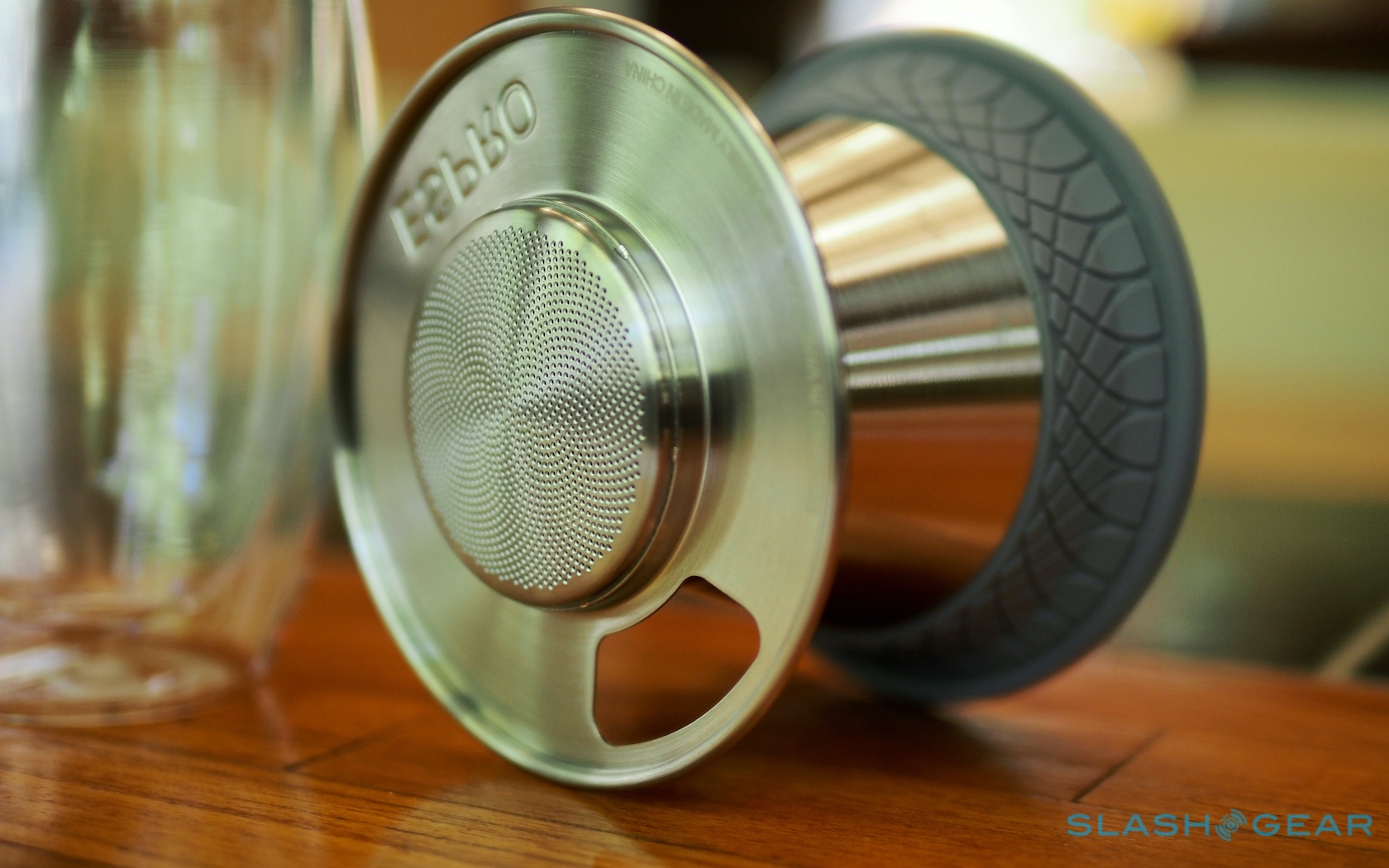 I like the Bloom, though I’m not sure it’s quite the revelation in pour over coffee that Espro promised. The Clever Coffee Dripper is a few dollars cheaper, but the ability to control how long its brew runs by deciding when to let the coffee out offers more flexibility for tinkering with your cup. The downside is that its plastic construction just isn’t as sturdy as the Bloom, and over time its little valve can become leaky. 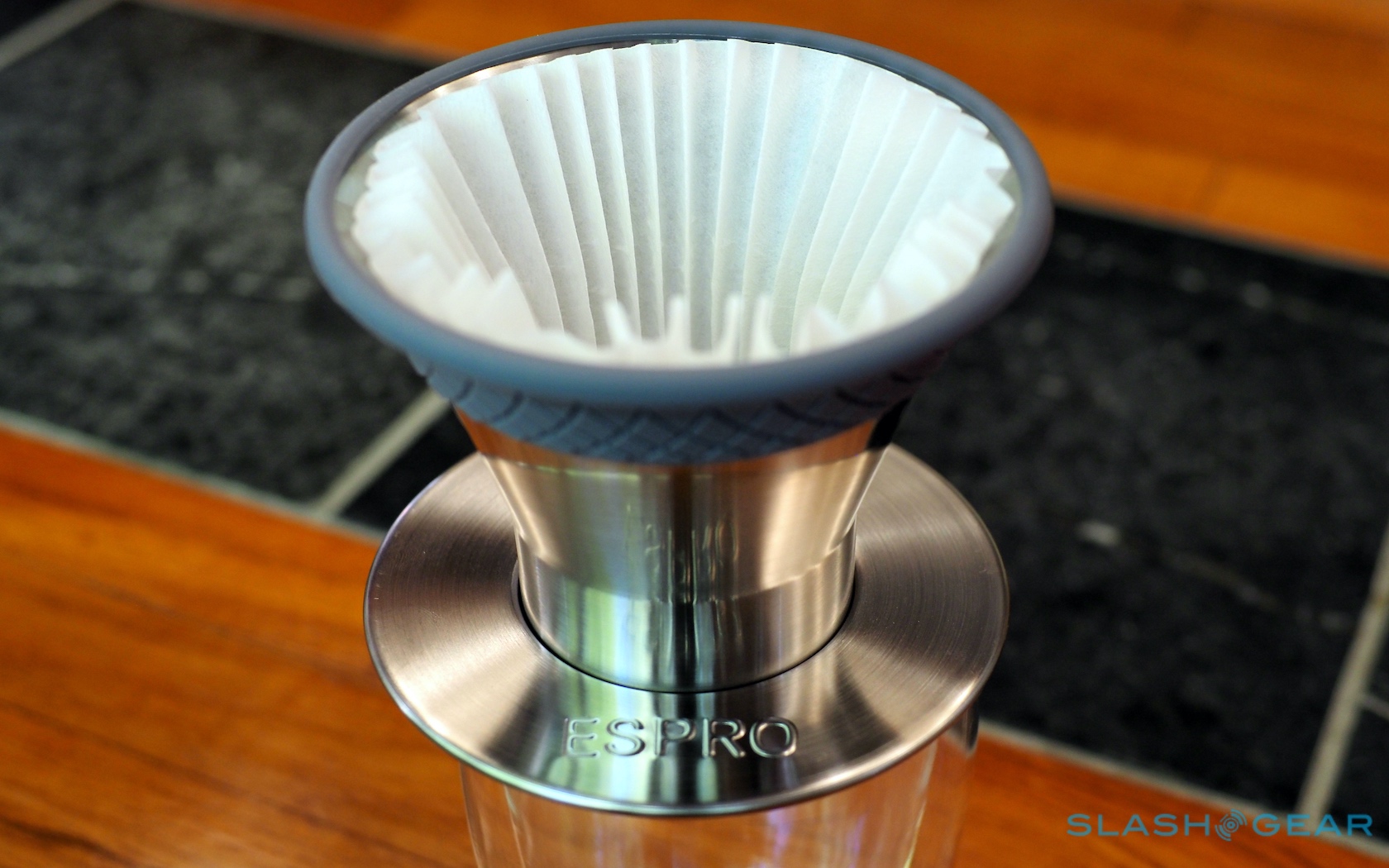 Bloom, too, requires Espro’s special filters unless you’re going to use it bare. You get ten in the box to begin with, and then pay $10 for a pack of 100. That’s more expensive than most regular, unbleached paper filters, which are also easier to find in grocery stores. 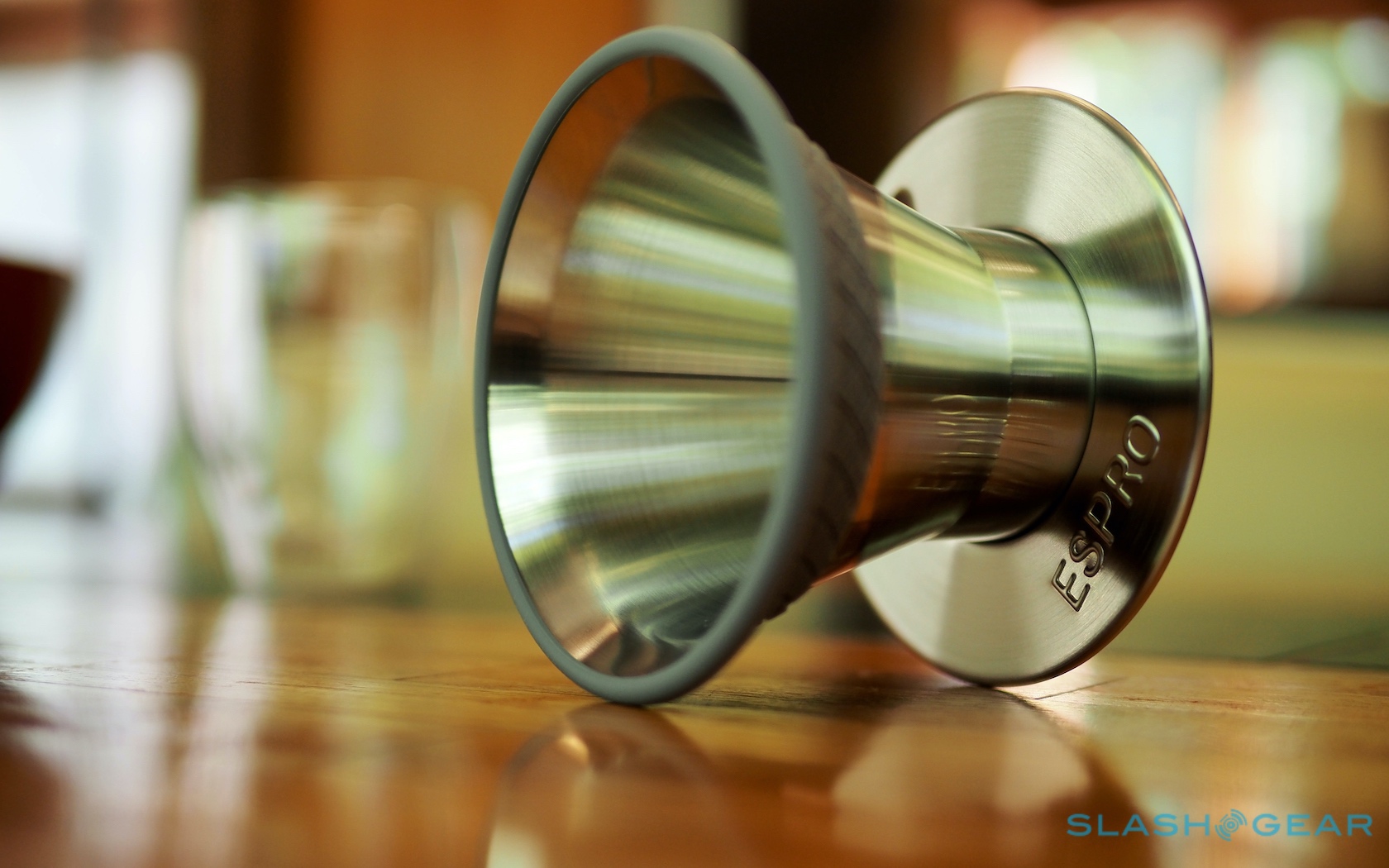 In the grand scheme of things, the cost of filters and even the Bloom itself are a fraction of other coffee preparation methods. It’s not unfair to imagine picking up a Bloom to try alongside your other cones, rather than to replace it altogether. For those “give me caffeine and fast” moments first thing in the morning it does what it promises to – just remember to liberate the coffee filter from the pack the night before.