The European Space Agency has shared a new image of Mars captured using the camera on its Mars Express spacecraft. In the photo, we see Mars’ north pole covered with large sheets of snowy white ice surrounded by otherwise reddish and dusty landscape. The image is surprisingly clear and smooth, resembling something one may capture with a 4K drone camera or DSLR.

According to the ESA, the layers of ice that cover Mars’ poles are layered in such a way that they ‘subtly shift’ over the course of a year, causing changes to their overall composition and coverage. The poles have a permanent cover of water ice during the summer, something that thins during the freezing winter as carbon dioxide starts to build up. 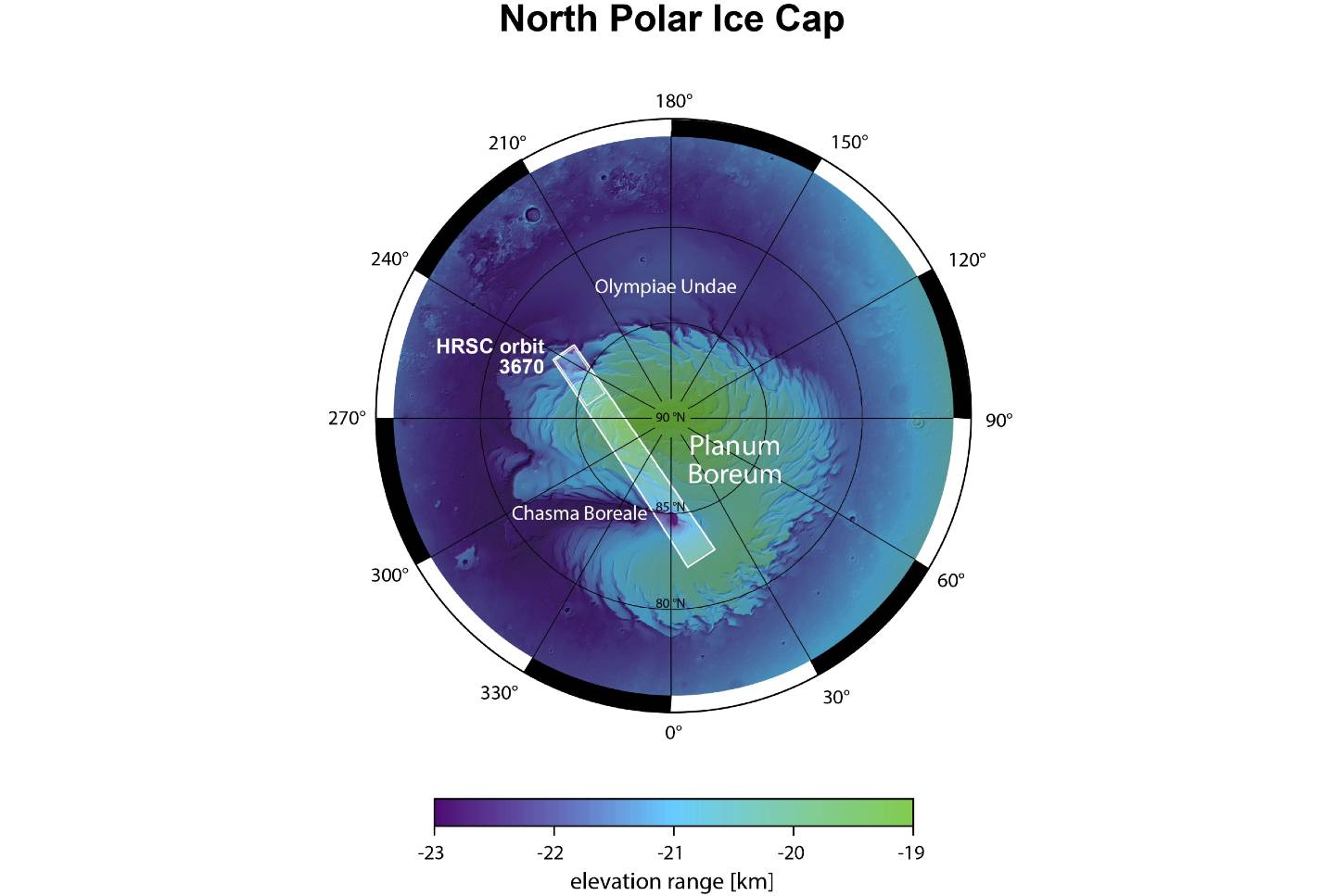 The new image of the planet’s north pole was captured using the Mars Express spacecraft’s High Resolution Stereo Camera (HRSC). The agency shared the image in a recent post, explaining that the small bits of whispy whiteness visible in the photo isn’t snow, but are in fact carbon dioxide clouds that block some of the features on the land below them.

Despite that, the cloud cover in this image is very minor, meaning that a substantial portion of the ice layers and red landscape are visible in the photo. The spiral pattern showcased in the image is partially the result of katabatic winds, which the ESA says use gravity to move the dry frigid air downslope into warmer areas.

ESA refers to these icy poles as particularly interesting areas on the Red Planet, ones that help shed light on Mars’ climate and the ways it has changed over time. Each layer of ice and dust is essentially a ‘snapshot’ of the changes that have taken place, providing some clues about the seasons in a way similar to the story told by rings in a tree.