The European Space Agency has published two concept images that show the hibernation pods and crew cabin that may be used as part of future long-term space missions involving human astronauts. The work comes from the ESA’s Concurrent Design Facility, which was tasked with evaluating the use of hibernation in trips to other nearby planets including Mars.

Human trips to planets like Mars will take months to complete, leaving humans with little to do in the long weeks of travel. Hibernation has been proposed as an effective way to make long trips seem like they happen quickly while reducing caloric needs and minimizing space. 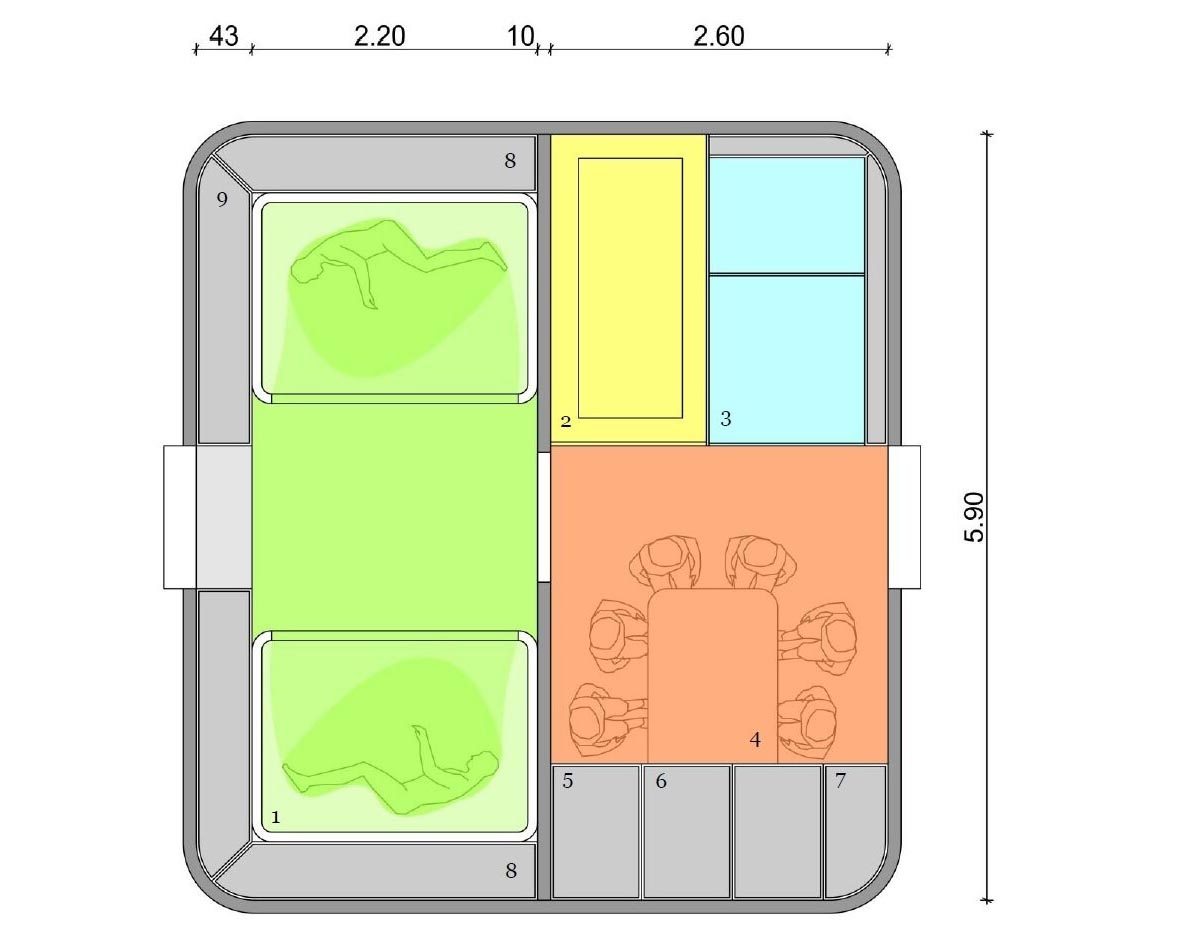 The ESA notes in a new report that trips involving human hibernation would make it possible to use smaller spacecraft. Experts evaluated how this type of travel would influence the overall design of a spacecraft, which — in the case of the concept — would be designed to house six astronauts who are on their way to Mars.

The concept would involve using individual pods to put humans into hibernation; these same pods could function as tiny ‘cabins’ for when the astronauts are awake. For the sake of the concept, the experts assumed the humans would be put into a hibernation state that involves first eating enough to pack on some pounds, which would then be used to provide the body with its caloric needs while unconscious.

The pods would have a soft shell, according to the ESA concept, that cooled down and became dark during hibernation. The assumption would be, in this case, that the hibernation method would allow the humans to retain their muscle and bone mass and that they would be given 21 days to recuperate after the hibernation period was over.

Various systems, including artificial intelligence, would be used to keep the spaceship operational while the humans were asleep. The hibernation pods themselves would help keep the humans protected from space radiation. We’re still decades away from actual long-term human space flight involving hibernation states, however.