A team of researchers led by the ESA have fired a new type of thruster that could allow satellites to fly in very low Earth orbits for years at a time. The new thruster is an air-breathing ion thruster. It can slurp up the scant amount air molecules that are very high up in the atmosphere and use that air for propellant.

The ESA has proven that a low Earth orbiting satellite can stay in orbit for much longer if it has a thruster that can compensate for air drag. This was proven with the GOCE satellite that orbited as low as 250 km for over five years thanks to the 40kg tank of xenon it used to power its thruster. However, when that tank of fuel ran out, the satellite fell to Earth. 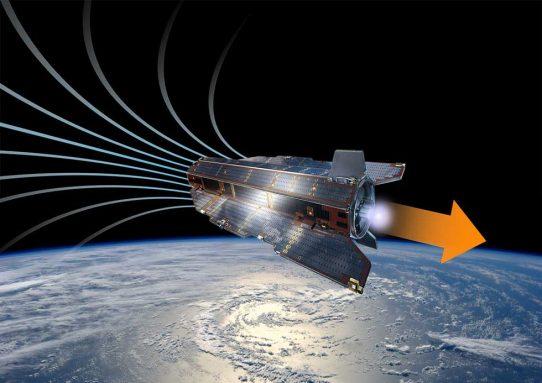 The ESA team says that if you replace that onboard propellant with atmospheric molecules you can create a new class of satellites able to orbit very low for extended periods. Air-breathing electric thrusters such as this could also be used in the outer atmospheric fringes of other planets like Mars by drawing in carbon dioxide.

The complete thruster was developed for testing by Sitael in Italy in a facility that simulated the environment at an altitude of 200 km. The team says that a “particle flow generator” provides the oncoming high-speed molecules for collection by the Ram-Electric Propulsion intake and thruster. This device has no valves or complex parts and works on a passive basis described as simple. 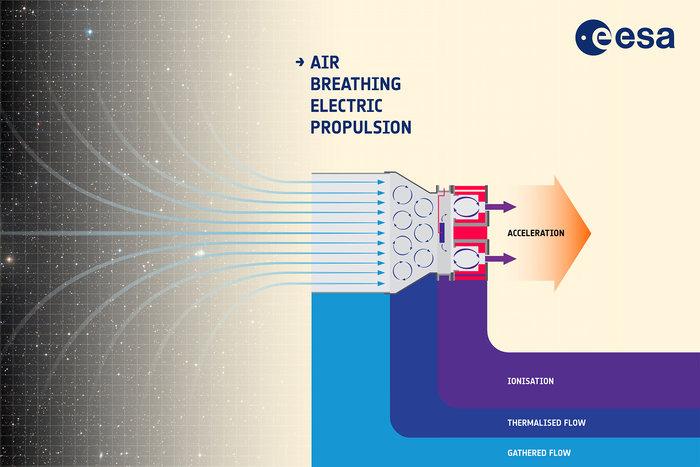 The thruster only needs to power the coils and electrics to create a drag-compensating system. The team says that the challenge was to design the new air intake to collect the air molecules rather than bouncing them away. The team says that the result of its research had demonstrated that air-breathing electric propulsion isn’t a theory any longer, but a working concept.