The ESA is working on a mission that will put another rover on the surface of Mars with launch aiming at 2020. The ExoMars Landing Site Selection Working Grop has now issued its recommendation on a landing site for that mission; the landing site is a location called Oxia Planum. The final step in the selection process is an internal review by the ESA and Roscosmos.

The primary goal for ExoMars is to try and figure out if life ever existed on Mars. With the planet having had surface water at some point in the past, scientists want to know if life was present with that water. ESA launched the ExoMars Trace Gas Orbiter in 2016 to search for gases in the atmosphere that might be linked to biological or geological activity.

The ExoMars rover that will land on the planet will cruise to different locations around its landing site and drill up to two meters below the surface to search for clues about past life. The data gathered by the rover will be relayed to Earth via the Trace Gas Orbiter. There is another landing site candidate called Mawrth Vallis.

Both it and Oxia Planum have a geological record of a wet past on Mars. Both lie north of the equator of the Red Planet and are several hundred kilometers apart. The recommendation of Oxia Planum came after a two-day long meeting at the National Space Center in Leicester, UK. The committee included experts in Mars science, industry, and the ExoMars project. 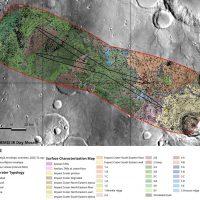 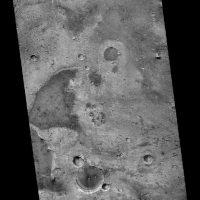 A landing site for the ExoMars rover has been in discussions since 2013 when proposals for landing locations were first asked for. The list was whittled down to four for detailed analysis in late 2014. In 2015, Oxia Planum was identified as one of the most compatible sites for mission requirements and the launch date at that time was thought to be 2018.