A stunning new image mapping the universe offers unprecedented detail, delivering groundbreaking visuals of our Milky Way’s features through to gigantic black holes as they grow in distant galaxies. It’s the handiwork of the eROSITA X-ray telescope aboard the Russian-German “Spectrum- Roentgen-Gamma” (SRG), and promises the deepest view of the sky from its 360-degree instruments.

eROSITA launched almost a year ago, and took up position in the second Lagrange point of the Earth-Sun-system. It’s equipped with seven identical mirror modules, which direct X-ray photons into custom cameras. The result is an incredibly detailed view of the sky, though not necessarily a swift one.

Indeed it wasn’t until June 11 that eROSITA had completed its first full survey. That saw each point in the sky exposed for 150-200 seconds, on average – the telescope continuously rotating – though some areas saw cumulative exposures amounting to several hours. In total that was more than 165 GB of data, which may not sound ridiculous but becomes far more of a challenge to efficiently transfer when you consider the telescope is almost a million miles away from Earth. 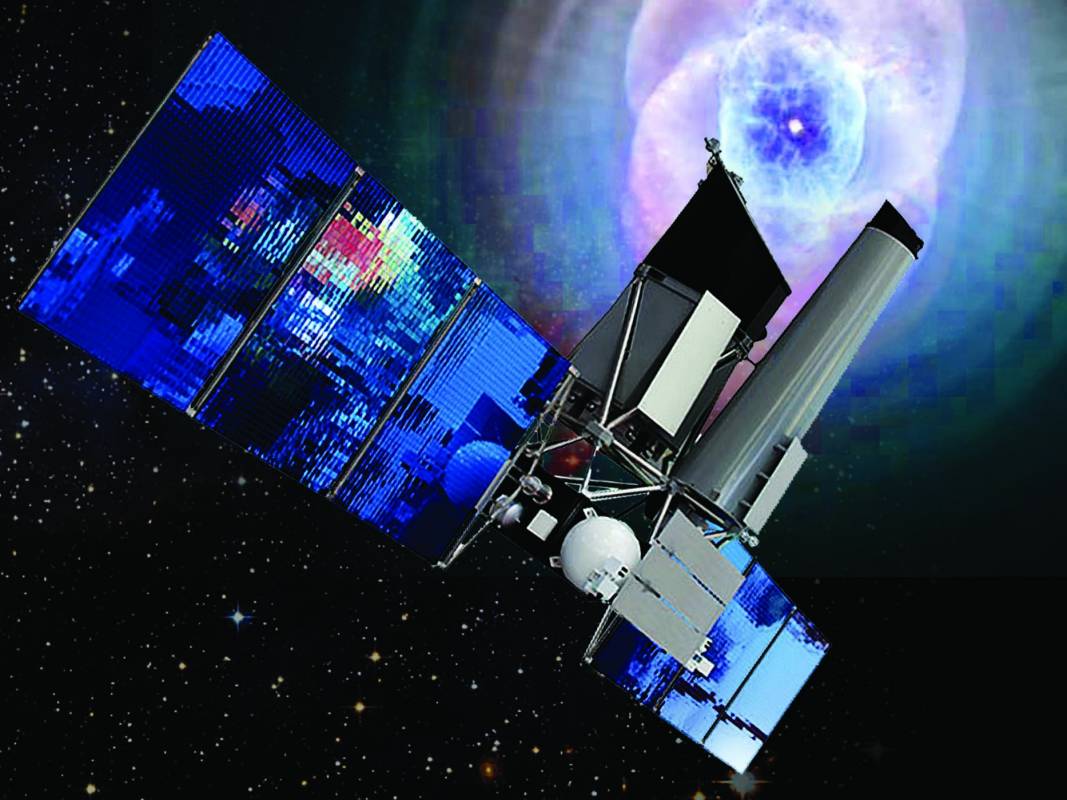 A daily download is delivered to the Max Planck Institute for Extraterrestrial Physics, which has assembled this first complete survey into an incredible colorized image.

“The red diffuse glow away from the galactic plane is the emission of the hot gas in the vicinity of the solar system (the Local Bubble),” the researchers explain. “Along the plane itself, dust and gas absorb the lowest energy X-ray photons, so that only high-energy emitting sources can be seen, and their color appears blue in the image.”

In the center, meanwhile, is a plume of hotter gasses represented in green and yellow. They’re the results of some of the most explosive events in the universe, such as supernova explosions and potentially even the remnants of the supermassive black hole believed to be at the center of the galaxy. 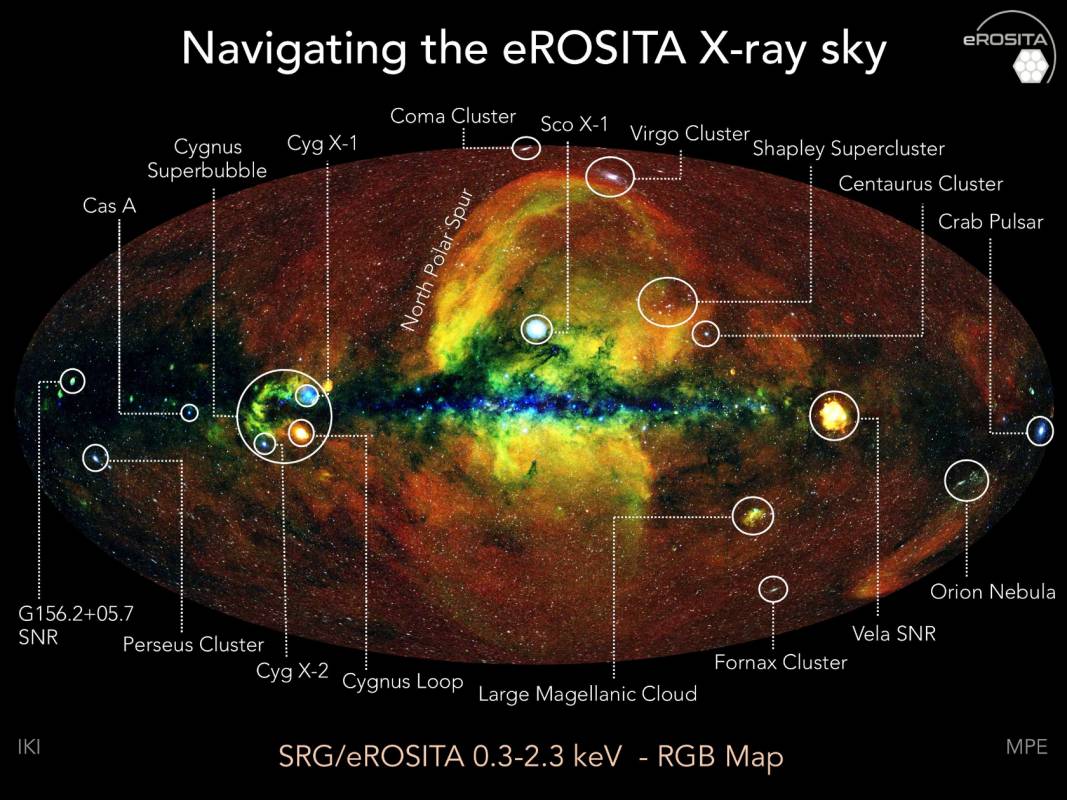 “Piercing through this turbulent, hot diffuse medium, are hundreds of thousands of X-ray sources, which appear mostly white in the image, and uniformly distributed over the sky,” the Max Planck Institute researchers observe. “Among them, distant active galactic nuclei (including a few emitting at a time when the Universe was less than one tenth of its current age) are visible as point sources, while clusters of galaxies reveal themselves as extended X-ray nebulosities.”

In total there are around a million X-ray sources that have already been identified in the image. Scientists plan to compare the all-sky data from eROSITA with existing data from other instruments that collect at different wavelengths.

“This combination of sky area and depth is transformational,” Kirpal Nandra, head of the high-energy astrophysics group at MPE, explains. “We are already sampling a cosmological volume of the hot Universe much larger than has been possible before. Over the next few years, we’ll be able to probe even further, out to where the first giant cosmic structures and supermassive black holes were forming.”

As that work happens on Earth, eROSITA continues its data-gathering out in space. By the end of the year, it’s expected to have completed a second all-sky survey, which will allow the evolution of the universe to be gauged between the two. It’ll go on to complete 7 maps in the next three and a half years. “Their combined sensitivity will be a factor of 5 better and will be used by astrophysicists and cosmologists for decades,” Rashid Sunyaev, Lead Scientist of the Russian SRG team, says.