Epson‘s Moverio BT-200 smart glasses have begun shipping, beating Google’s Glass to the shelves, though targeting enthusiasts, enterprise users, and developers more than the mass market. The wearable differs from Glass in that it embeds a transparent display in each lens, allowing the headset to deliver true augmented reality as well as 3D graphics.

We caught up with Epson to find out more about the production goals for the BT-200 smart glasses, which are priced at $699.99. Although 2014 has been dubbed by some as “the year of wearables”, Epson’s ambitions are a little more conservative. 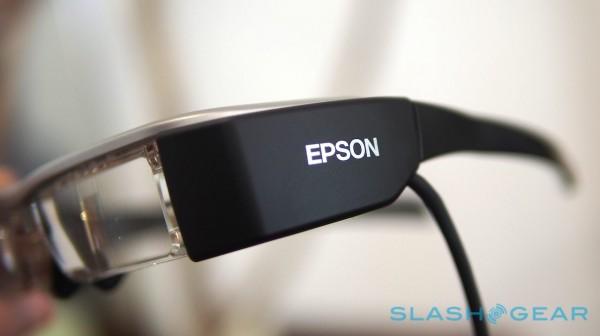 For a start, while the mass market certainly seems intrigued by smart glasses, Epson believes that it’ll be in the enterprise – and, to a lesser extent initially – where the technology is adopted first. There, there’s less concern about how “cool” or socially-acceptable the wearable is, just as long as it’s fit for purpose.

In fact, Epson already has some apps for the Android-powered headset, taking advantage of its twin 960 x 540 displays, range of onboard sensors – accelerometer, gyroscope, and digital compass, among others – and front-facing camera. One the company showed us could automatically check a store shelf and highlight any discrepancies from what the display was meant to look like, overlying icons flagging up incorrectly-positioned items directly in the user’s line of sight.

Another, intended for demonstrating the features of new cars, recognizes different aspects of a dashboard and floats interactive glyphs over the top. Clicking the glyphs calls up video demos of things like the infotainment system. 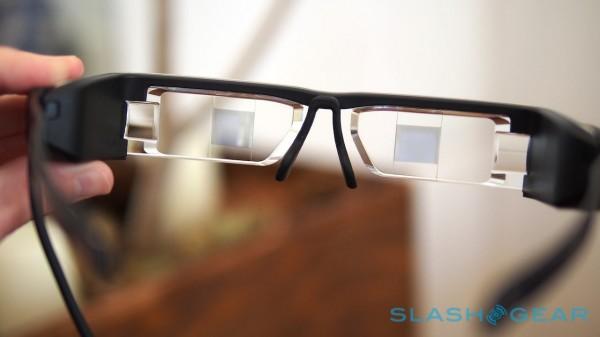 It’s a far tighter experience all round, in fact. The production set is solid and sturdy, with none of the flex or wiggle in the eyepieces that the prototype had suffered (admitted after having been dragged around the show circuit for numerous Epson demos). A double-tap on the side of the glasses is now recognized by the motion sensor, toggling the displays on and off. 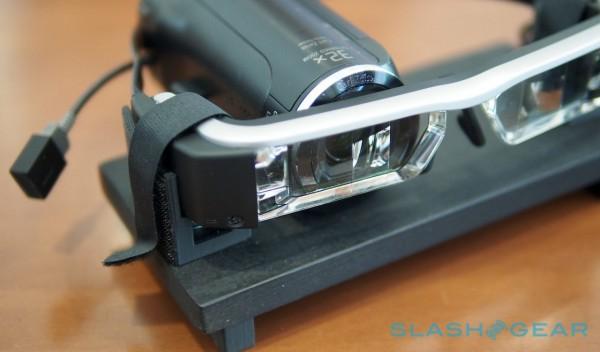 Epson also showed us the answer it had cooked up to one of the lingering issues around demonstrating wearable devices: how, exactly, do you show people what’s going on with the display, when it’s intended to be worn on your face? The answer is a special, 3D-printed camera rig into which the Moverio BT-200 can slot, and which with a little focus tinkering can capture just what the transparent displays are showing.

How long it might take before Moverio technology segues into the mass market remains to be seen. Right now, the headset is conspicuously wide so as to accommodate the micro-display technology, and of course requires a wired connection to the processor/battery pack with its touchpad for navigating through Android. That might be acceptable to a roving worker, but it’s unlikely to be palatable to those for whom even Glass is considered bulky.

We’ll know more when we put the Moverio BT-200 through its paces ourselves, but if you want to jump onboard with one of the first binocular wearable headsets to hit full retail, you can order one today. 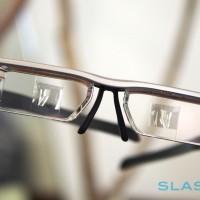 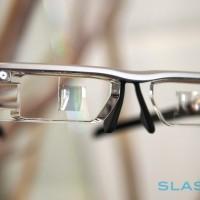 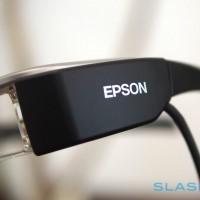 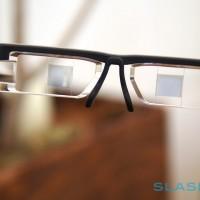 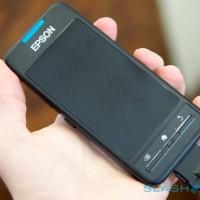 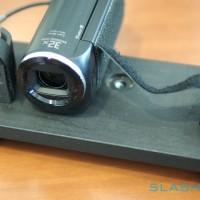 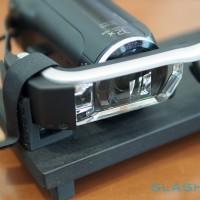