Epson has introduced a new ultra-short-throw projector designed specifically for home entertainment needs; it offers 4K Ultra HD resolution alongside Android TV, enabling users to directly access and project content from their favorite streaming apps. As with other ultra-short-throw projectors, the Epson EpiqVision Ultra LS500 is designed to be placed very close to the wall or screen onto which the image is projected.

Epson introduced the new EpiqVision Ultra LS500 laser projection TV earlier this week, unveiling a product capable of projecting up to a 120-inch image when positioned inches from the wall where the screen is located. The big benefit of an ultra-short-throw projector is that the device is placed inconspicuously near the wall on one’s entertainment setup, eliminating the need to have a big, garish projector mounted on a wall across the room. 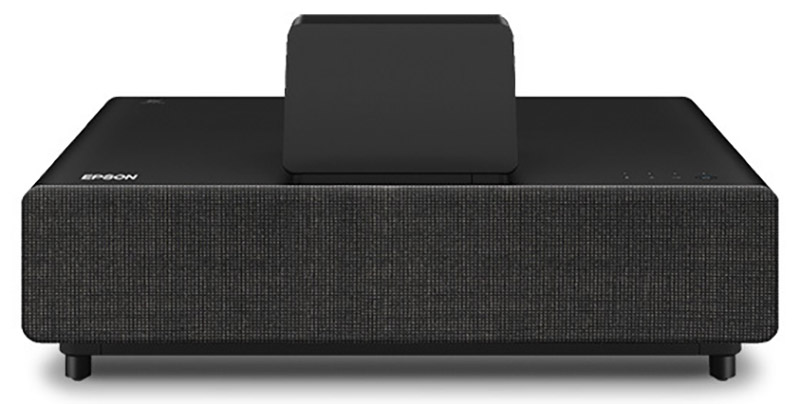 As well, because an ultra-short-throw projector is placed so close to the wall, it is impossible for a person or pet to walk in front of the projector, blocking the image. According to Epson, the LS500 supports 10-bit HDR and is capable of ‘faithfully’ reproducing HDR content. This feature is paired with 4,000 lumens for a bright picture.

The projector’s 3-chip 3LCD tech enables it to display Rec.709 color space; this is joined by a massive 2,000,000:1 contrast ratio for what Epson says is ‘incredibly deep blacks.’ Beyond that, this model also features 12-bit analog-to-digital real-time video processing, which the company says is intended to get rid of compression artifacts like banding and blocking.

As for streaming content, the LS500 projector features 18Gbps HDMI 2.0 with ARC support, which is compatible with nearly all color formats and color spaces, as well as most 4K HDR 60Hz content. The built-in Android TV platform provides direct access to all of the apps supported by the OS, eliminating the need to connect a third-party dongle or box.

Epson is now offering the LS500 4K Android TV laser projector through its online store and certain retailers in two model options: a 100-inch screen for $4,999 USD and a 120-inch model for $5,999 USD.