Epic Games is once again taking a jab at Apple, this time with a newly announced free asset pack that enables players to print their own gear. The new offering was introduced alongside a Fortnite llama image with a design clearly inspired by the classic Apple logo, and it is joined by similarly-styled text. In case the imagery wasn’t obvious enough, Epic drives home its point by repeatedly saying, “Free Fortnite.”

As announced earlier this week, Epic plans to hold a new #FreeFortnite Cup event on August 23 (this weekend), which will give players the chance to win gear revolving around the #FreeFortnite campaign. This, of course, links to the lawsuit Epic recently filed against Apple over its App Store fees.

That legal spat followed Epic’s deliberate provocation of the Apple, which involved adding a direct payment option in the Fortnite Mobile game in order to avoid Apple’s 30-percent App Store transaction fee. Apple quickly removed Fortnite from its App Store for violating its rules, and Epic slapped the company with a lawsuit nearly immediately in return. A similar battle was initiated with Google shortly after. 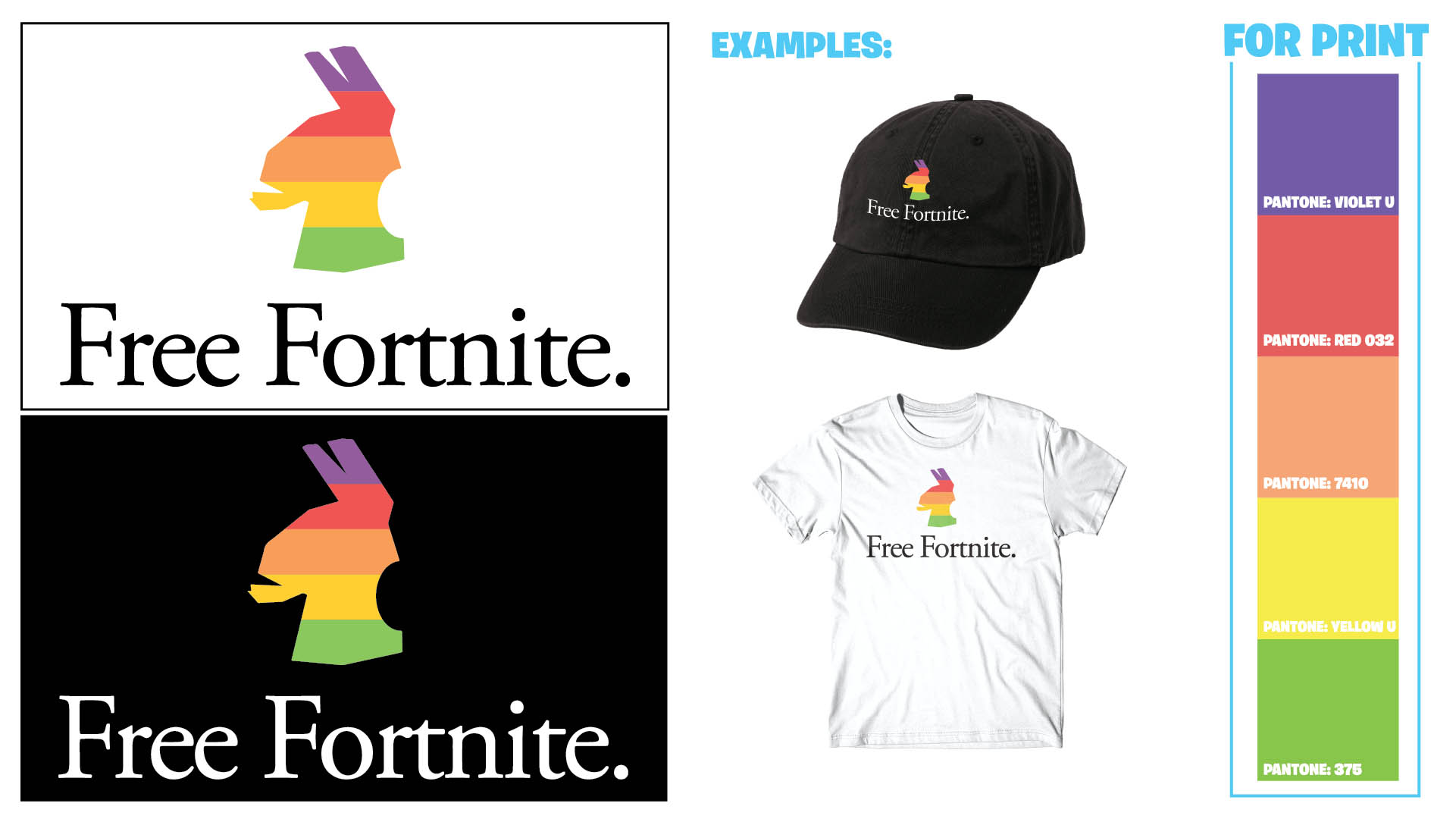 Though Epic is currently fighting with both Apple and Google in court, it is focusing on Apple in its promotional materials — these efforts have included a 1984-themed Fortnite trailer that played when players loaded the game, the #FreeFortnite hashtag presented in-game and elsewhere, as well this weekend’s new tournament and, as of Friday, the free asset kit.

The download simply contains the rainbow llama image above, one with the text and one without it. As well, the asset pack also includes the simple guide above showing ways the image can be printed onto consumer merchandise by players, as well as the color codes that should be used for printing.

Anyone can download the asset pack on Epic’s website here. Epic says that while players are free to print the imagery, it must include the ‘Free Fortnite’ text with the llama image.