Epic is expanding its portfolio once more, announcing today that it has purchased Harmonix. While Harmonix has been a little quiet in recent years, the company was a household name not too long ago, developing some of the early Guitar Hero titles before eventually moving on and creating the Rock Band and Dance Central franchises. Now it will be joining Epic Games, and while it’ll still be working with music, it sounds like a Rock Band revival isn’t in the cards at the moment.

Epic buys Harmonix in a play for the Metaverse

While Harmonix and Epic are keeping some details close to the chest for now, there were some important details revealed today. In a blog post on its website, Harmonix says that it will be “working with Epic to once again challenge expectations as we bring our unique brand of musical gaming experiences to the Metaverse, and we couldn’t be more excited.”

That’s slightly vague, but Harmonix gets a bit clearer later in a brief FAQ about the acquisition. The company says that it will be working to “create musical journeys and gameplay for Fortnite.” That, again, doesn’t give a whole lot away, but it sounds like we can look forward to Harmonix’s musical touch in Fortnite at some point in the future.

It does seem like buying an entire development studio just to have it contribute to Fortnite is an exercise in excess, so Epic may have more extensive plans for Harmonix later on down the road. For now, however, it seems like the company will be tasked with making Fortnite a little more musical, and that isn’t necessarily a bad thing given Harmonix’s history.

What this means for Steam, Rock Band, and Fuser

An Epic acquisition like this always comes with a bunch of questions given Epic’s ongoing battle for market share against Steam, and thankfully, we have some answers on that front. In that same FAQ, Harmonix says that it will continue with its existing plans for Rock Band DLC, Rock Band Rivals seasons, and Fuser events, so nothing is changing in regards to those. 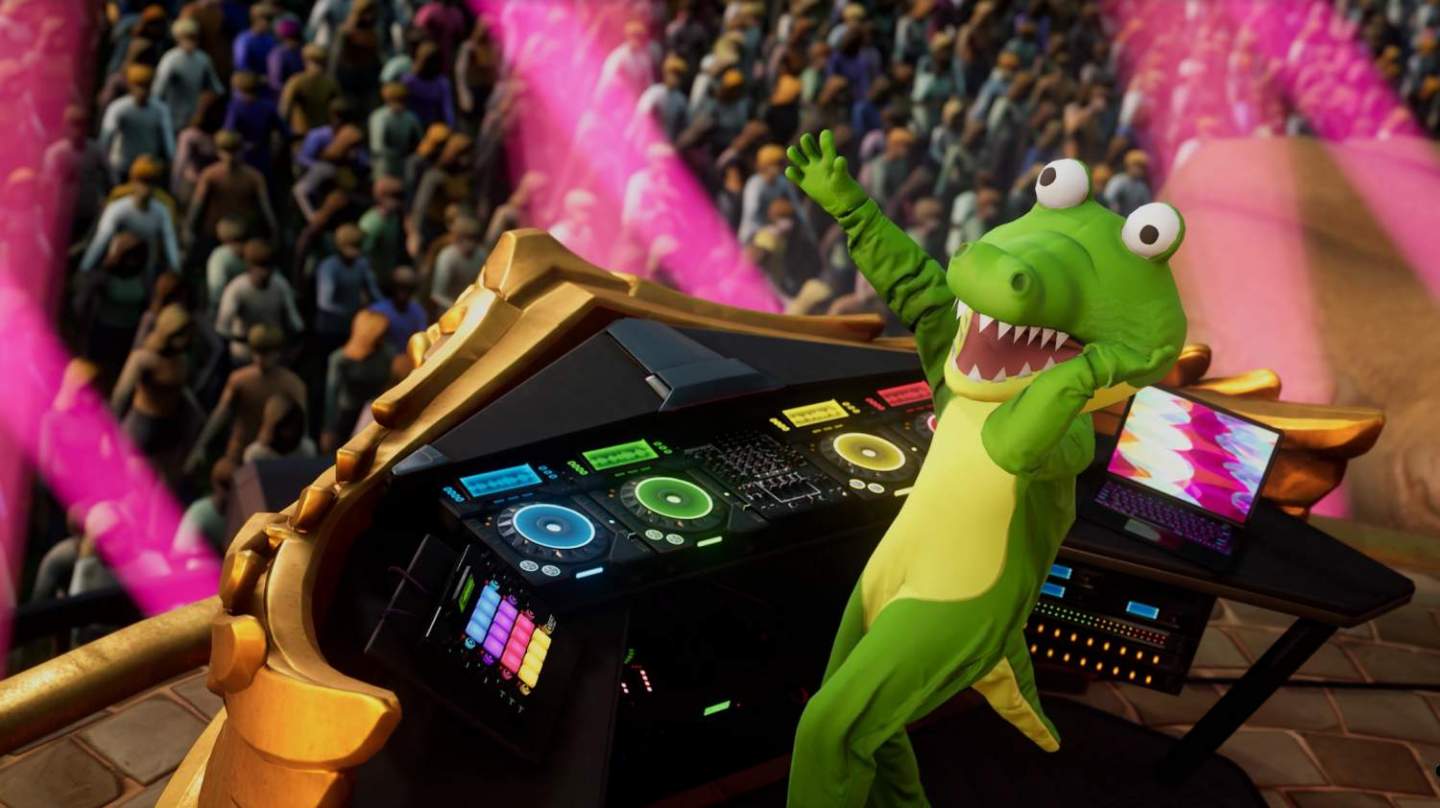 The studio also says that its games will remain on Steam following the acquisition, which is good news indeed. Epic isn’t above acquiring studios and removing their games from Steam in a play to grow the Epic Games Store’s userbase – in fact, it did just that when it acquired Rocket League developer Psyonix. Once that acquisition was complete, Rocket League disappeared from Steam and was listed on the Epic Games Store as a free-to-play title, though everyone who already owned the game through Steam could continue playing through that platform.

If you were hoping that the financial backing of Epic could potentially mean that Harmonix would send Rock Band instruments back into production, unfortunately, it seems that won’t be the case. Harmonix says there’s no current plan to make more Rock Band instruments, which have shot up in price in recent months. If you’re looking to pick up Rock Band again, it sounds like you’ll just have to keep an eye out for a deal on second-hand instruments or shell out for the expensive ones listed on eBay.

So, for now, we don’t know what Epic has in mind for Harmonix, but hopefully, more specifics will be coming around the bend shortly. We’ll let you know when the two companies share more about this acquisition, so stay tuned.